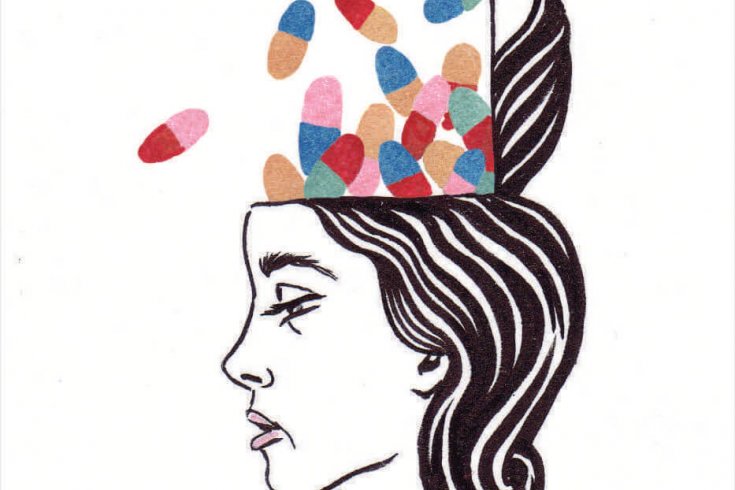 An attractive twenty-eight-year-old in a woollen coat a bit too heavy for the April weather walks into a pub in Toronto’s Beaches neighbourhood. He takes a seat just a few stools away from the only other patron at the bar, a forty-one-year-old regular with a doctorate in science, and the two start chatting. The younger man says he’s new in town—a mathematician working for Goldman Sachs, in the process of buying a $750,000 home nearby. But his wallet, passport, and laptop were stolen a few days before at Starbucks. As they head outside for a smoke, the stranger asks for a couple of hundred bucks to tide him over; a career scammer, he makes off with $460. By the time Simon Gann was arrested last summer, he’d racked up fourteen fraud charges, following a familiar grifters’ pattern, but with a final touch one can imagine eliciting an admiring smile down at the con artists’ clubhouse: often, he claimed to have Asperger’s syndrome, a form of autism spectrum disorder (ASD) usually associated with social awkwardness, exceptional intelligence, and an inability to deceive others.

Gann’s pretense puts him in the company of another, more illustrious (and less felonious) group. Musician Gary Numan, BitTorrent creator Bram Cohen, economics Nobel laureate Vernon Smith, surfer Clay Marzo—all are part of a growing list of successful individuals who’ve stepped forward to say they, too, are Aspies (the preferred short form of the label for those with Asperger’s). But why? Perhaps it’s because few disorders are associated with such an outwardly favourable mix of symptoms, providing the suggestion of genius alongside a built-in excuse for behaviour most would view as narcissistic, tedious, or rude. One can’t help but wonder whether some, at least, are conning themselves into believing that their social failures have a genetic cause.

Making dopes out of well-adjusted dopers

In 2007, Australian consumers learned of a cure for everything that ailed them: havidol (avafynetmyme hcl), a drug developed to treat dysphoric social attention consumption deficit anxiety disorder (dsacdad). Billboards, TV and print ads, and a flashy website spoke to the healthy, successful, but occasionally discontented masses: “If you believe that despite the opportunities, achievements, and acquisitions you already have, something is still missing, then havidol may be right for you.” havidol, is of course, fictitious, a mock campaign launched by Aussie artist Justine Cooper. The project was intended as a critique of “disease mongering,” the tendency of drug companies to transform commonplace gripes into treatable disorders. Nevertheless, havidol received its share of genuine interest, including a mention on at least one medical website.

Before the HBO biopic about ASD advocate Dr. Temple Grandin, the Aspergian Dr. Sheldon Cooper on The Big Bang Theory, and John Elder Robison’s memoir Look Me in the Eye (but a year after Mark Haddon used a “savant” as his protagonist in The Curious Incident of the Dog in the Night-Time), comedian Dan Aykroyd admitted to having mild Asperger’s to National Public Radio Fresh Air host Terry Gross in a 2004 radio interview. “I can’t tell if you’re kidding or not,” said the usually unflappable host, after Aykroyd added that his mild symptoms are now mostly limited to an obsessive fascination with the police, and a need to carry a badge at all times, because without one “I feel naked.” He’d been diagnosed as a child in the early ’60s, he said—though Asperger’s wasn’t listed in the whoʼs International Classification of Diseases, used in Canada, until 1992.

In fact, while children with Asperger’s are now typically diagnosed between the ages of five and eight, many adults were misdiagnosed with other psychiatric disorders or labelled as juvenile delinquents for apparent anti-social behaviour, or simply stumbled along feeling out of step with the society around them. For a lucky few, their obsessive interests led them to excel in their chosen fields, and that success in turn allowed them greater leeway for their social quirks: the eccentric professor, the nerdy computer whiz, the ill-tempered musical genius. Meanwhile, as the diagnosis gained prominence, so too did the Internet, and with it widespread access to self-diagnostic tools like the Autism-Spectrum Quotient or AQ test, developed at Cambridge University’s Autism Research Centre by psychologist Simon Baron-Cohen (cousin of comedian Sacha Baron Cohen).

“I’m going to get into trouble for saying this,” says Anthony Easton, a twenty-nine-year-old University of Toronto graduate student who was diagnosed with Asperger’s fifteen years ago (when treatment included having hula hoops suspended around his teenage frame to teach him the concept of personal space). A member of various asd social groups, he has observed that “often the basis for self-diagnosis starts with ‘I have no social skills.’ Well, you have no fucking social skills because you play fourteen hours of World of Warcraft a day!”

But there’s a flip side to facile self-diagnosis, says Elesia Ashkenazy, a board member with the US-based Autistic Self Advocacy Network: adults who can’t get a medical diagnosis because they’ve managed to “compensate” for their Asperger’s symptoms and so no longer fit the diagnostic criteria. “People are punished for learning to pass,” she says. Now even those diagnostic criteria are up for debate. The committee charged with revising the American Psychiatric Association’s widely referenced Diagnostic and Statistical Manual of Mental Disorders is considering eliminating Asperger’s as a distinct disorder and officially pulling it under the ASD label.

Diagnostically, this is exactly the kind of muddle that tends to irritate precision-oriented Aspies. What if some people who claim to have Asperger’s really don’t? Perhaps it doesn’t matter, says Ashkenazy, if along the way the misdiagnosed find support and connection with a group that welcomes them—especially if the larger community considers their behaviour socially dysfunctional. “There are people who are suffering because they don’t have a diagnosis,” says Easton, softer now. “They don’t understand why they are how they are—people who can’t hold down jobs, can’t maintain relationships. These things are real, and they ruin lives.”

It sounds like a flip-flop, but Easton argues that there’s a more nuanced way to look at it. “Sometimes I piss people off because I mean to piss them off,” he says, “and sometimes I have no idea what the fuck I’m doing and I provoke by accident. But people assume that it’s one or the other, that I’m always provocative, or it’s all because of the Asperger’s.” The problem, he believes, is our human tendency to attribute behaviour to a single cause. Is it possible there’s a bit of the con in all of us? Easton smiles. “As my friend Ray says, just because you’re Aspie doesn’t mean you’re not an asshole.”