The Other Vaccine Controversy | The Walrus
Skip to content 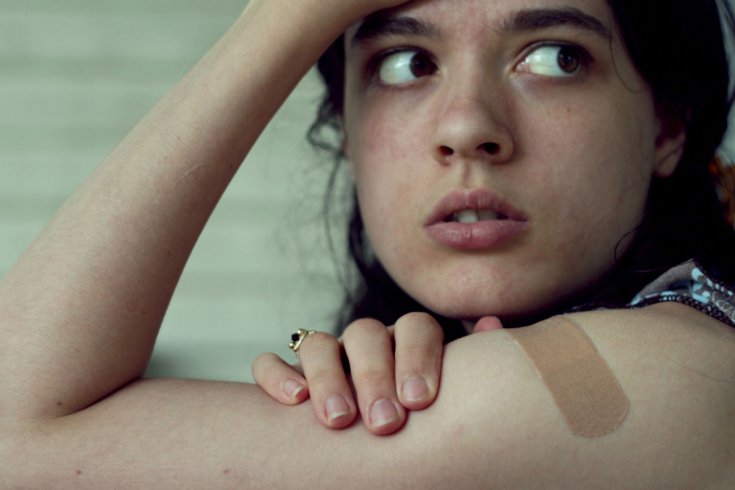 When I was twenty-two weeks pregnant with triplets, I had a craving for a Jamba Juice. So I had one. Three days later I ruptured my membranes and my son Aidan was born and died.

During the hospitalization that followed I had a craving for another Jamba Juice. My then husband stalled and delayed until he finally admitted that he didn’t want to get it because What if it had caused my membranes to rupture? I was still pregnant with two boys and he just couldn’t take that risk.

Now I did many things that I don’t typically do the week before my membranes ruptured. I made tomatillo salsa. I ate homemade egg salad sandwiches. I watched Casablanca. But he was fixated on the Jamba Juice.

It’s easy to see why. When something terrible and with seemingly little explanation happens, we start searching for the cause. This, I believe, is the result of years of evolution. We are programmed to avoid the catastrophic, and how can we possibly avoid it without knowing the cause? We need to find something that helps us reframe what seems senseless.

Of course, as an OB/GYN I knew my membranes had ruptured because I was pregnant with triplets. That is a known risk, but the biological reasons have not been fully elucidated. I also knew that it was biologically implausible that I caught listeria (the only food-acquired infection that would cause me to rupture my membranes without otherwise felling ill) from the Pina Colada Jamba Juice, as I’m willing to bet they use pasteurized milk. But that is the difference between having the medical information to understand what seems unexplainable and not.

This is very important when we understand vaccine fears, because bad things do happen and many of us get vaccines. So catastrophic things will sometimes happen to people shortly after they get vaccinated, and it is the job of science to figure out if this is cause and effect or not. It’s the job of journalists to present this information to the public in a balanced, factual, non-sensationalist way.

Except at the Toronto Star—apparently their job is to present biased reporting about the HPV vaccine with little regard for published data (i.e., facts). And what better time to stoke fears about vaccines for page hits than in the middle of a measles epidemic related to low vaccination rates due to unfounded vaccine fears?

Last Thursday, the Star’s front page was awash with claims that the HPV vaccine had grievously injured young girl after young girl in Canada. Three photos of the reportedly injured girls were presented along with a photo of a mother holding a photo of her deceased daughter.

The death of any young girl is a tragic thing. Severe illness and injury are tragic things, especially to the young. However, saying these things happened sometime after receiving a Gardasil shot is not proof at all. Interviewing a known anti-Gardasil crusader, Dr. Diane Harper, is not exploring the story—it’s interviewing someone who curiously is opposed to Gardasil, but finds the competing Cervarix vaccine very safe.

Paragraph after paragraph of the Star article, co-authored by reporters David Bruser and Jesse McLean, is dedicated to detailing the terrible things that happened to these young girls and their families. In an Oprah-esque move, the wealth of information detailing the vaccine’s safety is distilled to a few comments—easy to ignore among the trail of destruction allegedly due to the vaccine. The president of the Society of Obstetricians and Gynecologists of Canada (SOGC) is quoted as calling Gardasil “safe,” and a Health Canada spokeswoman is reported as saying, “None of the adverse events reviewed have suggested any concerning trends or patterns linked to the HPV vaccines in Canada.” Not much to counter the visceral reactions of a young girl with a nasogastric tube or a mother holding a picture of her dead child.

In addition to the reporting bias, the article also completely misunderstands/misrepresents the Vaccine Adverse Event Reporting System (VAERS) in the US:

In the U.S., where there is a public database of vaccine-related side-effect reports collected from around the world, the Star found thousands of suspected cases, including more than 100 deaths. While the number and details of these reports may be concerning . . .

But VAERS is not causation, it’s a collection of events. To insinuate otherwise is wrong and irresponsible.

In a three-minute search on PubMed, the online database of biomedical literature, I found three articles that the reporters apparently missed (assuming, of course, that unbiased reporting was the goal):

If going through PubMed was too much of a chore, there are excellent reviews of the HPV vaccine in Forbes, with links to safety data, and also at the Public Library of Science’s PLOS Blogs. I’ve written on the safety of HPV vaccination. I have previously spoken with Dr. Kevin Ault from the University of Kansas, an HPV vaccine investigator, who doesn’t feel there is any safety concern hidden in the data. He had his own daughters vaccinated.

It’s also very curious to me that the Star’s reporters didn’t ask Dr. Harper for references to back up her claims about “harm”—although, to be fair, it is unclear if she is speaking about her concern that young women may forgo Pap smears if they get vaccinated. But then again there is very little data in the article at all, so perhaps I shouldn’t be surprised.

Reporting requires looking at all sides of the story. To write about vaccine concerns with zero facts to support your assertions, and only interview a researcher who appears to have significant bias, is tabloid journalism at best. It only contributes to vaccine myths.

No one is doubting that the girls in the article had illnesses and that there was great suffering. However, study after study shows that there is no link between the kinds of events reported and the vaccine. In fact, blaming the vaccine might even prevent doctors from looking for other causes of these events.

The press has already done so much damage when it comes to vaccine safety, why must the Toronto Star further contribute to this misinformation?