The Last Human Right | The Walrus
Skip to content 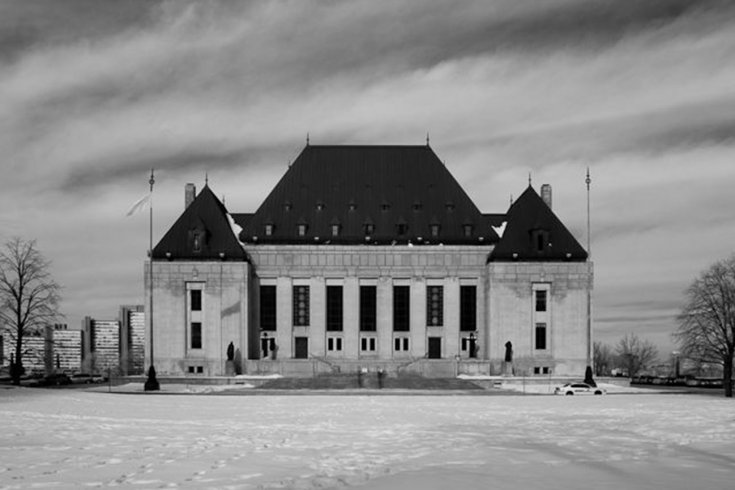 In late 1986, Quebec film director Claude Jutra stocked up on food for his cats—food that he knew would be served to his pets by others. Alzheimer’s disease had caused his writing ability to deteriorate, but he still was able to sketch out the dietary preferences of each cat using hand-drawn pictures. He also left behind some pre-written notes for loved ones, and a journal described by Montreal writer Ann Charney (who studied his last days) as an “astonishingly lucid record of the progress of his disease.”

Jutra knew exactly what Alzheimer’s and depression had done to him in the past. And he knew what they would do to him in the future. On November 5, 1986, he jumped off Montreal’s Jacques Cartier Bridge into chilly water. It’s impossible to say whether he died instantly, or in frigid agony. But more than five months later, his decomposed body washed up on the banks of the St. Lawrence River.

Why did Jutra pick that day to die? Here’s my theory. In Canada, physician-assisted suicide was illegal in 1986, as it is now. This creates a Catch-22 for patients suffering from degenerative illnesses. Either you kill yourself in some clumsy, awful, amateurish way—with a gun, a knife, a bottle of pills, or a bridge—while you still are well enough to feed the cats. Or you wait till you’re so debilitated that life becomes unremittingly awful . . . but by that time, you can’t perform the final deed yourself. For Jutra, November 5, 1986 may have felt like one of the last days he confidently could perform the act himself.

As a result of today’s Supreme Court decision in the case of Carter v. Canada, Canadians suffering from grievous and irremediable medical conditions that cause enduring and intolerable suffering will no longer face Jutra’s choice. By unanimous judgment, the Court declared void Criminal Code Sections 14 and 241(b), insofar as they prohibit a physician from assisting such a consenting patient in ending his or her life.

It is a stunning judgment—and also a welcome one. The ability to cut short an existence characterized only by suffering and sorrow should be regarded as nothing less than a fundamental human right. The Supreme Court is to be applauded for vindicating it so forcefully and unambiguously.

This litigation began in 2009 with a woman named Gloria Taylor (1948–2012), who had been diagnosed with amyotrophic lateral sclerosis (ALS)—an incurable, invariably fatal muscle-wasting condition known commonly as Lou Gehrig’s disease. The average survival from onset is about four years; patients gradually lose control of all body functions, and typically die from respiratory failure—which is to say, by slow suffocation. In their advanced stages, ALS patients face Jutra’s choice because they lose the ability even to open a bottle of pills, let alone walk a bridge.

“There will come a point when I will know that enough is enough,” Taylor said in 2010.

I cannot say precisely when that time will be. It is not a question of “when I can’t walk” or “when I can’t talk.” There is no pre-set trigger moment. I just know that, globally, there will be some point in time when I will be able to say—“this is it, this is the point where life is just not worthwhile.” When that time comes, I want to be able to call my family together, tell them of my decision, say a dignified goodbye and obtain final closure—for me and for them.

As it happens, Taylor died as a result of an infection in 2012, before ALS took its full course. Her death is described as humane and peaceful, with loved ones by her side. In a grim sense, she was lucky—even if that word seems morbidly inapt—because she breathed her last in the way (if not at the exact time) of her choosing.

Taylor’s story shows us how Canadian criminal law has turned the act of dying into a horrible legal lottery: those of us who lie in a hospital bed praying for the reaper should not have to rely on some random bacterial pathogen to perform the mercy that a qualified, well-regulated medical corps should be doing for us.

The irony is that, as the Court notes in its judgment, slow-motion physician-assisted suicide of a sort already is legal in Canada—i.e., the administration of high-dose palliative sedation coupled with the withdrawal of food and water over days, weeks or months. There is no real ethical distinction between this current practice and the more humane, less drawn-out methods that are the subject of Carter. But because death by hospital-bed starvation in an opaque fog of morphine is seen as more “natural” in some traditional, aesthetic sense, social conservatives draw an artificial distinction between one and the other. Thankfully, the Supreme Court has overturned this hypocrisy.

The Court has given the federal government a year to bring the Criminal Code in accordance with today’s judgment. During this period, we will hear all sorts of grim warnings about how Canadians now are on a slippery slope to a dystopia, in which the old and infirm will be summarily dispatched to termination chambers after providing coerced, pro-forma consent. (In a media release today, an umbrella group called the Euthanasia Prevention Coalition actually suggested that we could be witnessing the first draft of a Canadian version of the Nuremburg Code.) But as the Court observed, more than two decades of experience in other Western jurisdictions that have legalized physician-assisted suicide show us the exact opposite: Oregon, which began allowing physician-assisted death in 1997, today bears scant resemblance to Nazi Germany or P. D. James’s The Children of Men.

The idea that we must all live life to its last possible moments is fundamentally a vestige of a religious attitude: the spark of life was given to us by God, and may be extinguished only when God wills it. Thanks to the Supreme Court, the personal autonomy of suffering Canadians will now be worth more than this outdated, existential superstition.