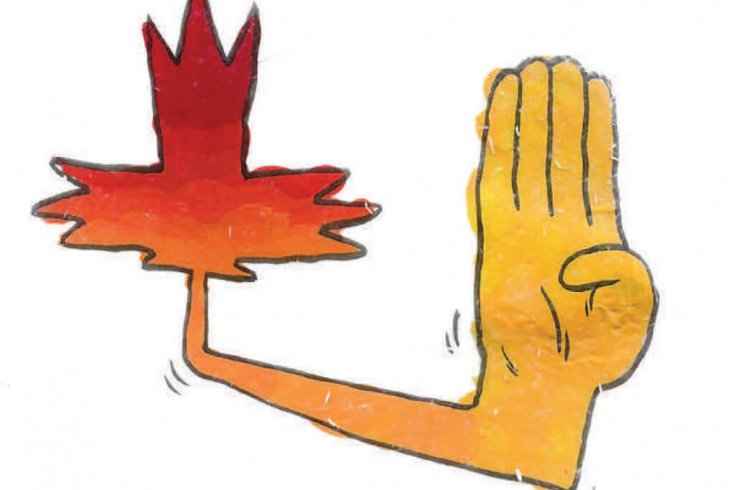 Bashir Mohamed is the very picture of a proud proprietor, flitting sociably between tables at the Mug, his chic bistro in the heart of Nairobi’s business district. It is Friday evening, and the city’s young professionals have arrived en masse to decompress over steaming lattes (no alcohol is served, this being a Muslim establishment). The wall-mounted flat screen television is tuned to Ghana’s World Cup game against Uruguay, and every so often the entire place heaves with despair as the home team misses another goal—not that everyone in the café is Ghanaian. Many are Somalis, like Bashir, but then the entire continent’s hopes are pinned on the Black Stars. More unexpected, perhaps, is that most of the Somalis here have come to Kenya by way of Canada.

Bashir has this in common with his patrons, too. The now forty-five-year-old moved to Toronto in 1990, followed shortly by the rest of his family, to escape the growing unrest in Somalia. He enrolled in the DeVry Institute of Technology’s computer information systems program; four years later, eager to put his newfound skills to use, he headed out into the job market, but turned up little. As a member of Canada’s Somali community, one of the largest outside Somalia, I’ve heard variations of this story for years. Since the early ’90s, tens of thousands of Somali refugees have converged on the GTA in search of the Canadian dream, but while they have reasonably good access to education, unemployment at last count was 22 percent, well over the single-digit statistic for the region.

After two years of underemployment, Bashir decamped to Washington, DC, where he was hired as a software engineer, earning double what he had in Canada. Eventually, however, he began to hear stories about Somali expats capitalizing on tremendous business opportunities in Kenya, friends who’d figured out how to turn the country’s favourable exchange rates, cheap labour, and minimal competition into lucrative self-employment. He relocated in 2008, and now owns the Mug as well as a share in Premier Fitness Centre, targeted at Nairobi’s yuppie class. It’s the classic story of an immigrant making good, but is it a Canadian success story? His expression betrays a lack of patience for sentimentalism. “Citizenship is great,” he says, “but at the end of the day I want to be productive. How can I be productive if the opportunities are not there? ”

The Yaya Centre is a popular North American-style mall, complete with marble floors and canned music, located far from the Mug in one of Nairobi’s leafy suburbs. When I finally find my way to the Alexander café inside, Bashir’s younger brother Fathudin is waiting for me. He is lanky, like his sibling, but more soft spoken, and his glasses give him an air of professorial gravitas. “Moving to Canada as a young man was an exciting thing,” he says, between sips of the ubiquitous coffee. Having discovered a passion for international development while volunteering for the Somali Youth Association of Toronto, he went on to study political science at Carleton University in Ottawa. He had trouble finding work after graduation and moved to the US; two years later, master’s degree in hand, he returned. “I always wanted to work at a place like CIDA or Foreign Affairs,” he says—but he also had a wife and kids to support, so he took a job with Capital Taxi. “Ottawa being a government city, I used to meet a lot of bureaucrats that way,” he recalls. “I’d keep a stack of resumés in the glove compartment, just in case an opportunity presented itself.”

Few fares were surprised someone so educated was driving cab, and some even offered to help, but nothing ever panned out. “I remember reading a newspaper article that claimed 60 percent of government jobs are gotten through family and friends,” he says, as his cellphone lights up for the umpteenth time. “So you can imagine what your chances are if you are new to Canada.” A fellow Somali Canadian recommended him for a position with Mercy-USA, a Michigan NGO that provides health care, nutrition, and clean water to marginalized communities around the world. Today he is director of the agency’s operations in Kenya and Somalia.

Despite everything Canada turned out not to be, he apparently still has a soft spot for this country. “That is where I went to university. That is where I got married. That is where I had my two children,” he says. We climb into his gleaming SUV. “You don’t get everything you want in one place, in one country.” But he admits that the longer he lives in Kenya, the less connected he feels to his former home. He dreams of retiring in Ottawa. “Maybe one day you will buy a cottage, the quintessential middle-class Canadian experience,” I say cheekily. He laughs. “Yes. Who knows? We will see.”

Canadians take pride in the belief that their country is more welcoming to immigrants than the United States is. But a recent Gallup poll shows that most newcomers would prefer to land south of the forty-ninth parallel: more than two-thirds of immigrants in their teens, and over half of those aged twenty-five to fifty. Some studies suggest that children of immigrants face greater harassment at school, while others indicate that the trouble is Canada’s minimum wage. But the paramount problem seems to be an inability to recognize and incorporate the skills of immigrants into our economy and culture. “All immigrants should think five times before making the decision to move here,” writes one commentator on Edar Aihil’s Canada Immigrant’s Blog. “Canada has the best-educated pizza delivery guys in the world. Cool, isn’t it? ”