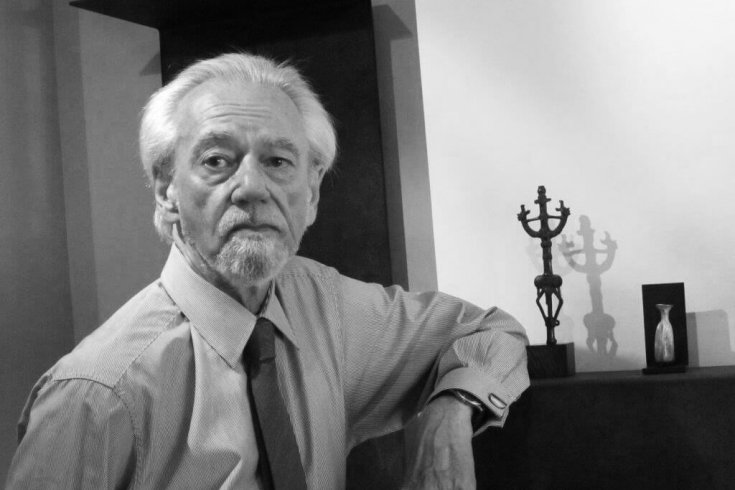 For lovers of well-wrought fiction, a small community that always has to huddle together to fend off extinction, John Metcalf is known as a short-story writer and man of letters. The two facets of his achievement are inextricable, since he’s not only written such classic stories as “The Years in Exile” and “Single Gents Only” but has also been tireless in championing the short story as a form with its own special properties and excellence.

Through the dozens of anthologies he’s edited, through his eloquent and forceful critical advocacy, and most especially through his mentoring and editing of scores of short-story writers ranging from Caroline Adderson to Stephen Heighton to Kathleen Winter, Metcalf has done more than anyone to make the short story the defining Canadian literary genre, a form both innovative and worthy of an international readership. Like his peers Alice Munro, Mavis Gallant, and Clark Blaise, Metcalf has written stories that will be read as long as humanity cherishes prose narrative. But he is also articulate about why the short story is the perfect laboratory for narrative experiment, the form where the immemorial human need to tell tales can be fused with the most advanced techniques of linguistic inventiveness.

To see John Metcalf simply as a short-story writer, however, is to sell him short; to define his best work, you have to resort to an awkward nonce word: novellaist.

The novella is Metcalf’s métier, the form where his fiction-making facility finds its fullest fruition. Vital Signs: Collected Novellas gathers together his entire output in the form, is essential for appreciating not just how fine a writer Metcalf can be but also how alert he is to the possibilities of literary form, finding, as he does, in the boundaries of the novella, an ample field for his various gifts—verbal precision, comic performance, narrative juxtaposition—not just to flourish but to create a beautiful completeness, the way the flowers in a well-tended garden exist not in isolation but in the service of the whole.

The novella is a betwixt-and-between form, sitting halfway between the novel and the short story. Novels have long been the most popular narrative vessel, engaging readers in an extended immersive experience. But the pleasures novels offer, more often than not, come at a price. Henry James’s indictment of the Victorian triple-decker as “large, loose baggy monsters” applies, alas, to all but the finest novels. Masterpieces aside, the novel’s cardinal sin is that its narrative length leads to verbal slackness, longueurs, loss of focus. It’s a rare novel that earns every word it uses.

Conversely, as Metcalf has taught us, the strength of the short story is that it can be perfect, just as poems can be perfect. In a great story, every paragraph, every sentence, every phrase, every word, exists for a reason. Yet the short story’s very shortness can also be problematic, depriving it of the expansiveness and amplitude of the novel, the novel’s ability to encompass multiple perspectives and the interplay of tones.

For Metcalf, the novella provides the best of both worlds: the linguistic exactness of the story and the broad canvas of the novel. As he wrote in his 2003 memoir An Aesthetic Underground, “The novella form fascinated me because it could be tightly controlled—page by page—as a short story could, yet at the same time was expansive enough to allow for theatrical effects. Individual scenes could be built with lyric intensity and then juxtaposed with broad comedy. Broad comedy could be tempered to become intensely moving. Writing novellas was a particularly joyful kind of playing.”

The novella has had few masters. Among the classic writers, there is Melville and Conrad. More recently, and much closer to Metcalf’s own writing practices, Alice Munro and Mavis Gallant, two “short-story writers” whose peak work was done in the novella form. Munro and Metcalf have been reading each others’ work for decades, and the literary scholars of the future will find a rich topic in studying how their careers cross-fertilized. In particular, one of Metcalf’s innovations in “Private Parts”—the unreliable narrator who is aware of his own unreliability—might well have informed Munro’s masterful “Meneseteung.” But more broadly, Metcalf and Munro have both given us a new kind of novella—not the extended “tale” of Melville and Conrad but something closer to a condensed novel, a work that is polyphonic in the way of the best novels but with a short-story-like tautness.

Literary forms are constraints that liberate: they push a writer to discipline language and narrative to maximum effect. Just as Shakespeare’s language bloomed in the rule-bound enclosure of the sonnet, the novella has been an enabling form for Metcalf, allowing him to hone his craft at both a micro and macro level.

The micro level is language itself, the macro level the shape of the unfolding story. For Metcalf, steeped in high modernism, fiction isn’t only a matter of le mot juste, but of language at the even more molecular level of syllable and punctuation. To be a true Metcalf reader you have to savour what he does with commas and italics, as well as with words. Here is a typical Metcalf paragraph from “Polly Ongle”:

It was Happy Hour in the bar on the main floor of the Chateau Laurier. People drifting in were pantomiming distress and amazement as they eased out of sodden raincoats or used the edge of their hands to wipe rain from eyebrows and foreheads. Men were seating themselves gingerly and loosening from their knees the cling of damp cloth; women were being casually dangerous with umbrellas. Necks were being mopped with handkerchiefs; spectacles were being polished with bar napkins.

This is a typical Metcalf paragraph, not one with particularly heightened language or a set-piece. Yet attend to how much craft there is even in a paragraph devoted to simple stage setting.

There’s the puckish play of the adjectives: “gingerly” is carefully placed after “men were seating themselves” so as to mimic the very movement being described. “Casually dangerous” is impishly oxymoronic.

There’s the texture of the words themselves. The phrase “loosening from their knees the cling of damp cloth” has a nice dance between the “n” and “m” sounds with the hard-c sound of “cling” and “cloth” which, to my ears, evokes the distant clang of cutlery heard at a restaurant. The “i” in “cling” and the “a” and “p” in “damp” capture in sound the lifting of damp cloth away from skin.

There’s the delicious evocativeness of the diction: “pantomiming,” “sodden,” and “mopped” all sharpening our perception.

Finally, the use of the semi-colon in the last two sentences gives an orderly shape. The semi-colons serve as a scale, suggesting a balanced symmetry of nouns and actions on either side (“men” balanced with “women” and “necks” balanced with “spectacles,” for example). “Men” and “Women” are the camera in the middle shot; “necks” and “spectacles” are the camera in the close-up. The close-up intensifies what is seen—the realness of the rainstorm they have escaped.

What this random paragraph of everyday Metcalf shows is that even when being casual he is hyper-alert; demands that we pay as much attention to his language as he has devoted to its writing.

The Metcalf who writes with microscopic exactness is easier to analyze than the macro Metcalf who gives equal care to how he structures his narratives. To talk about structure is to talk, in part, about plot. And Metcalf is very careful in these stories to surprise his readers; surprises that only the most knavish critic would spoil.

In lieu of summarizing Metcalf’s plots, I will offer a few suggestions with regard to how readers might best appreciate their structures. In reading, and especially in rereading these novellas, pay attention to shifts in tone and repetition of events and characters. The tonal variety of the novella is one of the chief reasons Metcalf finds the form so empowering. He can be incredibly funny, creating characters and scenes that rival those of his heroes Evelyn Waugh and P.G. Wodehouse. But in all these novellas, antic scenes of merriment and mischief are juxtaposed with and enriched by other scenes that are more somber, ruminative, and inward, that display Wordsworthian “Intimations of Immortality” seen in the beauty of the natural world.

His ability to contrast moods speaks to Metcalf’s deepest feelings about what it is to be alive. Alice Munro once wrote, “John Metcalf often comes as close to the baffling, painful comedy of human experience as a writer can get.” The inherent contradiction of “painful comedy” is acute: for Metcalf life is both a comedy and a tragedy. The novella allows him to show both sides of the equation.

It’s when he’s dealing with intimacy that Metcalf is at his most painfully comedic. Indeed, all of these novellas are about coupling: the way men and women come together and separate, the loneliness that causes us to seek the warmth of another person’s flesh, and the loss caused by distance and separation.

John Metcalf is one of the finest writers of our time and these novellas are his finest work.

Jeet Heer is the national affairs correspondent for The Nation magazine. His most recent book is Sweet Lechery: Reviews, Essays & Profiles.