The Last House before the Bridge | The Walrus
Skip to content 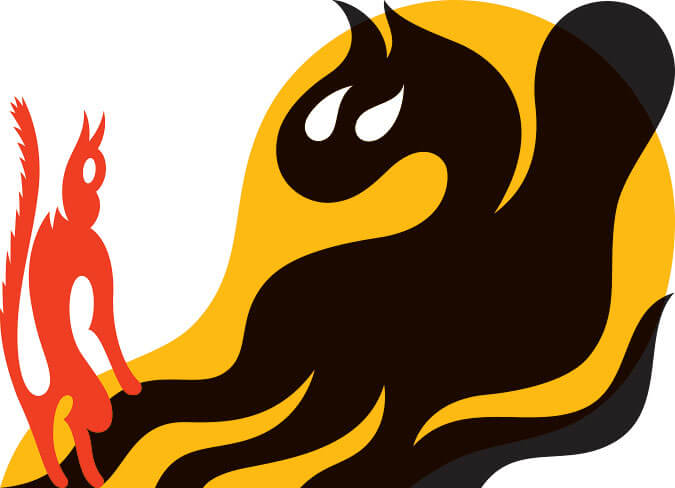 They’re often called crack houses—even if, these days, the drug of choice for many is crystal meth. Nearly all the London, Ontario, crack-house residents I interviewed for this article are addicted to one substance or the other.

Canada’s housing safety net includes shelters and regulated group homes. But the addicts I met are personae non gratae at these facilities—typically because they refuse to stop using. For all their squalor, crack houses represent a last kick at the housing can, after which the only option is the bridge: sleep under it, or jump off it.

In Ontario, an addict’s monthly disability allowance usually is managed by a government trustee, who pays a caregiver up to $489 a month to deliver the necessities of life. Here in London, that caregiver is an eccentric middle-aged former addict named Keith Charles. On about $14 per person per day, he somehow manages to provide residents with three square meals, toiletries, and an endless supply of cigarettes, which he buys in massive plastic bags from a local First Nations reserve (name-brand smokes are reserved for special occasions).

Charles’s two units on Hilton Place (which were shut down in October, shortly after my visit) are straight out of Breaking Bad. Residents seem either manic or comatose, depending on the drug they’re using. Some sleep clutching their backpacks to protect what meagre possessions they haven’t pawned. The kitchens have been stripped of any metal or glass oddments that might help get drugs into a vein or lung. Joseph Couture, a local journalist who has been reporting on Charles and his crack houses for the last year, grabs my hand as it brushes against a couch. “Don’t touch,” he warns. “Everything is swarming with bedbugs.”

In the basement, we find a group of teenagers shooting up. It’s not clear who actually lives here and who’s just a pimp, dealer, or sex-trade worker. A lot of the users look underage. Because their stories are often contradictory, interviews prove difficult. (Addicts lie very casually; it’s part of the disease.)

Charles runs homes on Clarke Road, too, but the vibe at these buildings is different. The men are older, and, for the most part, their habits are less destructive, and their relationships less volatile. In good weather, they sit around the backyard, gossiping and smoking. One old man, slumped in a lawn chair, is weeping inconsolably. His wife of two decades died in June; she was a Tylenol addict. “I have nothing—nothing!” the man says in a soft, childlike voice. He appears to have a developmental disorder. According to Couture, he is one of only a few people here who don’t use drugs.

In the basement, among piles of stolen and donated junk, I meet Bill, who’s been bouncing around southern Ontario since the mid-1990s. His dad was a violent alcoholic, and by age twelve, so was Bill. Since then, Bill has lived the universal crack-house backstory of abuse, homelessness, and mental illness. He is slightly more functional than most of his cohabitants, so Charles pays him $10 a day to do odd jobs. On this evening, he mopes around, waiting for his money. Then he goes to meet his dealer.

Until recently, experts followed something called the “Continuum of Care” approach, by which homeless individuals are provided with permanent housing only after they’ve achieved sobriety. But thanks in part to research conducted by the Mental Health Commission of Canada, that is changing. As the MHCC’s four-year “At Home” research project has demonstrated, even mentally ill, drug-addicted homeless people can make strides when they are placed in so-called scattered-site housing and work closely with case managers, away from other addicts.

As for Keith Charles, he is a controversial figure in London: In 2014, a resident in one of his homes died in a fire, likely after falling asleep with a lit cigarette. In much of the sensationalistic coverage that followed, Charles was portrayed as a heartless crack-house profiteer. But how many Canadians would be willing to spend their lives bringing grilled chicken and toilet paper into drug dens? The business of helping these addicts is hard and unsentimental. As Couture has concluded from his extensive reporting, the only reason Charles took on this work was that no one else would.

That must change. The evidence seems clear that a government-funded, housing-first strategy offers the best hope for addicts such as these. In a civilized country, even the most damaged souls should have options that extend beyond a drug den and a bridge.