The Future Lives Here | The Walrus
Skip to content 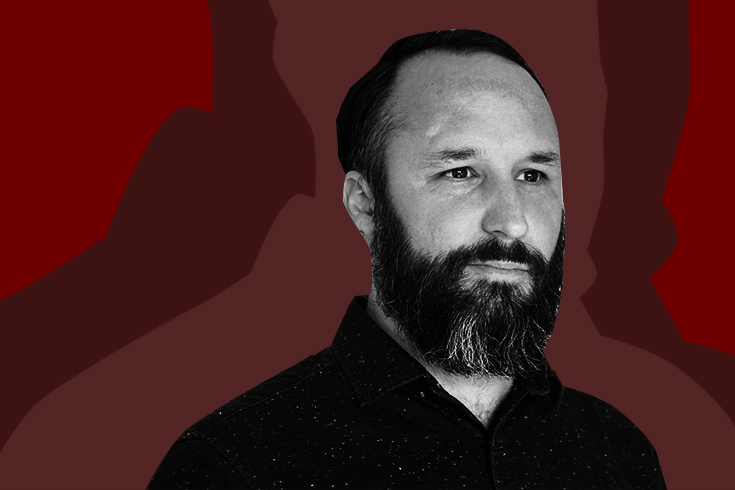 I spent the summer copiloting a pickup
through Surrey, trying to interpret
a binder of ancient Parks Board maps—
impossible, in a city whose motto
was “The Future Lives Here.”
Where the map showed a cornfield,
we found a full-grown subdivision,
four-storey townhouses repeating
like wallpaper, the same swing set
and toppled big wheel in every yard.
It didn’t help that Garret, my boss,
popped ephedrine to stay awake
and only knew east from west
by tapping out “Never Eat Shredded Wheat”
on the wheel. From seven to four
we hopped from park to park to loop
rubber mats around the trunks of city trees.
The mats smelled like the insides
of galoshes and had to do with mowers
or moisture retention or something.
I didn’t mind the work, but Garret
never shut up except to dribble chew
into a Big Gulp cup between his knees,
rambling in a sports-bar grammar
of hockey fights and hangovers. At twenty-nine,
he had two kids by different women.
The longest he’d ever been faithful
was to an annual pass at the gym.
I couldn’t believe I’d moved to the city
to be trapped in a truck
with this Prince George hick,
a dead ringer for every man I’d known
in seventeen small-town years.
So why did I meet him every Friday
at a downtown pub to sip from
seven-dollar pitchers and listen
to his lectures on real estate
or his Keno system while sighting
down his cue at a gridlock
of stripes and solids? Something always
went wrong, an eight that refused
to go down or light up, but he swore
one day he’d run the table
and haul his winnings to Costa Rica.
I couldn’t stand to hear him talk
about the future as if it existed,
but it was better than my tiny apartment,
twilight guttering in the slice
of sky you could see from my only window,
framed by towers that threatened
to extinguish everything. If only
I could have spent my nights
in the calm of the moment after we’d set
the final mat of the day:
the sod cut away and replaced
with a black circle, the grass and soil
swept off, three staples to hold it
in place. The moment it all fit together
as if I’d never been there.

Letters to the Editor: November/December