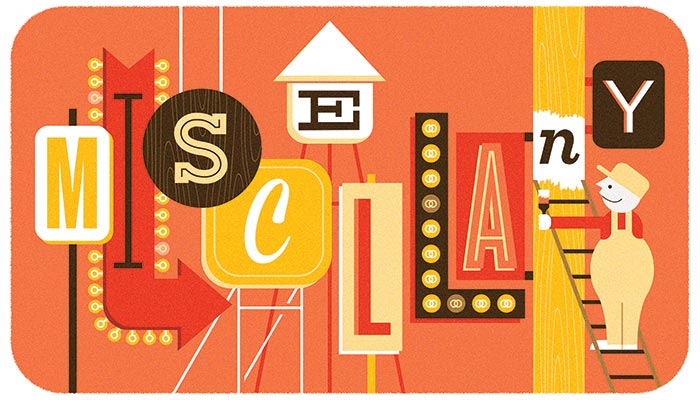 One of my favourite photographs of myself was taken at the inaugural Giller Prize in 1994, when I made the short list. In it, I am wearing a white Nehru jacket with gold embroidery, and a paisley Indian shawl over one shoulder. I am gazing at the camera, smiling, bedazzled—a word that perfectly sums up what it felt like to be at that first ceremony, the photo taken moments after I rose up the escalator into the crowded, splendidly chandeliered ballroom foyer of the Four Seasons Hotel in Toronto, immediately surrounded by photographers, blinded by their flashes.

There, all about me, like gods descended to earth, were a host of television and radio celebrities: Peter Gzowski at one end of the bar, chatting to Shelagh Rogers; Pamela Wallin with her radiant jewellery and perfect hair; Valerie Pringle with that gleaming smile I had seen so often on TV. Bob Rae and Vicki Gabereau leaned casually against a door frame, having a laugh and a chat about something, and waves of people occasionally parted to reveal glimpses of Margaret Atwood. Michael Ondaatje came by to say hello. I introduced him to my mother. She had been his sister’s playmate when they were children, and as they chatted about mutual acquaintances the great Ondaatje was suddenly Sri Lankan, his accent slipping toward our island lilt. It felt surreal standing next to this man who just a few months ago had seemed as inaccessible as a character in a magical country.

Judging books by their smell 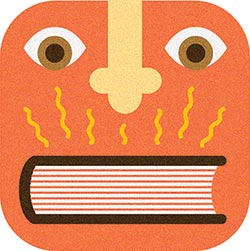 In 2009, scientists from the UK and Slovenia investigated the smell of old books, that familiar “combination of grassy notes with a tang of acids and a hint of vanilla over an underlying mustiness.” Employing headspace technology to isolate odour compounds in nineteenth- and twentieth-century documents, the researchers discovered that the source—volatile chemical compounds such as rosin and lignin emitted by degrading paper, ink, and binding—could reveal physical composition, condition, and state of decay. This enables conservators to judge a book by its smell, and to determine the best method of preserving fragile historical papers without disturbing them. Perfumers can use the same method to recreate natural scents. Surprisingly, the aroma of books appears to be a promising product on cosmetics counters: last year’s Paper Passion, by Geza Schoen and Karl Lagerfeld, received glowing reviews.

Soon it was time for us to go into the ballroom itself, beautifully laid out with its white linen tablecloths, candles, glittering silver. There were speeches and mini-documentaries about the shortlisted writers. Looking up at myself on the screen, I marvelled at how not even a year ago I had been an unknown bookseller, writing in my parents’ basement, hoping that even a very small press would one day take my book. When the winner, M. G. Vassanji, was announced I was only mildly disappointed, because my gratitude at my luck was still so present with me.

Twenty years have passed since the Giller was inaugurated, and whenever I think back to that moment I feel a swell of longing for an era now gone that was to me a golden time. The world of books felt containable and graspable then, a world where a mid-list writer could make half a living selling 5,000 copies and still get published by a bigger press. It was a time when there were so many small and mid-size publishers still around to support more arcane experimental writers, to support poets; a time when I looked forward to numerous television and radio shows devoted solely to books.

In those days, I would walk the streets and neighbourhoods of Toronto, sure that sooner or later I would come upon an independent bookstore that sold new or second-hand books. I would spend hours browsing through the selections, discovering some of my favourite writers this way: Naguib Mahfouz, Al Purdy, and Toni Morrison before she became truly famous. I miss stopping in at the small, idiosyncratically curated bookstores that are steadily disappearing from our cityscapes, that heady smell of old books. I miss the large, often stand-alone book sections in the weekend newspapers, those slow, caffeine-filled mornings lost in reading about literature.

Now it is all so bewildering, so difficult to grasp the rapid changes in publishing. On the positive side, the world of books has become much more open to multicultural writers, to gay and lesbian writers, whose work is regarded with the same seriousness as their white or straight counterparts. They are no longer considered an exotic niche interest, but simply Canadian. Yet I worry about the fate of the novel, of books in general, and whether it will soon be impossible to make even a semi-living as a novelist. Are people reading less or not? I can never get a proper answer to this. I see that friends and family, even fellow writers, are reading fewer books, everyone distracted by the stimulation of Facebook, blogs, email, cellphones. The arrival of the much cheaper ebook, along with deep discounting, has meant that advances are greatly reduced. Publishers are taking fewer and fewer risks with anything unusual. I see my fear and bewilderment reflected in other writers I meet, in their whispered accounts of award-winning writers rejected by their long-time publishers, in their own stories of rejection. It all reminds me of a less fatal version of those early days of AIDS, when no one quite knew what was happening and how to handle the crisis, when we spoke in troubled whispers about the recently fallen, when I felt guilt and relief at my continuing good health, but also wondered all the time, “When will it be my turn? ”

Amid all of this change and insecurity, the Giller has continued a steady upward trajectory, becoming a prize whose fame surpasses all others in Canada, bringing to us marvellous new voices like Joseph Boyden and Vincent Lam; focusing the public’s attention on excellent writers like Austin Clarke and Elizabeth Hay, who had yet to be given their full due; and, most laudably, recognizing writers from smaller presses in recent years. For me, noting the Giller every fall, as one cannot help doing, makes me feel as if I have momentarily slipped back to that golden time when books didn’t just matter, but mattered tremendously.

Shyam Selvadurai is a novelist and the 2013–14 Barker Fairley Distinguished Visitor at the University of Toronto.