The Case Against Reading Everything | The Walrus
Skip to content 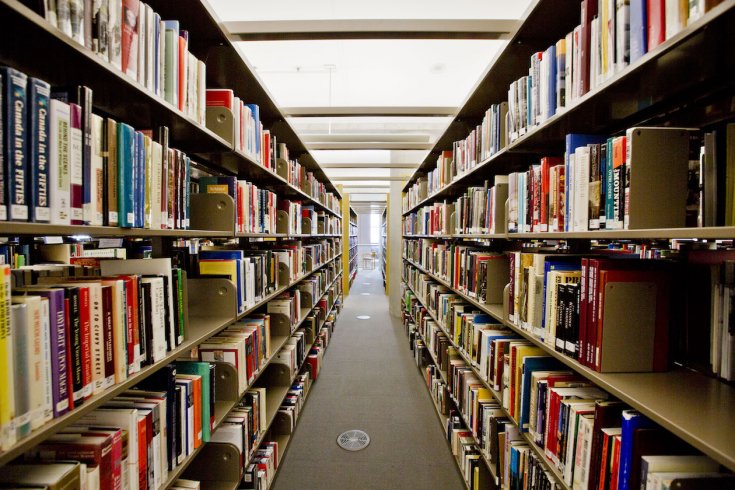 The clichés that writers often share—“show, don’t tell,” “write what you know”—are harmless enough. Like popcorn, they cut a light and fluffy figure and probably got their start as a kernel of truth. Plus, everybody knows not to take them too seriously. When a writer urges you to “write every day” or “always keep a notebook,” you can safely assume that plenty of first-rate talents have broken with these bromides.

What does “read widely” mean? Perhaps it speaks to the importance of a balanced diet—a comedy of manners today, a concrete poem tomorrow. Or maybe it means toggling fashionably between high and low, between Mina Loy poems and Mini-Wheats boxes. Or maybe it means testing a spectrum of texts, like paint chips, against your monochromatic taste. Or expanding your bandwidth just enough to capture some pirate-radio clamour—to touch the fringe of something fringey and count yourself catholic. As injunctions go, “read widely” goes pretty wide.

Which is part of the problem. At its most obnoxious, the command to “read widely” reflects the more-is-more ethos that courses, like an energy drink, through our literary culture. My Twitter feed is full of writers and critics who relentlessly strive to be up on their field, logging every literary debut like librarians, returning from writing conferences with shareable JPEGs of their book-engorged tote bags, or lighting out for yet another reading, the stacks on the book table like some mountain range, the promise of a horizon. Here’s hapless omnivore Aleksandar Hemon, a novelist and critic who will eat anything: “I read compulsively—preferably a book of my choice, but anything would do. I’ve read, with great interest, nutritional information on cereal boxes. I regularly read wedding announcements in the New York Times.”

Some real talk: most writing isn’t worth consuming. That includes cereal boxes and New York Times wedding announcements. More real talk: most people urging you to read widely probably have a hard time ranging outside their comfort zones. There’s no doubt that, in the political realm, we need more connection with those we disagree with. But for the most part, “read widely” belongs to a class of expression that’s good to be heard saying (as in: we need “more dialogue” or we need “to have a national conversation about sheet cake”). In my experience, only a minority of writers like to chase their Leslie Jamison with some Conrad Black, or their Yvor Winters with some Roxane Gay. Many can barely metabolize a Stephen Marche tweet without declaring a stomach ache, and Marche is a reasonable guy who can write a good sentence.

The real problem with telling young writers to fan out across genres and forms is that it doesn’t help them find a voice. If anything, it’s antivoice. Learning the craft of writing isn’t about hopping texts like hyperlinks. It’s about devotion and obsession. It’s about lingering too long in some beloved book’s language, about steeping yourself in someone else’s style until your consciousness changes colour. It’s Tolkien phases and Plath crushes. It’s going embarrassingly, unfashionably all in. (And, eventually, all out.)

To read widely—to flit from book to book, writer to writer—is to flaunt an open mind while never stopping long enough to fill it up. Consider instead what Chris Wiman, the previous editor of Poetry magazine, said about the consumption of poetry: “Seamus Heaney has noted that if a person has a single poem in his head, one that he returns to and through which, even in small ways, he understands his life better, this constitutes a devotion to the art. It is enough.” Devotion to art, in other words, is a devotion to individual works—and not many, at that.

The most useful writing advice, like a doctor’s script, is always specific. It doesn’t widen, it narrows. “Those sentences that begin with the word ‘Although,’” writes Joseph Epstein, “or those sentences requiring a ‘however’ somewhere in their middle, are almost always dead on arrival.” That’s thrillingly precise. So, too, is critic Stephen Metcalf’s urgent warning to avoid overuse of em dashes and, especially, semicolons. Epstein and Metcalf, in other words, aren’t giving permission. They are shutting down otherwise tempting avenues. The greatest teachers I ever had always held firm opinions about the books you should bother with and about how to read and write. You didn’t have to agree with them to be energized by the charge they threw off. The charge was the point.

The call to “read widely” is a failure to make judgments. It disperses our attention across an ever-increasing black hole of mostly undeserving books. Whatever else you do, you should not be reading the many, many new releases of middling poetry and fiction that will be vying for your attention over the next year or so out of some obligation to submit your ear to a variety of voices. Leave that to the editors of Canada’s few newspaper book sections, which often resemble arm’s-length marketing departments for publishers. Leave that to the dubious figure of the “arts journalist.”

Instead, shutter your ear against mediocrity. To fall in love with language, don’t fan out. Fall down a rabbit hole. Cynthia Ozick wanted to be Henry James. Nicholson Baker has a whole book about his obsession with John Updike. For a period in high school, all I could countenance was David Foster Wallace. Before that, William Gibson. Lately, I’ve found myself falling into an Alan Furst phase. This doesn’t mean I plan to seek out other writers of historical thrillers. They aren’t Furst, after all. There isn’t any more room in that rabbit hole. As UK critic and poet Michael Hofmann puts it:

Both one’s likes and the basis on which one likes them can only be exceptions. They are personal, they are absolute, and they are nonnegotiable. And there are not very many of them. They even preclude, at times, the least curiosity or desire to add to their number.

If you want to become a writer, here’s my advice: bury yourself in an enthusiasm until it becomes oppressive, then tunnel your way clear of it. Repeat.