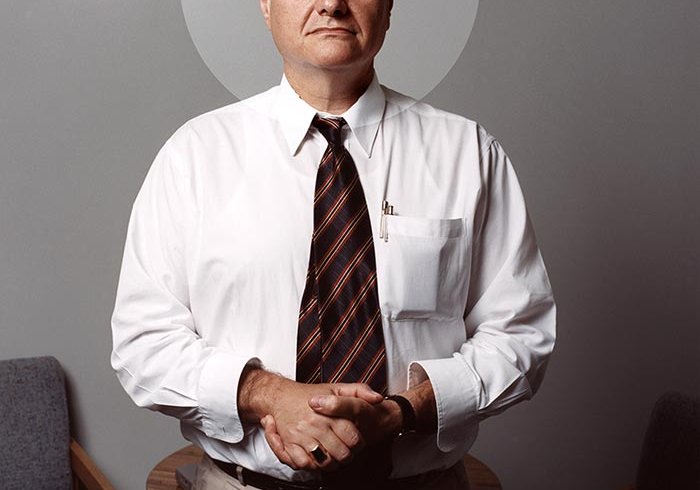 Every week, Mélanie Gloria, a tennis player on Canada’s junior team who says she gets distracted in tournaments, rides a rickety elevator with her father up to an unassuming office in west-end Montreal where the sign on the door reads simply “Alter-abc.” The place resembles an office for a tutoring service or a language institute, but it isn’t either. Gloria comes here for training in “Advanced Learning Technologies and Educational Research—Assertiveness, Balance, Competence.” Here, in a tiny room with an oversized armchair, a computer, and a lone green plant, she has her brain trained—by Dr. Pavlov.

Gloria is one of many clients who visit this office regularly, all with their own goals. They are business people, customs officers, interpreters, and even a rabbi. Jean-François Gamache, a pitcher at the National Baseball Academy, comes because he has problems coping with pressure-filled situations. There are autistic children, and kids who have attention deficit disorder, and adults who suffer from constant migraines.

Dr. Ray Pavlov offers “neurofeedback,” which claims to sharpen people’s ability to focus by teaching them to control the mass of neurons that shoot haphazardly like stars across their brains. Pavlov encourages clients to think of these grey, gooey organs as a muscle they can pump up and tone.

A typical first neurofeedback session goes like this: you sink back into the armchair and are instructed to close your eyes and rest while sensors attached to your scalp and ears transmit data to a computer, which takes a “snapshot” of your brain’s activity. Millions of neurons chatter with one another, creating waves of activity across a monitor. These brain waves—sequences of electrical impulses generated by innumerable chemical reactions—show up through a computer program as an array of colours. Alpha waves, which signal rest, are light blue; scattered thetas are indigo; sleepy deltas are spring green; and alert betas, a rich, dark purple. The jumbled results can be pretty, almost like a rainbow. But, to Pavlov, that kind of picture represents a brain in trouble. “Effortless concentration is what we’re after,” he says. With your eyes closed, the goal is all light blue, all the time.

With the snapshot as a diagnostic baseline, the exercises begin. Sensors still attached, the client attempts to use his or her brainwaves to control the images that now appear on the monitor. Dr. Pavlov may ask you to move a balloon around a square, perhaps, or keep a bar level. Focus and concentration are the catchwords, and the person in the chair must try not to let other thoughts (“Did I turn off the coffeemaker?,” for instance) intrude. It’s not thinking, per se, but focusing, as though in a trance, that causes the balloons to move and the bar to stay afloat.

If you break your concentration, everything simply stops. Pavlov, who’s watching the activity, or lack thereof, on the screen, notes that the exercises represent the power of the mind over minutiae: “Optimal focus,” he says patiently. “Optimal focus. That’s what we’re teaching you.”

Using a specialized program, he can heighten or lessen the thresholds of the exercise, which is the mental equivalent of adding or removing weights from a barbell. The session feels like a physical workout, too, more so than doing brainteasers. It’s all about learning how to truly relax, Pavlov says, adding that to get the minimum benefit out of training, you should commit to at least ten sessions at $75 each, although many clients come for more than twenty. But even a few sessions will start you on the path to being an “optimally functioning” person.

At fifty-six, Dr. Pavlov is a bear of a man who favours neckties, even on a casual Sunday. He’s passionate about what he does. As he gets more excited, his German-accented English becomes louder, and he maintains intense and direct eye contact. The humour of his name seems lost on him.

Neurofeedback first popped up in North America in the 1960s, as the wackier sister of biofeedback. Where the latter tracks skin sweat, core body temperature, and heart rate to help the individual heighten sports performance or recover from a stroke, neurofeedback tracks only brain activity. It has long been an accepted tenet of science that people can control and change patterns of brain activity; training with a computer actually allows people to see what they’re capable of.

The problem, say experts such as neuropsychologist Bryan Kolb and U.S. brain-mapping pioneer Michael Posner, is that there are no long-term scientific studies to prove the feedback actually works to address the wide range of conditions practitioners claim. “Maybe just being away from the phone for an hour can help a businessman relax,” Posner says. “Maybe that’s all it takes. The thing is, we don’t know.” Nevertheless, many practitioners of neurofeedback are presenting it as a panacea. Outside the field, it remains a questionable science, but scientists and medical doctors are starting to take it more seriously. There are suggestions that it could be used to treat schizophrenia, and North Shore Hospital, in New York state, currently has a grant to study its efficacy in treating Tourette’s syndrome.

In the U.S., neurofeedback is a semi-regulated discipline practiced by doctors and clinical psychologists, among others. But in Canada, the field remains unregulated, with neither an association nor official guidelines, for training or for practitioners themselves.

Dr. Pavlov has become its de facto Canadian champion. An M.D. and homeopath, he says neurofeedback is the wave of the future, one that will see humans “challenge the two-hundred-year barrier,” living longer because they can better physically and emotionally control themselves. “The philosophy is not that we can change the environment, but we can change ourselves, our level of flexibility and way we adjust to the environment,” he says, his voice rising.

Details about Dr. Pavlov and his practice are difficult to pin down. Unwilling to disclose how many clients he treats, he says only that he had worked for twelve straight hours the day before. He is coy about the similarities between his name and that of the earlier Pavlov, who is best known for his experiments with a different kind of control. One of the main “goals” of this article, Dr. Pavlov tells me, is to raise awareness that neurofeedback exists. In an e-mail, he makes it clear that he has taken the highly unusual step of questioning people who were interviewed for this article.

Several of Pavlov’s clients say neurofeedback has helped them change their lives. One after the other, they recount how they’ve lost weight, gained confidence, cast away negative thoughts, learned to focus, speak more easily in public, or take business risks.

Gloria says that neurofeedback has helped improve her performance on the tennis court. “I travel a lot and I used to become really stressed, especially when I had school exams the next day. Now, I know how to work on my breathing and to concentrate. It’s great.”

The lack of hard scientific data has not put off André Fournier, director of the French-language National Coaching Institute, but neither is he fully convinced. He’s the one who suggested the training for athletes Gloria and Gamache, after the Quebec government granted research funding in 2001 to explore new kinds of training and support for athletes. “This is one track to explore,” he says. “It’s too early to say what its effects are.”

Lisa Fitterman is a National Newspaper Award winner and the author of two children’s books.

Money for Nothing, a Reno For Free