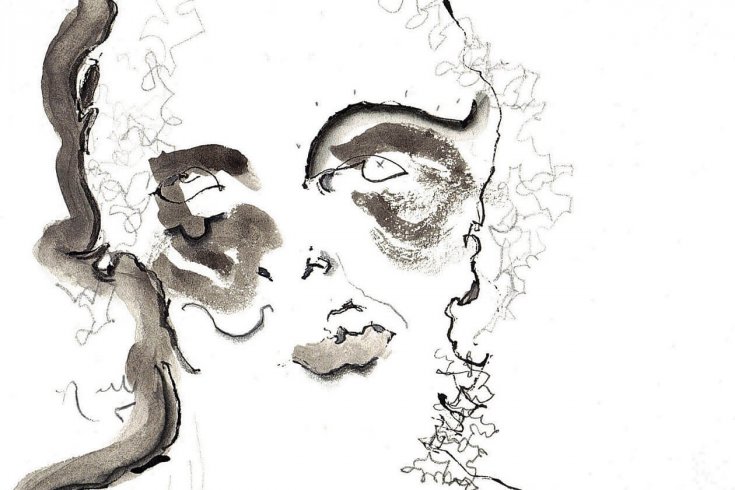 I was a baby, Amy-Jo, when I wrote the Book. A novel, they called it, which was heresy; I’ve never written a word of fiction. Fiction is a lie because the words are true. At the Central Library, men heaved cedar tables between the fiction and nonfiction, while women plugged a row of magnolias in the cemetery dust to keep the Protestants and Catholics in equanimous repose. Homo sapiens means crazed to categorize, to sniff out difference like a foxhound. That’s well and good but remember: difference is fabrication, eleven times out of ten.

The day I poked the Underwood in Daddy’s office and kept on harassing it till I’d filled a page . . .

Daddy was a reformed journalist, and still had enough ink in his veins he could change to newsprint when it suited him. Well, I sniffed him out, and when the pink ran back into his cheeks, thrust that first story of mine at him like it was a missive from General Grant. Daddy took a gander at it, passed it back.

“Not bad,” he said. And before I could request elaboration, turned right back to newsprint.

That wasn’t much, Amy-Jo. But one word of assurance makes a writer. My fate was sealed, then and there.

Honey, I was doomed.

It took me a year of evenings to tap the Book out on Daddy’s Underwood. He’d willed it to me, with his Winchester and a hundred-year-old bottle of Kentucky bourbon. The critical tools of the trade.

Well, I sent the manuscript into the world, and it came home straightaway, like a faithful dachshund. Loosed it again, and back it came again, loyal as ever. This went on happening for a year, till one time it didn’t come back, and I gave the damn thing up for lost.

Then one night, a phone call. On the line was a mournful-sounding crow by the name of Koonings. Told me he’d be damn despondent if he couldn’t print the Book—so to keep him off the ledge, I said yes. The advance wasn’t much but it kept me in bourbon and paper and shotgun shells till June, when the Book made its inauspicious debut.

It sold a hundred copies the first month. A couple hundred, the second. Back to a hundred, the third. Then it rolled on its spine and expired. Amy-Jo, that would’ve killed me if I’d expected better. With O’Connor on the shelves, and Faulkner, I couldn’t guess what obliged anyone to touch my novel, let alone shell out for it. Koonings was suicidal but I was satisfied. I was ready for the next book.

I was daydreaming a plot when the telephone rang.

A voice amidst the fizz.

“The Prize,” the voice said, and spelled it out for me.

Quietest thunder there ever was.

Thunder portends a storm—and storm it did. Honey, did it ever.

This town has changed, Amy-Jo. It’s not the town I wrote about, in the Book. The clock tower’s still here, but it’s stopped ticking. The people have stopped ticking. Now, whether you can’t read or lack the good sense god gave a toad and don’t bother, nothing’s read. Illiteracy was never more common, not in my lifetime, not in my granddaddy’s. The ones who call themselves readers, aren’t. They’re sheep. Sheep don’t stop to consider, they swallow what’s offered and return it to the good earth with promptitude. After I won the Prize, herds of them tracked me across the damn country, bleating for a signature, while old man Koonings stood stage left, sharpening his shears.

When the first fuss had simmered down a little, and I’d scraped up enough privacy for an hour at the Underwood, it wasn’t the usual clack-clack I heard, as I worked. It was applause and god-awful speeches and goddamn bleating sheet. Got a headache and a bellyache and a cramped hand, all at once.

I yanked the page off the roll. And set it ablaze.

I haven’t written a word, Amy-Jo, these fifty years. Not a word.

Not one damn word.

A few summers back, a limousine rolled up to my door and coughed out an inconsiderable man with eye-rings. Koonings, my publisher. Not the old original, but his son and unholy replica, right down to the doldrums.

Now a writer, even a reformed one, keeps a pot of coffee on at all times. So I poured us both a cup. Conversation is having nothing to say and saying it—and Amy-Jo, we said it all.

When the pot ran dry, Koonings set down his cup, leaned across the table.

“Five million,” he said. “That’s what I’m prepared to offer. For a sequel to the Book. Now, don’t you worry about it not being up to snuff; the Book’s a classic, and a classic’s one in millions. I don’t care if you write every page, every third page, or not a word. As long as your name’s on the cover, it’ll sell.” He took a sad shot at a grin, leaned a pinch closer and said, “Now, what do you think of that?”

I set down my cup. Leaned, too, till our noses damn-near touched. Then I said, “I think you’re a psychopath, honey.”

Koonings stood up. Said he’d brush up on his charm, come back in a month. He was true to his world. He was true—and I was primed and ready.

The moment that sad sack rapped on the door, I stuck the barrel of Daddy’s Winchester through the mail slot.

I heard footsteps, a door slam, the sweet-music screaming of tires.

And I never saw hide nor hair of Koonings Junior again.

Fifty. That’s how many years have come and gone since the Book flew off the press with my nerves in tow. Fifty years this June. The town’s having a parade, a steak dinner, a school play. Told Mayor Blume I’m too frail for adoration—that’s three-fourths gospel—though he won’t give up the chase. Said he’d wheel me down main street himself, at the head of that awful centipede, do all my waving for me. Well, I’d rather suck a mothball. Or write a novel.

I could get lucky: the next stroke might carry me off. Could get unlucky, too.

Incapacitation. That’s my nightmare, Amy-Jo. You know if that happens, Koonings will tie a pen to my hand and move it as he pleases. Make the house a damn mecca-museum. Then put me out to pasture, with the sheep.

There they’ll be, gazing obediently at the Great and Famous Author.

There I’ll be, gazing right through them. Praying for salvation. For the town to burn down. Right down to the goddamn ground.

Now help me crack this bottle.