Ready for a Fight | The Walrus
Skip to content 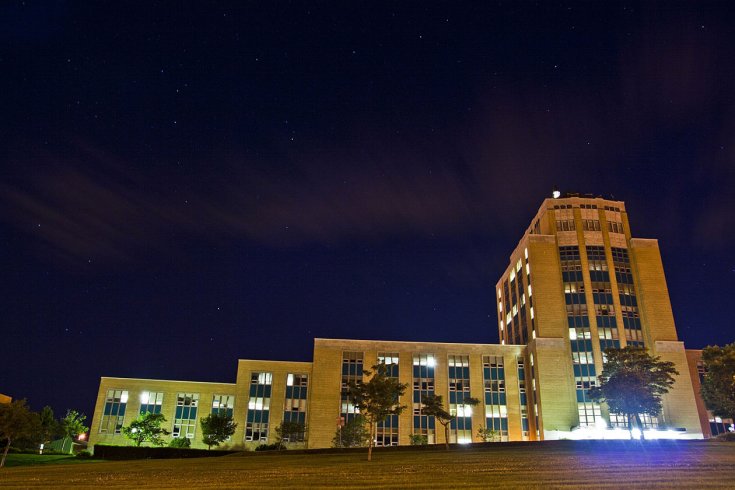 I’m in a packed parish hall in St. John’s, Newfoundland, on a Wednesday night, talking about the budget. Again. Over the last three weeks, I’ve marched and rallied with hundreds through the downtown and on Confederation Hill. Two days ago, I chanted at a demonstration outside the CBC while Premier Dwight Ball and Finance Minister Cathy Bennett fumbled their way through a Q&A about the disaster that is the province’s Budget 2016. Now I’m swigging weak coffee and tossing Purity strawberry creme cookies into my maw. As fuels for revolution go, they’re not so bad.

Each table in the room corresponds to a subject. Tourism, reads a sign at one. Mental Health, reads another. Indigenous. Book tax? Youth Retention, Arts and Culture, Poverty and Justice, Seniors, Electoral Reform, Students, Fair Taxation, Precarious Labour. Each is an area that will feel the agony of the province’s Liberal government’s deep, broad, and potentially devastating budget cuts. It’s one thing for a budget to raise the hackles of the unions, or of the not-for-profit community, or of artists: these groups are seldom well-served by government book-balancing. But the budget Bennett brought down on April 14 contained a kick in the guts for each of us, and not just in the form of the “temporary debt-reduction levy” of $300–$900 per person based on income bracket, with the poorest among us paying out the greatest percentage of our annual earnings.

Dental coverage for those sixty-five and up is gone; subsidized home-care hours for seniors have been reduced to two per day. There’s a new cap on the number of diabetic test strips the government is willing to pony up for. The education system is facing multi-grade classrooms and teacher lay-offs. The post-secondary grants program, introduced just last year, will be replaced by the old student loan model. Health care was hit brutally, perhaps most cruelly in the areas of mental health and addictions services, which are already abysmal. Stickers and snacks at the children’s hospital are out. The $50,000 Air Foodlift Subsidy Program to Labrador is being cut, with half of those funds being reinvested in “a new program to promote nutritional and artistic endeavours of Aboriginal Governments/Organizations in Labrador,” which sounds lovely, but can you eat it? Reduction of services to Labrador seems particularly sadistic given the damage already done to Labrador’s people and ecology by the once lauded, now over-budget, behind-schedule Muskrat Falls hydroelectric fiasco. It seems that the only person benefiting right now is Ed Martin, former CEO of Crown corporation Nalcor Energy, who received a nearly $1.4 million severance package for quitting his position just after the budget’s release; the rest of Nalcor’s well-compensated board walked out en masse that same day.

The budget also proposes a 10 percent tax on books (the only such tax in the country), and the closure of fifty-six of the province’s ninety-five public libraries, all in rural communities, saving a measly million dollars. Newfoundland and Labrador is a literacy paradox: our province has among the lowest literacy rates nationally, and at the same time has produced some of Canada’s most admired writers. Many of these writers owe their careers, if not their lives, to their childhood library, the traditional refuge of small-town bookish kids. Rural libraries also serve as informal community centres, as early childhood education programming sites, and as Internet access points for those who are otherwise unable to log in and fill out the census or avail of online-only government services. For some, libraries are a dignified place to pass the hours when they can’t afford to keep the heat on at home.

In the budget’s wake, the government has asked an outraged and desperate populace to harness our characteristic resilience, the put-yer-boots-on-there’s-work-to-be-done attitude on which we pride ourselves. And sure, we are resilient. But isn’t “resilient” coded language for “able to recover from repeated trauma?” Right now, the story isn’t the recovery; it’s why there’s so often trauma from which to recover. Why does this keep happening to us?

As any listener to call-in radio (still, perhaps, our most beloved and revered mode of communication) knows, Newfoundlanders and Labradorians get angry. We don’t hold back when we have opinions on how things are being done. We’ve even been known to storm an office or two to get a point across. But getting organized and keeping the pressure on: that’s where we fall down, in part because life in economic and emotional survival mode trumps that kind of future-oriented thinking, and in part because, once tempers have cooled, it occurs to us that maybe we don’t deserve anything anyway. Forever children of the indentured class, our very language seethes with phrases around over-reaching. “You thinks some lot of yourself,” is a go-to put-down for someone with the gall to exhibit any sense of self-worth. “What do you want, jam on it?” is a favourite bit of Newfoundland vernacular. Translation: how dare you expect better? Who do you think you are?

Who do we think we are? Newfoundland history reads like the tale of a plucky orphan, shuffled from family to family, eager to please but finding over and over that it’s never enough. During the First World War, when we were a wee young Dominion, the call came from Britain to fight alongside, and boy did we enlist, and boy were we slaughtered. The debt from that war, along with the costs of building a cross-island railway (now long defunct) led first to Newfoundland being governed by a British commission, and ultimately to our breaking from Britain and joining Canada. After less than half a century of decision-making by Ottawa, our cod stocks had been fished into oblivion, leaving us with no primary industry and the feeling that we, like the sea bed, had been trawled, scraped featureless, and abandoned.

During my cod moratorium-era high school years, entrepreneurship and enterprise programs were enthusiastically adopted; I remember my principal explaining that my peers and I had better train to create our own jobs, because nobody was going to make work for us. So we did: we grew up and started our own newspapers and television production companies and theatre companies and restaurants and tech operations and house-painting businesses and bookstores and child-care services and communications firms and we still might all be out of a job next year because austerity doesn’t allow for these kinds of things. Once again we are left with the sense that nobody, not even the government we elected five months ago on a campaign of “no job cuts, no new taxes,” has our back.

Resilient. Yes, we’ve had to be. But there comes a time when resilience holds you down, when “we’ve done this before, we can do it again,” becomes too comfortable a position. We all know we can take it. Now people are asking whether we should have to. Newfoundland and Labrador had a brief moment of something that looked like success a few years ago when oil revenues were high, and we liked it. We may sing songs about needing nothing more than the salt air and the roar of the sea, but we like paying our bills on time and putting shoes on our kids’ feet as much as anyone. Getting the house insulated. Buying the good butter for once. Having enough.

At a rally last Friday, the voices speaking out against the budget sounded as though they were well and truly sick of it: sick of the cyclical poverty, sick of having to laugh to keep from crying, sick of being trotted out to dance a jig for the guests and still being sent to bed without any supper. Hundreds of people had marched along the busy Prince Philip Parkway, around the Memorial University campus, to the Confederation Building. By the time we reached the steps, we were around a thousand. While the familiar faces were there—life-long activists, local malcontents—so were men and women who had never in their lives been to a demonstration. “This is my first time at one of these,” said an older gentleman who marched behind me. “It might not be your last,” I replied.

Back at the parish hall, note-takers from each table are presenting their groups’ ideas. Short-term plans and long-term visions are being shared, to the cheers, laughter, and applause of the room. Posters are being distributed for another demonstration on the weekend, a convergence of students, grassroots groups, and labour unions on Confederation Hill; the evening’s facilitator, NDP MHA Gerry Rogers, has challenged us each to bring three people. It might be the coffee and cookies, but in this moment, I feel optimistic, like maybe my children won’t grow up with poverty and hopelessness always over their shoulders. Maybe they’ll know that just because we’ve had less, that doesn’t mean we are less. I feel like with each passing week, with each word of protest, we’re figuring out who we think we are. Resilient, yes, but also rebellious, resistant, and ready for a fight.