More than 100 years ago, long before the Kinsey reports, the bestselling sex manuals in Canada were the eight-volume Self and Sex Series, published in Philadelphia and distributed here by William Briggs, official publisher of the Methodist Church. Reading these “Pure Books on Avoided Subjects,” one is struck by the predictably moralizing Christian overtones, the timid language, and the questionable medical theories—among them the warning that “the solitary vice” will lead to “backaches and sideaches and other aches, tenderness of the spine, nervousness, indolence, pale cheeks, hollow eyes and languid manner.” In other ways, however, the books are surprisingly frank and modern, making the same arguments for knowledge over ignorance that we hear in sex education debates today, and for holding boys to the same standards of conduct as girls. This excerpt was condensed from What a Young Girl Ought to Know (1897), by Mary Wood-Allen, an Ohio physician and national superintendent of the Purity Department, Woman’s Christian Temperance Union.

There comes a time in the life of every intelligent girl when she begins to ask of her mother an explanation of the mystery of life’s continued new manifestations. Her queries are not prompted by an unworthy curiosity, but are the outgrowth of a philosophic mental activity.

Can you wonder that the intelligent, observing child begins to propound these queries? And if they are the result of observation of processes which cannot be kept hidden from the child, is not that, in itself, an indication that the truthful explanation is not to be withheld? We say these things are sacred, and yet the embarrassed manner with which we meet the child’s inquiries is proof of some feeling of shame which should not be attached to a sacred theme. If we can bring our thoughts into harmony with God’s plans, we shall find that pure instruction may be given in a way that will not only not contaminate the child’s thought, but will be a safeguard during future life.

Sex and the modern teen 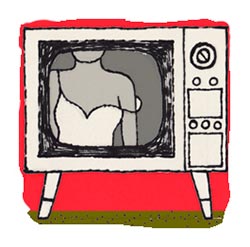 A 2010 American Psychological Association report linked the combination of hyper-sexualized media and commercial cultures to the “diminished sexual health” of American adolescents, seeming to confirm fears that they are having sex at an earlier age. However, sociologist Eleanor Maticka-Tyndale found the opposite to be true in Canada. In a 2008 national study of teen sexual behaviour, she discovered that patterns have remained relatively stable following the sexual revolution in the ’60s. If anything, young people tend to engage in sex later than their parents’ generation did—and more safely, too, as indicated by the continued decline of teen pregnancy and birth rates. While advocacy groups such as Ophea may claim that today’s kids are sexually “less healthy” and face “greater health risks than ever before,” the reality appears less dire. Monkey may see, but monkey don’t do.

“But,” says one mother, “I want to keep my daughter innocent as long as I can.” And I reply, I go still further in my desires. I wish to keep them innocent always. But ignorance and innocence are not synonymous. Many children are deplorably ignorant who are far from innocent, while others may have much pure knowledge and be most sweetly innocent.

We do not simply believe that it may be a good thing to forestall evil knowledge by wise, parental instruction, but we know that a pure knowledge is a most sure and trustworthy safeguard of present innocence and a reliable prophecy of future virtue.

There is another matter, very important to the welfare of the whole world, and yet which I think you can comprehend. It is the necessity of men and boys being as careful of their conduct as are women and girls.

We sometimes hear people making excuses for boys and young men who are dissipated or profane or immoral. They say, “Oh, he’s a boy. He must have his fling! He’ll settle down by and by and be all the better for having ‘sowed his wild oats.’”

You never hear people talk in this way of girls. If a young woman should visit the saloon, and smoke cigars and swear, no one would ever excuse her by saying, “Oh, she must ‘have her fling.’ She’ll settle down by and by and be the better for having ‘sowed her wild oats.’” Oh, no! Everybody feels that a stain on the character of a girl cannot be removed. She is taught from her earliest childhood that because she is a girl she must be careful in her conduct and pure in her speech. She must not associate with bad girls, nor go to bad places. And yet she is not taught that it is just as important that the boy should live purely, nor is she required to be as careful in her association with boys as with girls.

The girl who would visit saloons or smoke is not fit to go in good society, but the boy who does these, and much more, is too often invited into the most cultured families as an honored guest. This is all wrong, and if all girls would begin now to say by their conduct that they believe boys ought to be just as pure and good as girls, it would soon change public opinion. Boys think they can do all sorts of wrong things and it will make no difference; girls will be just as glad to see them, to go with them, to receive any attention from them. Too often young women are willing to marry such young men. But these young men would not be willing to marry girls whose characters were as vile as their own.

You cannot be too choice in your companionship, and you should choose your boy-friends with just the same care that you do your girl-friends. You should make them feel that if they are to have your friendship they must be noble, good and true, just as they expect you to be.

Even as a little girl you can help to make public opinion. You have your own place of influence among your little circle of friends. Live up to your highest thoughts and help your companions, boys and girls, to do the same, and you will have had an influence on the moral condition of the world in years to come.