The Best Car I Ever Had | The Walrus
Skip to content 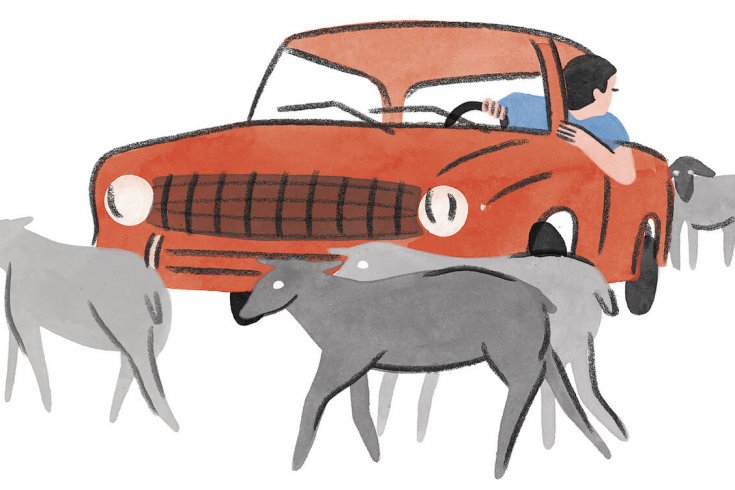 I had just moved from New York to Budapest, the city of my parents’ birth. While Hungarian was my mother tongue, I still spoke it like a ten year old, and I wanted to learn to speak it like a grown-up. I also wanted to get to know my few remaining relatives beyond the once-a-decade visits we had made during my childhood.

Across the border, war was underway in the disintegrating Yugoslavia, and with the Berlin Wall down in Germany, issues such as national identity and economic inequity were arising. Former Soviet satellites were beginning experiments with democracy and capitalism. As a young journalist, I had a healthy ego, and I also thought I could make some contributions to covering this complex region.

A friend from grad school had moved to Budapest at the same time, so we decided to split the cost of a car. We found a 1986 Lada, the sturdy but simple Russian vehicle of choice for good proletarians. At first glance, an outsider might mistake it for a vintage Volvo, with its boxy look. But open the door, and it was all Soviet simplicity. It had off-white vinyl seats, which, in our car, didn’t lock properly, so the passenger would whirl forward with each pump of the brake. There was no radio or any other frills. And quite often, we had to start the vehicle by rolling it down a hill and popping the clutch into second gear.

One day, I drove out to the Jewish cemetery to visit the grave of my grandfather, and I noticed that all along the road there was cannabis growing wild. I decided to cull as many plants as would fit in the trunk and, later that week, enticed my friend to help me gather more. We brought the plants back to his apartment and dried them in the oven. The place looked like a scene from a Cheech and Chong flick. After several attempts to smoke the stuff, though, we came to the conclusion that the weed was nothing more than wild hemp.

I mostly used the car for work. With my Hungarian passport and licence plate, I could travel unfettered across borders—a big advantage over other foreign correspondents, which I used to get plum assignments in Croatia, Slovakia, Romania, and throughout Hungary.

One day, I drove to a conference of Hungarian-speaking reporters from the region. They saw me pull in with my little Lada and took me for one of them—until I opened my mouth. I still struggled with the formality of business speech, and my very subtle accent confused people. On more than one occasion, I was asked if I was értelmi fogyatékos—“mentally retarded.” An older reporter wanted to test my mettle, so he brought me out to his own Lada, opened the trunk, and presented me with two identical-looking plastic jugs. One was filled with several litres of spare fuel. The other had homemade pálinka. He opened the container on the left, poured a liquid into the cap, and forced it into my hand, urging me to drink. To this day, I’m not sure if I drank car fuel or moonshine brandy.

The next spring, a journalist I knew in town had a friend visiting from Vancouver—a beautiful young woman named Melody. I was so taken with her, but she was clearly out of my league. To my delight, though, she and her friend asked if I would go with them on a road trip to Transylvania. I knew I was invited for no other reason than transportation. We hit the road.

Driving across the Hungarian-Romanian border back then was like travelling through time. Hungary had modern gas stations and nicely paved highways. Romania had neither, and the rocky roads were often blocked by sheep or cattle. About an hour into our trip, the axle of my car cracked from the rough terrain. It was Easter weekend, but fortunately, we found an Eastern-Orthodox mechanic and I talked him into welding the axle back together—for the equivalent of about $2.50.

Maybe it was my skill at dodging shepherds on the winding roads that impressed Melody, or maybe it was my ability to talk a mechanic into getting us back on the road on a holiday weekend. But six months after that night, we eloped, and close to a quarter-century later, we are still together. My reporting in the region jump-started a journalism career that is still going strong. Only the little Lada, unfortunately, didn’t make it.

Peter Klein is based in Vancouver. He is the executive director of the Global Reporting Centre.
Tallulah Fontaine

Inside the Legal Battle to Preserve Land As Sacred Space