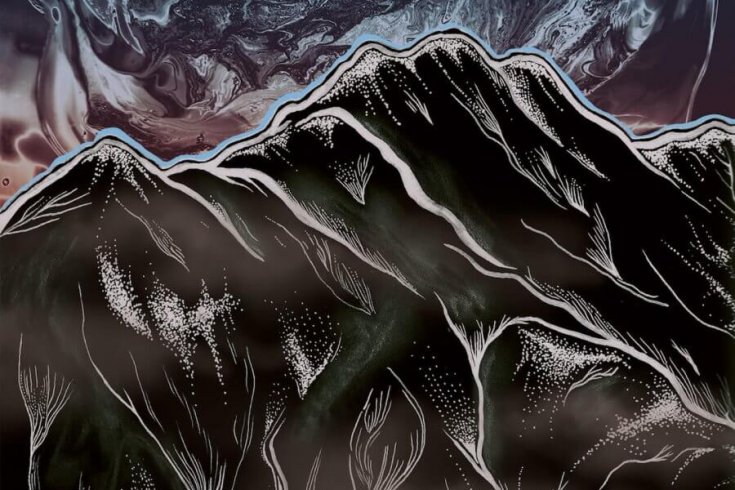 Last november, the Supreme Court of Canada dismissed the Ktunaxa Nation’s appeal to block construction of a proposed ski resort in a sacred alpine valley in British Columbia known as Qat’muk. Ktunaxa Nation v. British Columbia marked a defeat not just for the First Nation but for an unprecedented Canadian legal strategy: instead of grounding its appeal solely in Aboriginal rights or environmental protection—arguments the court had heard before—the Ktunaxa Nation argued that the development infringed upon its “freedom of conscience and religion” afforded by section 2 (a) of the Charter of Rights and Freedoms. Oberto Oberti, the Italian-born architect who designed the resort, once told a filmmaker, “Creating a mountain resort and giving access to the mountains is like creating a cathedral.” But for Peter Grant, the Ktunaxa Nation’s lead counsel and a forty-year veteran of Aboriginal law, the plan was “like the government of Italy deciding that it was of national importance to put a natural-gas pipeline straight under St. Peter’s Square.”

Qat’muk—popularly known as Jumbo Valley—is quintessential BC backcountry: thousands of hectares of conifer forest, alpine meadow, and hanging glacier in the Purcell Mountains. The region is a home and travel corridor for grizzly bears, an umbrella species whose presence is a key indicator of ecological integrity. For the Ktunaxa, whose religion is inextricably tied to their ecosystem, grizzly bears have long held spiritual significance. As written in the nation’s Qat’muk Declaration, published in 2010, two years before the BC government approved the ski resort, “Qat’muk is a very special place where the Kǂawǂa Tukǂuǂakʔis, the Grizzly Bear Spirit, was born, goes to heal itself, and returns to the spirit world….The Ktunaxa have a stewardship obligation and duty to the Grizzly Bear Spirit and Qat’muk.” In other words, the nation was saying that no permanent construction should be permitted in the area.

The person who signed the declaration was Kathryn Teneese, chair of the Ktunaxa Nation Council and the plaintiff on its behalf in the subsequent lawsuit. “What we were trying to do was to ensure that the Charter protections extended to our beliefs the same as they do to everyone else,” she says. When the Supreme Court ruled against the Ktunaxa, “they took that away.”

The Supreme Court has decided many land disputes over the years, with several Indigenous appellants among them. Never before had it been asked to protect a landscape on the grounds that it was sacred. In one of her final cases as chief justice, Beverley McLachlin wrote for the majority opinion, “The Ktunaxa are not seeking protection for the freedom to believe in Grizzly Bear Spirit or to pursue practices related to it. Rather, they seek to protect the presence of Grizzly Bear Spirit itself….This is a novel claim that would extend s. 2 (a) beyond its scope and would put deeply held personal beliefs under judicial scrutiny.” She explained that the First Nation had demonstrated the sincerity of its belief but not that the state was interfering “in a manner that is non-trivial or not insubstantial, with his or her ability to act in accordance with that practice or belief.” The state, McLachlin seemed to be saying, could no more protect Grizzly Bear Spirit from a chairlift than it could protect God from Nietzsche.

To the Ktunaxa legal team, this was a fatal mischaracterization of the claim. “They said that we were trying to protect the object of their spiritual beliefs. That was never argued,” says Grant. Instead, the Ktunaxa Nation asserted that its beliefs are fundamentally linked to a specific landscape—Qat’muk—and therefore it was impossible to protect one without the other. Grant feels McLachlin and her colleagues failed to make the imaginative leap of considering religious freedom from the unfamiliar perspective of a religion rooted in land. “You can talk about Catholics and their spiritual connection to Rome—Christians, Muslims, and Jews, their spiritual connection to the Holy Land and the source of their spirituality,” he says. “Well, that’s what you have here, and it’s like the court is afraid of the impact of that right.”

The ktunaxa nation’s claim may have struck McLachlin and her colleagues as novel, but it didn’t spring from a void. It fits into a global progression of legal thought aimed at protecting nature and nature-based religions that dates back more than 1,000 years and has been recently gaining ground.

One early example is a tenth-century Sufi text “The Dispute between Animals and Man,” wherein a host of animals—nightingales, bees, jackals—complain in the Spirit King’s court of their abuse by humans. The court ends up ruling in the humans’ favour. The modern, secular extension for this argument found full expression in the United States’s Endangered Species Act. Signed into law in 1973, this revolutionary piece of legislation placed the right of any species to survive above the rights of industry to develop. Three years later, Portugal adopted Article 66, which read, “Everyone has the right to a healthy and ecologically balanced human living environment and the duty to defend it,” into its constitution. Nearly 100 countries now have constitutional rights to a healthy environment. Canada isn’t among them.

But making a “healthy environment” a human right doesn’t escape the anthropocentric world view that underpins nearly every environmental protection on the books. Western cultures value ecosystems in terms of their utility to humans. Yet any hope for a healthy biosphere may hinge on us learning to see things the other way round: to ask not what our ecosystems can do for us but what we can do for them.

The more radical step is to give legal standing to the environment itself. In 2008, the Confederation of Indigenous Nationalities of Ecuador pushed for the country to become the first on earth to enshrine the rights of all nature into law. In 2017, a state court in northern India declared the Ganges and Yamuna Rivers to be “legal and living entities having the status of a legal person with all corresponding rights, duties and liabilities.”(India’s Supreme Court later overturned the ruling.)

Perhaps the example that most resonates with Ktunaxa Nation v. British Columbia—one that certainly inspired the Ktunaxa Nation’s legal strategy—comes from New Zealand, where Māori world views have been percolating into the country’s constitution against a dark backdrop of forced assimilation that is all too familiar for Indigenous people in Canada. In 1975, New Zealand’s government formed a permanent commission, the Waitangi Tribunal, to investigate Māori claims of mistreatment by the Crown—stemming from the 1840 Treaty of Waitangi that established Great Britain’s sovereignty over the country. In 1999, the tribunal urged the government to reinstate Māori authority over the sacred Whanganui River, the longest navigable river in the country, into which sewage had long been dumped. “One needs to understand the culture of the Whanganui River iwi [tribe] to realize how deeply engrained the saying ko au te awa, ko te awa, ko au [I am the river, the river is me] is to those who have connections to the river,” New Zealand’s Environment Court remarked five years later. “To desecrate the water is to desecrate the iwi.” In 2014, the same year the Ktunaxa Nation went to provincial court over Qat’muk, the Māori reached an agreement with the federal government. Last year, when the agreement was formalized into law, the government gave the Whanganui River “the rights, powers, duties, and liabilities of a legal person.”

Not all of these cases, and others like them around the world, ended in victory. But for those that did, the road often led through defeat—and only seemed impossible until they were enacted.

In his dissenting opinion on the Qat’muk case, Supreme Court Justice Michael J. Moldaver wrote, “Religious beliefs have spiritual significance for the believer. When this significance is taken away by state action, the person can no longer act in accordance with his or her religious beliefs, constituting an infringement of s. 2 (a).” He agreed with the Ktunaxa that the “decision to approve the ski resort will render all of the Ktunaxa’s religious beliefs related to Grizzly Bear Spirit devoid of any spiritual significance.” Even so, in his view, the Ktunaxa’s right to deny development in Qat’muk had to be balanced against the provincial government’s mandate to develop Crown land. Since no compromise was possible, Moldaver concluded, one side had to lose.

Teneese and Grant found some solace in Moldaver’s dissent, since at least it offered an acknowledgment that the Ktunaxa’s beliefs would be affected by the construction of a resort. This now gives future litigants a crucial precedent to cite. Time and again, minority dissent has become majority opinion in subsequent decisions—a process that, for Indigenous people in Canada, has yielded hunting and fishing rights, allowed oral history as formal evidence, and made Aboriginal title a reality. “We believe that the arguments we brought forward are valid and worthy of consideration,” Teneese says. “Hopefully, as time goes by, that will bear some fruit.”

Arno Kopecky was shortlisted for the 2014 Governor General's Literary Award in nonfiction for The Oil Man and the Sea. His latest book, The Environmentalist’s Dilemma: Promise and Peril in an Age of Climate Crisis, is out now.
Lauren Crazybull

Lauren Crazybull has had her work featured in Canadian Art, Briarpatch, and Shameless magazines. She is currently working on a #yegsad, a webcomic.

The Best Car I Ever Had