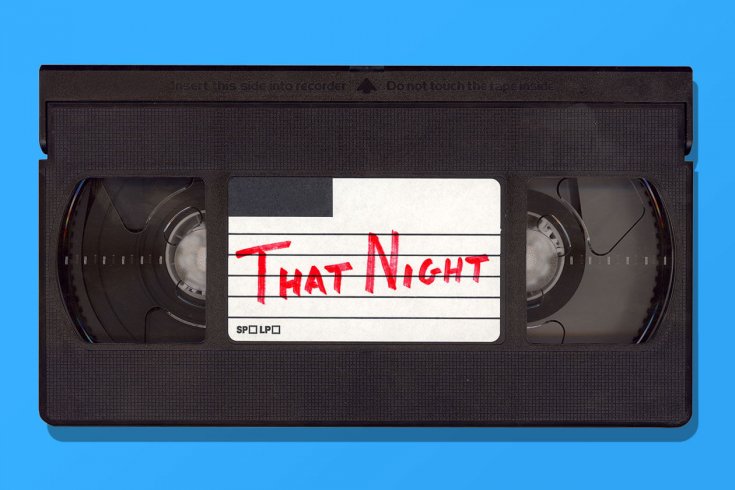 Photo Illustration by The Walrus 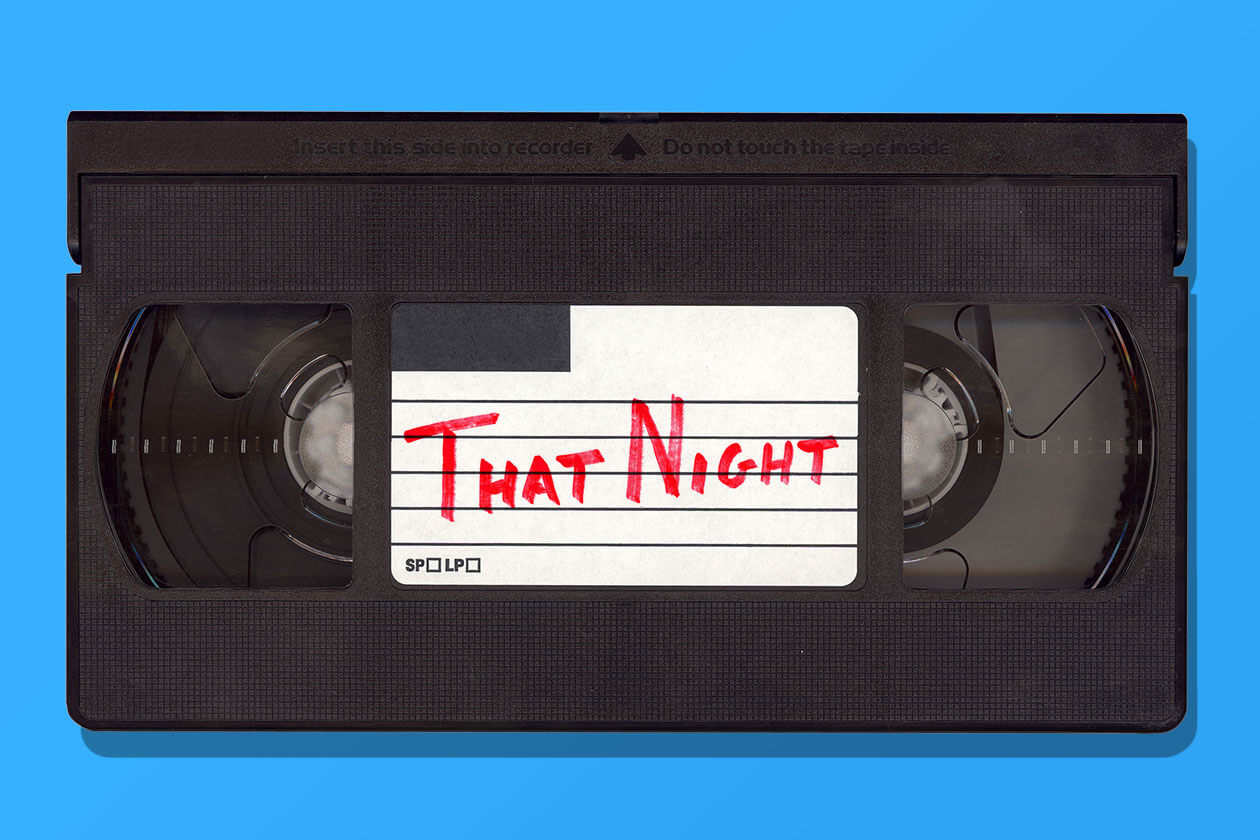 It started with pictures he would take—one of me, my face obscured by a swirl of brown hair, rubbed-red skin, a beaded necklace around my neck. At the time, we thought the photo was classy, artful. I was nineteen years old; Matt was my first real boyfriend. We planned meals together, met family, shared friends, and learned that simple, life-changing truth: it was so much better to make love to someone you loved. It was like a secret door had opened and inside I discovered the adult world of intimacy and adventure. So we experimented, first with pictures, then with other things.

One night, he balanced a video camera on his dresser and angled the lens toward his single bed. We got started: no fancy moves, just missionary and switching up who was on top. We barely paid attention to the camera, imprinting our movements on an unspooling roll of film. Afterward we sat down to watch what we had made.

I woke from a nightmare: I was watching the sex tape again, but this time an online progress bar moved along the bottom of the video.

I remember thinking that watching your own sex tape would be like having sex all over again, reliving it, frame by frame. But it was not like that—not at all. There we were in pixelated black and white, but the lighting looked less forgiving on screen. My memory and the camera’s seemed to split in two. Were my thighs really that jiggly? Why did I let my mouth dangle open like that? Why was the camera positioned at our assholes? This was not the sex I remembered. There had been passionate eye contact, heavy breathing, and urgent kissing. Finally, Matt got on top and for the rest of the tape I was a tangle of legs on the bed. I would have been happy to disappear from the shot altogether. We’d wanted a memento; what we’d captured instead was an outsider’s view, what someone might have seen if they’d opened my boyfriend’s bedroom door in the moment. A sudden intrusion of the public into the private.

In 2004, when my boyfriend and I made that tape, the Internet was still peripheral to our university student lives. All my personal information—my passport, bank statements, cell phone bills—was stored in a shoebox under my futon. My cumbersome laptop contained nothing more than first-year university essays, something no one wants to read. My Hotmail account I checked once a week for emails from camp friends. Few nineteen-year-olds could have predicted at the time how completely our thoughts and actions would be consumed by the online world.

“Why did we make a sex tape?” I asked my boyfriend, months after we did. It would be a serious chore to share that analog footage as fast and far as he could today, but, even then, I experienced mild bouts of paranoia. The early 2000s were the heyday of “leaked” celebrity sex tapes and American Pie movies, private moments caught on camera and shared with the entire high school. Every time I saw a Girls Gone Wild ad, I felt queasy. Where were those wild girls now? After being swept up in the fervour of a top-dropping spring break, they probably weren’t so keen to have the evidence circulated.

“Do we need a reason?” my boyfriend responded. He said it so casually, like he had some greater understanding of the sex tape medium than I did. I never asked him to destroy it.

Ten years later, I woke from a nightmare. I was watching the sex tape again, in all its pixelated, black-and-white glory, but this time it was housed in the digital confines of a website. A progress bar moved along the bottom of the video, the view count ticked up, thousands upon thousands of anonymous eyeballs on it. The comments underneath were awful.

The world had become a harsher place in the intervening years. A blurring of private and public, the real and online worlds, had taken place. A celebrity accidentally tweeted a topless picture she meant to send to her boyfriend. An amateur hacker hoovered an unwitting stranger’s iCloud account empty. At the time I had this nightmare, headlines were dominated by news of the Fappening—a massive online leak of celebrity nudes. Every day new names and links to photos were posted on the anonymous message board Reddit. Revenge porn websites like myex.com proliferated online, producing daily pictures of exposed women (and some men, but mostly women). Underneath these fleshy images were full names, hometowns, and sometimes even a link to a social media account. There was also a text box for the revenged to do a little contextualizing. “Played a lot of mind games and she started seeing another guy behind my back” read one such justification.

A year and a half after we filmed the sex tape, Matt and I broke up. It was mutual, as far as I remember. Neither of us cried or pleaded to stay together. We were young and had a vague notion that we should go explore, or something. So we embarked on another new experience, this time separately. Sometimes I saw him around town. I met his new girlfriend, shook her hand, introduced my new boyfriend, felt time wash over me like I was eighty years old instead of twenty-one. When university ended, I moved away and he stayed behind.

As far as I knew he had no lingering animosity toward me, but revenge porn doesn’t always stem from jilted lovers. “She did not close her Facebook account at the cibercafe [sic]” reads one post on myex.com. This woman failed to guard her privacy and, apparently, got what was coming: tens of thousands of views and dozens of hateful comments. Who knew how many personal items I’d misplaced over the years: love letters, report cards, mixtapes, health cards, a treasure trail of pin numbers and passwords as I traipsed from apartment to apartment, city to city. My shoebox of personal information had migrated onto the Internet at last and I guarded this information as well as a low-security prison. Frankly, I’d never cared what was at stake. Identity theft, stolen credit cards, it all seemed vaguely fixable—but not this.

That sleepless night, I realized I couldn’t trust my ex to do the right thing. I needed to know that he had. We rarely spoke, but I knew things about him via Facebook. He dated a girl I remembered from second-year English class. He went to Thailand. He returned to the same East Coast town where we fell in love and became a teacher and continued to play in local bands. I dug up his email and banged out a message that went through several rounds of edits. How to ask about the tape without insinuating he might have uploaded it? What if he had lost it during his travels? Could I really be mad if he had?

Occasionally, in group share-alls about everyone’s most daring or embarrassing exploits, I recounted making the tape. Here, when people talked about passing out mid-coitus in a public sauna or selling weed to the roadies at a Nine Inch Nails concert, my story fit. I felt momentarily safe knowing that we all did crazy, potentially stupid things and mostly we got away with them. Except sometimes we didn’t.

In the background, I heard music playing in the same local record store where I had spent hours waiting for my ex as he thumbed through worn record spines. Part of me was surprised by how familiar his voice sounded after a decade of not speaking. Another was shocked that a brick-and-mortar record store in Halifax had managed to survive so long.

Our conversation had lost its easy flow. There were starts and stops aggravated by a two-second delay as our voices bounced from one coast of Canada to the other. After a brief round of catch-up, he said, “I destroyed the tape.”

My face broke into a grin that I covered with one palm. If he were in front of me, I would have hugged him. In the massive crapshoot of whom-to-trust-with-your-embarrassing-pre-Internet-indiscretions, I had picked the right guy after all. It took a moment to get my voice back and he asked cautiously, “I hope you didn’t want it sent to you?”

The tape had lived in his closet for years, he said, until he was clearing out his apartment before moving overseas.

“And I thought, What do I do with this little cassette tape? It’s like a credit card. I have to physically destroy it.” He ripped the shiny filament out, snipped it in a few places and dropped the remains in a garbage can. That didn’t sound destroyed enough for me and I told him so.

“What was I gonna do?” he asked, and I could hear his smile through the receiver. “Back over it with my car?”

“Did you ever watch the tape again?”

“Once. After we broke up. But it was just heartbreaking.”

“Why was it heartbreaking?” I asked, conjuring jiggling thighs and dangling mouths all over again.

“It was towards the end, we were finishing up, and I didn’t get up right away to turn the camera off. We were lying in bed, talking and cuddling. I was so sad watching that. I just felt, like, I miss Laura.”

At thirty years old, I’ve learned to follow the prevailing wisdom: don’t record anything you don’t want seen. And yet, I’m annoyed by this lesson. How have we defaulted to self-censorship so easily? Do I want to make another sex tape? No, not really. But should I have the right to without worrying that some stranger will see it? Yes, of course. I mourn for today’s nineteen-year-old going through what I did a decade ago. At least I learned my messy lessons before the dawn of living on an interconnected grid where media moves with the touch of a few simulated buttons. If she experiments and the evidence resurfaces, her only hope might be growing into a world where incriminating information isn’t unique—it’s part of everyone’s online persona. But that day has not yet arrived. People are judged and continue to judge.

“It’s funny,” Matt told me as we said our goodbyes, “I didn’t know I could miss you, after all this time. But I do.” I felt the same. Somehow, I felt a little sad that our sex tape was gone, snippets decomposing in a garbage dump somewhere.