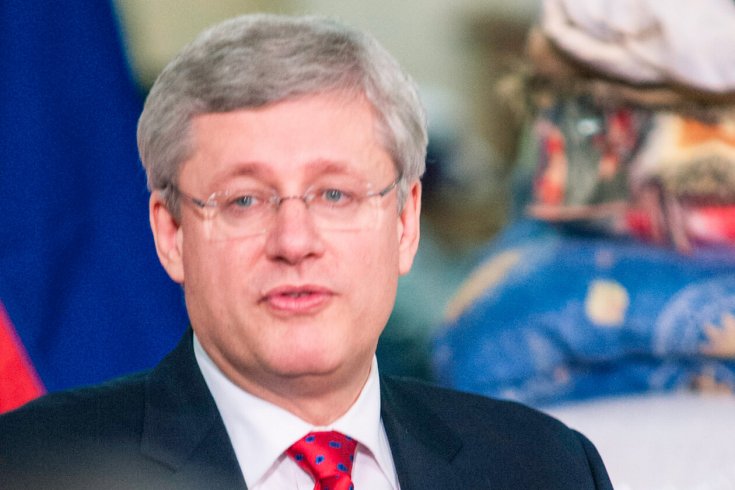 One of the most successful and important figures in Canadian history gave up his seat in the Commons this week. The Globe and Mail reported the news on page 4 of Saturday’s edition under the headline “Harper Resigns To Pursue Consultancy.” The former prime minister announced the news in an otherwise empty Parliament Hill conference room, later broadcasting his characteristically bland remarks through Facebook.

The winner-take-all nature of elections can produce odd moments like this. I remember once, shortly after Harper’s Tories won re-election in 2011, meeting Michael Ignatieff at a store in downtown Toronto. He was buying cat food. Just a few months previous, Ignatieff was being spoken of as Canada’s next great Liberal prime minister. Now, he was running Whiskas through a self-checkout scanner. That’s cruel.

It’s doubly cruel where Harper is concerned—because, as John Ibbitson concedes in Saturday’s Globe, Harper’s legacy on the big issues was largely positive. “If Liberal leader Paul Martin had won the election in 2006 and proceeded to impose greater accountability on the public service, to cut taxes, to solve the softwood lumber dispute, and to apologize and offer redress for the the abuses at residential schools, dollars to doughnuts he would have received high marks all around.”

Ibbitson lists other Harper accomplishments, such as landmark trade deals, and excellent stewardship of the economy at a time of global crisis. But to my mind, perhaps his greatest feat was finally throwing the Liberals out of power so they could clear out their rot. Blinded as we are now by Justin Trudeau’s army of smiley, happy people, remember that this was once the party of Alfonso Gagliano, Jean Carle, and Jacques Corriveau—a soulless, grubby political machine that had no purpose except to keep the Grit tribe in power. Harper smashed all that. Without him, there would be no Justinian Restoration, and Canada likely would be the same somewhat dour, insecure and politically backward place it was under the feuding grey men of the late Chrétien–Martin era.

This is not to whitewash Harper. Nothing can excuse the toxic, Islamophobic populism of the Tories’ last election campaign, when they attempted to sway voters with cheap gambits. But none of those gambits produced anything in the way of lasting policy. The Canada that Trudeau inherited from Harper was rich, confident and ascendant on the world stage.

So why is Harper’s exit Page 4 news? In part, it is because we all have short memories when it comes to politics: Many Canadians who can list the entire starting lineup of the 1993 Blue Jays would have a hard time naming more than one or two Cabinet Ministers from Jean Chrétien’s first term in office. Moreover, by the time multi-term leaders leave office, they usually have grown so unpopular that no one is in the mood for sympathetic send-offs.

But in the case of Harper, there is an additional factor, which is the overpowering charisma and newness of Justin Trudeau, richly documented in glossy magazine spreads around the planet. No matter what you think of Trudeau, it is unquestionable that—for good or ill—he has summoned into existence a completely new era in Canadian politics. And when something feels this new, it makes everything that came before it feel old.

Not just “former,” or “ex” or “previous.” But flat out old. Shuffle off, Grandpa Harper, we’re going to need that conference room for a photo shoot.

Harper is only fifty-seven years old. If Brian Mulroney is any useful guide, Harper may still be giving speeches and going on foreign trade missions in 2040. But where the public imagination is concerned, he’s already cashed out his cat food, taken his receipt, and wandered off into the parking lot.