Summertime, When the Visigoths Go Pillaging | The Walrus
Skip to content 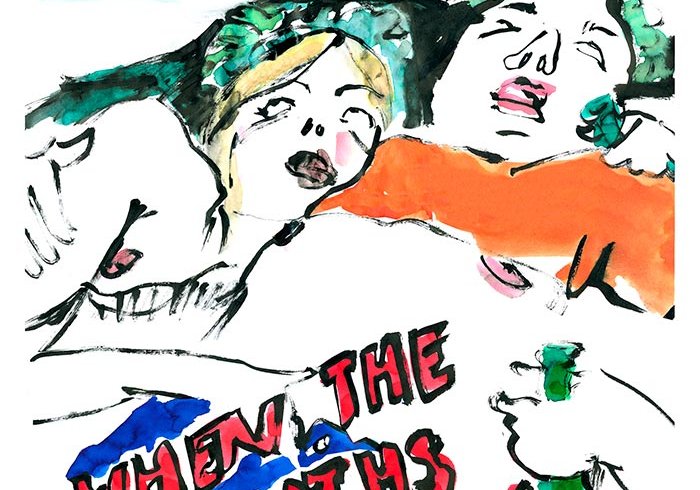 There’s something intriguing about the currently received notion of summer as a season for escape. Once upon a very different time, if you were escaping in summer it was very probably literally so, in much of the world through much of the past.

For a good part of history, spring meant the resumption of campaigning season, and summers could therefore be—precarious. Vikings, Visigoths, Huns, Mongols, Cossacks… head for the hills, or valleys, or marshes, whatever worked for you locally. That was the mandate of the day, sunscreen and reading material optional, as it were (though we owe the existence of a number of precious illuminated medieval manuscripts to monks grabbing them on the way out the back cloister door).

Beyond that, for farmers (and most people were farmers, if you go back far enough) summer was a heavy labour season, not downtime, notwithstanding poetic images of torpor among droning bees or shepherds and shepherdesses self-indulgent in the shade. (With a handful of exceptions, poets haven’t been all that versed in the realities of pastoral life.)

The aristocracy had its own rhythms, of course. For them, at certain times and places, summer did mean escape from the city, whether from London or Paris, Madrid or Changan. Those châteaux along the Loire were not exactly winter palaces. I vividly remember my mother, on a long-ago Easter trip through the Loire, asking in frigid ballroom after ballroom, “But how did she heat the place? ”

Still, as Dylan Thomas has it, “seasons must be challenged or they totter,” and for many of us summer’s heat now means tottering into the holiday escape. In France, where I’ve lived at times, the escape is a challenge, a mass jailbreak from cities at the beginning of August, leaving open the query: what are we escaping if everyone else is coming, too? A Zenlike approach might suggest that staying still becomes the truest departure. There is precious little Zen on the Autoroute du Soleil heading south in August.

For many today, the summer escape is into the world of books. There’s something depressing for a writer in the notion that reading is seen as stolen time, almost illicit, not properly integrated into any normal regimen. It belongs on airplanes or beaches and cottage docks. During the ordinary routine, reading a book amounts to fifteen pre-sleep minutes after Peter Mansbridge.

But it feels ill bred for an author to complain. In today’s luridly accelerated, distracted world, if people only find a chance to make room for slow fictions on slow summer days we are probably wisest to count our blessings and imagine our words filtered through sunglasses and the blurring effect of five o’clock vodka and tonics.

Books and travel are linked in my own mind, in any case. When I was younger, backpacking through Europe in summers-that-were, there was a shifting curriculum of fictions that accompanied the Eurail season. A snapshot of that year’s on-the-road-or-rail zeitgeist.

Tolkien, of course. I remember a summer when everyone seemed to have John Fowles’s The Magus, or dutifully carted War and Peace. One didn’t carry Kierkegaard on the backpack circuit—much too hard to trade in a youth hostel lounge, and trading was critical. In a café in Interlaken, I once swapped James Clavell’s usefully massive Shogun for E.V. Rieu’s prose version of The Odyssey. I still associate Homer with the Alps. Doesn’t everyone?

More seriously, I suspect we all have inward links between some books and where we were when we escaped into them. Everyone knows the memory links to scents or the pop songs of teenage summers, but I suspect if we reach back and in, we’ll find many of the books of our lives to be vividly time and place specific, too.

And, I’d be willing to guess, a fair number of those come with the conjured scent of suntan oil and insect repellent.

Guy Gavriel Kay (@guygavrielkay) has written more than a dozen novels and books of poetry, including Under Heaven and River of Stars.
He was named to the Order of Canada in 2014. His new novel is Children of Earth and Sky.
Hanna Wieslander