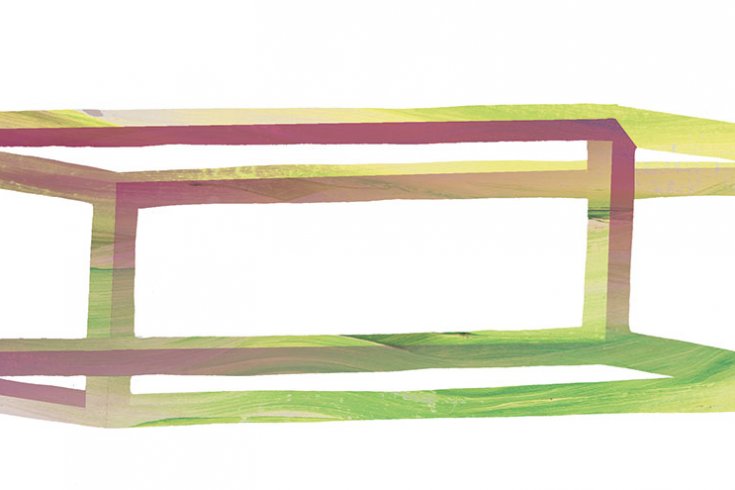 Amanda Boxtel and Mitch Brogan are good friends, but they live 2,500 kilometres apart. So one February afternoon, when they meet up in Ottawa, Boxtel wants a hug. “Come to me, baby,” she says, grinning theatrically. He takes a few measured steps and then halts, and she inches forward until their toes almost touch. He swings his arms around her back. She nestles her head against his shoulder and closes her eyes.

“Most expensive nap ever,” he says.

“I just spasmed,” she giggles.

Boxtel, an athletic forty-seven-year-old who lives near Aspen, Colorado, and Brogan, a tall thirty-four-year-old who lives in London, Ontario, are paralyzed. She’s had paraplegia since a 1992 skiing accident; he’s had quadriplegia since he was hit by a drunk driver in 2006. But today is special: they both use motorized exoskeletons, and they are wearing them at the same time.

Exoskeleton technology has come a long way since General Electric built a 680-kilogram prototype for the United States military in the late 1960s in hopes of boosting soldiers’ strength and endurance. With $150,000 from his accident settlement, Brogan purchased his bulky thirty-eight-kilogram machine from New Zealand’s Rex Bionics in 2012, becoming one of the first people in North America to own such a device for personal use. He takes a couple of steps backwards and demonstrates a funky side-shuffle in his battery-powered, self-balancing robotic legs. The exoskeleton, which resembles an all-black Transformer and whirs like an electric drill, packs into a casket-sized roadie case for travel. At airports, people ask Brogan if he’s in a band.

“It’s hard to have a heart-to-heart hug when you’re in a wheelchair, because there’s so much metal in the way,” Boxtel says. “It’s profound to be able to stand up and feel this.” She became a test pilot for California-based Berkeley Bionics in 2010. Although the company, now called Ekso Bionics, licensed its Human Universal Load Carrier design to Lockheed Martin to create a titanium exoskeleton for “dismounted warfighters,” her streamlined twenty-kilogram carbon-fibre and aluminum robot is intended for therapeutic use. It looks like a pair of stylish leg braces and is supplemented by cuffed forearm crutches and a backpack for the batteries. Brogan has the same unit at Able Bionics, the rehabilitation clinic he runs in London.

Exoskeletons offer an array of physiological benefits—better muscle strength and bone density, enhanced circulatory and digestive system functioning—associated with weight-bearing bipedal movement. There is also psychosocial value in helping accident survivors and people with neuromusculoskeletal disorders such as cerebral palsy walk. Employing computers, gyroscopes, and networks of motors and sensors, the machines allow users to contribute as much strength as they can—if any—to each step, and then provide the power and balance for the rest of the motion. Some devices, including Brogan’s, can navigate stairs, though even on level ground Brogan prefers to have a spotter within arm’s reach.

More than a dozen companies are in the global exoskeleton market, which is expected to grow from $35.5 million (US) this year to $2.1 billion by 2021. “We’re trailblazers,” says Brogan, who is on the board of Boxtel’s Bridging Bionics Foundation, a non-profit that supports research and development on augmenting human mobility. “When there hasn’t been a path before, you create the path.”

Unlike most scientists who work in the field, the two friends have first-hand knowledge of the needs of people with disabilities. They want to be co-creators, not consumers. Boxtel has worked with engineers who used a body scanner and 3-D printer to create parts that fit her perfectly, and her foundation is seeking funding for new projects. She believes technological innovations, including smart fabrics and advances in nanoengineering, will eventually lead to more affordable, lightweight machines. But a significant philosophical shift must occur too—one that speaks to the ever-quickening fusion of biology and technology. “Instead of mechanizing humans, which is what exoskeletons do now, how do we make them more organic? ” asks Boxtel. “How do we begin humanizing machines so part of our individuality and personality is woven into the functionality? ”

Not all wheelchair users share her enthusiasm. When a young man in an exoskeleton kicked a soccer ball during the opening ceremony of the 2014 FIFA World Cup, Red Nicholson, who has blogged about disability issues, responded to the media frenzy. “Ask any wheelchair user, particularly one who’s been in the game a while, and they’ll tell you that they’re far too busy living their life to sit there worrying about whether or not they’ll ever walk,” he wrote. “I have no more desire to be strapped to a robot than I do to go swimming with great white sharks.”

Boxtel and Brogan, though, probably would want to swim with sharks. They’re both scuba divers, and while in Ottawa they attended a diving dinner. Underwater, they feel free. But that’s not the same as taking a step, looking somebody in the eye, and leaning in for a hug.

Dan Rubinstein is the author of Born to Walk: The Transformative Power of a Pedestrian Act.
Connor Willumsen