It Doesn’t Get Better | The Walrus
Skip to content 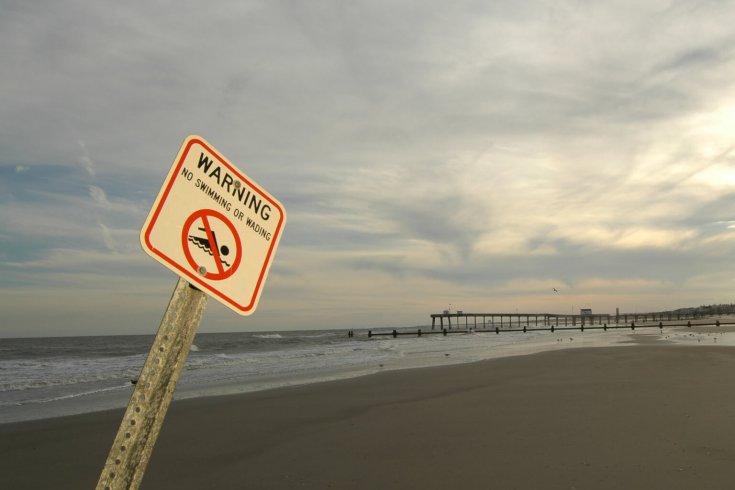 Razors pain you;
Rivers are damp;
Acids stain you;
And drugs cause cramp.
Guns aren’t lawful;
Nooses give;
Gas smells awful;
You might as well live.

If you were going to kill yourself, how would you do it? You could jump off a bridge, or leap in front of a subway, or shoot yourself in the head. You could tie a noose round your neck or take an overdose of barbiturates. You could even swim out into the lake, too far to swim back.

I’ve considered many of these methods myself and have even attempted to carry some of them out. I came close a few years ago, with an X-Acto knife and too much gin. My left wrist has been the site of several minor skirmishes since then but has seen nothing on that scale; I had to wrap a Tensor bandage around my entire forearm and pretend to friends and family that I’d been in some sort of skateboarding accident.

I was diagnosed with depression, various forms of anxiety, and (very mild) obsessive-compulsive disorder at seventeen, and, despite nearly a decade of therapy and a dozen medications, have often thought of offing myself, to the extent that I’ve always simply assumed that, when I eventually went, that’s how I’d go (something that has made the classic job-interview question “Where do you see yourself in five years?” so tough to answer). You may understandably wonder why I’ve been unsuccessful in my pursuit of the void.

The fact is, killing yourself is a fantastically tricky thing to do. Setting aside the basic human impulse to survive, there are a great many practical complications that any attempt at suicide presents. Guns can misfire, ropes can snap, drugs can induce vomiting and leave you with little more than a sore stomach and a fucked-up liver. Around 40 percent of subway jumpers survive, mangled into considerably worse shape than before. Just 1 percent of wrist-cutters are successful.

Most suicidal people are aware of the risks, aware that whatever attempt they make on their own life is statistically likely to fail and cause them greater pain and humiliation, to compound their sadness and anxiety and loneliness and make life even more wretched and grey. (Once, on my lunch hour, I walked down to a frigid Lake Ontario, there taking off my coat and shoes with the intention of taking a terminal swim. I backed out in part because, had I failed, I would’ve had to return to work and tell my colleagues why I was sopping wet.)

In April, Justin Trudeau’s government unveiled its new right-to-die legislation. It will give those suffering from painful terminal and degenerative physical illnesses—those for whom “natural death has become reasonably foreseeable”—access to doctor-assisted suicide. It will not give those suffering from painful mental illnesses the same access—this despite a parliamentary committee’s recommendation to the contrary (the bill proposes only that an independent body be established to explore the issue). But that won’t stop thousands of Canadians from killing themselves this year. Suicide will remain one of the most common causes of death in this country (and the second-most common cause among young people), and it will remain as grisly and undignified as it ever was.

The arguments against legalizing euthanasia for the clinically depressed are mostly specious. Slippery-slope fallacies (“What’s next? Eugenics?”) have been popular among conservative newspaper columnists in the lead-up to the release of the legislation, while concerned opposition MPs have taken to building straw men, suggesting that the government should help the mentally ill instead of killing them. Their points are fatuous and easily dismissed: countries in which the mentally ill have for years had the right to die—including Belgium and the Netherlands—have not taken to euthanizing undesirables; and, of course, no one is suggesting that doctors stop prescribing therapy and medication and instead advise their patients to take a long drop with a sudden stop.

More subtle and more invidious is the idea that the mentally ill—that uniform mass of derangement and dissociation—are, by definition, incapable of deciding rationally to kill themselves. As the Conservative MP Gérard Deltell, who is not a medical professional, said in a recent interview, “At what point does someone suffering from a mental illness offer his or her full and complete consent? It’s impossible.” Certainly, questions of consent are fraught when it comes to psychotic illnesses, but I have never experienced the breaks with reality that typify them. And so Deltell’s monochrome thinking presents me with a Catch-22: I don’t want to live, but the very fact that I don’t want to live means I can’t possibly consent to die.

Obviously, whatever treatments are available—the medications now are numberless, and access to psychotherapy and cognitive behavioural therapy is increasingly open—should be tried before any decision to die is made. And that decision should be made by an adult, in consultation with psychiatric professionals. (Eighteen-year-olds are allowed to purchase cigarettes, so it would be tough for any government to argue that they don’t have the wherewithal to kill themselves by other means.) It needn’t be deemed a capitulation or chalked up to an insufficiently stiff upper lip.

“I’m a third of the way there,” I told my best friend the other day over a few pints and a few Hemingway-esque attempts to express the futility of life in suitably masculine terms. It was a dark suggestion that I was merely counting down the years, but one that unwittingly implied I’d be around till at least seventy-eight.

Perhaps that will be true. Perhaps, contrary to my own self-imposed and deeply ingrained prospectus, my depression and anxiety and OCD will dissolve blissfully away—or at least become manageable—and I will achieve the average lifespan of a Canadian man. But the government will not, on the basis that a cure might eventually be found, ban ALS patients from assisted suicide. So why should they stop the chronically depressed because they have “good days and bad days”? Even on the good days, I know the bad days are coming.

And so, for those unlucky few who have tried everything and decided that a life mired in oppressive and unremitting sadness is no life at all: rope, razor blades, pills; bridges, subways, skyscrapers; an emissions-happy car and a length of hose. Those are the choices that Trudeau has left us with. Sunny ways, Canada. Sunny ways.

Graeme Bayliss is the editor-in-chief of TVO.org and a former managing editor of The Walrus.