Is the Jihadi Threat Overhyped? | The Walrus
Skip to content 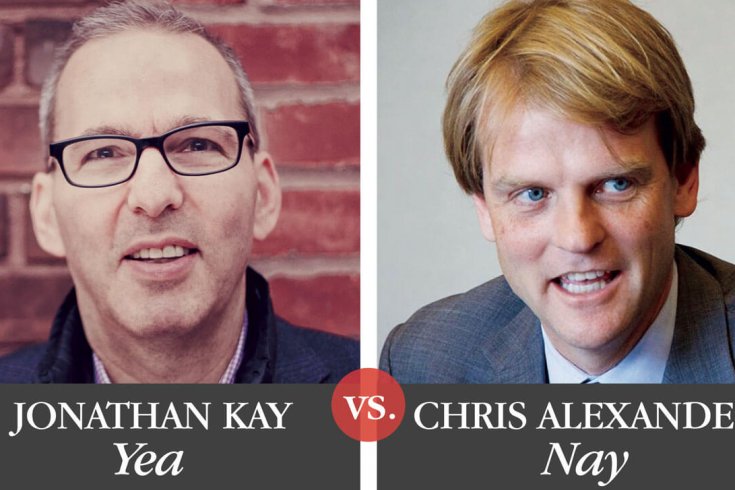 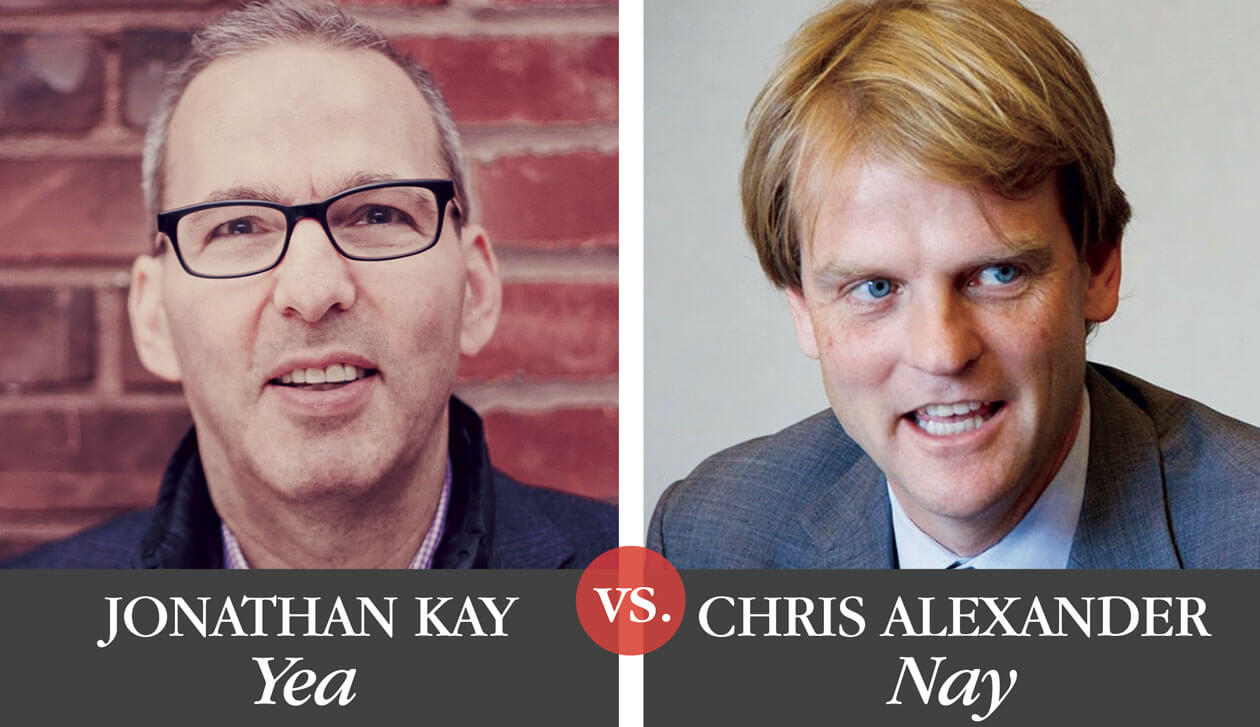 In 2016, we associate terrorism primarily with Islamic jihadists. But the human instinct to purify mankind through violence is not new. Nor is it specific to any one religion or civilization. We’ve seen it before. And we’ve defeated it before.

More than a century ago, Italian poet F. T. Marinetti—who later would become a fascist and a Mussolini supporter—tried to rouse his fellow artists from their bourgeois slumber with a 1908 document he called the “Futurist Manifesto.” Article 9 infamously stated, in part: “We will glorify war—the world’s only hygiene—militarism, patriotism, the destructive gesture of freedom-bringers, beautiful ideas worth dying for.”

Unsettling as these ideas may seem, Marinetti viewed his project in utopian terms. “Mythology and the Mystic Ideal are defeated at last,” he wrote. “We’re about to see the Centaur’s birth and, soon after, the first flight of Angels! . . . We must shake at the gates of life, test the bolts and hinges. Let’s go! Look there, on the earth, the very first dawn! There’s nothing to match the splendor of the sun’s red sword, slashing for the first time through our millennial gloom!”

These are not merely the ravings of some pretentious artist taken up with his own ideological grandeur. Marinetti’s exhortations capture the desperate, romantic search for human purpose that emerged as Europe gave up the rituals of Christianity and the seasonal rhythms of agricultural life, in exchange for the gritty, noisy, dehumanizing gearbox of industrial capitalism. Fascism, Nazism, Marxism, Bolshevism, communism, anarchism—all of these utopian movements blossomed roughly at this same historical moment. All tried to answer the same big question: If not God, if not the harvest, if not the family—then what?

In each case, the answer was the same: Build a new Jerusalem, perfect a new kind of man. Each ideology left a trail of indiscriminate, terroristic slaughter. When paradise is the goal, the end always justifies the means.

These fanatics inevitably bring an aesthetic dimension to the project of mass murder. (Marinetti’s reference to “hygiene” captures this perfectly.) Which is to say, fanatics seek to cleanse the world of human pollutants—be they capitalists, Jews, or infidels. God himself once was the ultimate hygienist: Long before the Koran was written, the Judeo-Christian almighty was on Biblical record repeatedly annihilating huge swaths of life in the name of moral purity—most notably in the great flood.

Here in the West, we very recently have found a way to control these utopian, genocidal impulses—though we had to go through Hitler and Stalin to get us here. But that is not true of the Muslim world, where the disruptions of modernity arrived much later—and which began its transformation from a more socially and technologically retrograde baseline. This is why it is Middle Eastern and South Asian Muslims, not Jews or Lutherans, who now are blowing themselves up in the name of hate and paradise.

But this phase inevitably will pass. Throughout history, terrorist groups either transform into legitimate political actors—as in South Africa, Northern Ireland and (more controversially) the West Bank. Or they keep ratcheting up the hideousness of their tactics until they eventually alienate their supporters and unify their enemies. That is what is happening to ISIS, which is steadily losing ground in Iraq and Syria. It is also happening in Pakistan, where a Taliban splinter group recently blew up families playing together in a park.

In the meantime, we will use whatever means we have—military, intelligence, propaganda—to protect ourselves from violence, and prevent terrorist groups from finding new recruits. But the idea that we are engaged in some endless, apocalyptic war against the whole of Islam; and that the prosecution of this war must be regarded as the defining project of Canada and other Western nations; simply isn’t true. In arithmetic terms, Islam’s civil war is much less deadly than the great global conflicts of the twentieth century. And, from our selfish North American perspective, it is useful to note that almost all of the casualties are Muslims who live on the other side of the world.

Yes, the terrorists succeeded in Paris and Brussels. But the prediction that mass Islamist slaughter would become a daily occurrence within Western nations—which was in wide circulation in those fearful days after 9/11—never came to pass. Here in Canada, the death toll from Islamist terrorism since 9/11 has been precisely three. Single traffic accidents sometimes claim more lives than that.

No one disputes that there are evil jihadists out there, plotting to kill us all and destroy Western civilization outright. But they are doing a bad job of it. And their edifice of hate and nihilism is destined to collapse—just as it did for the parade of Western hate ideologies that afflicted our own societies in our parents’ and grandparents’ age. Knowing this should allow us to combine a sense of perspective with a spirit of vigilance.

Has the terrorist threat been exaggerated here in Canada? On the contrary. Our prime minister says we are not at war with an outfit—the largest terrorist group in history—that butchers people in cafés, theatres, and metros in Europe, that enslaves women, that executes civilians in cold blood. For the first time in our history Canada has withdrawn from combat against an enemy our allies are actively fighting—in spite of a UN mandate, the support of the states most under threat, and the sanction of international law. President Barack Obama called the so-called Islamic State a bunch of little league “junior varsity” terrorists just as they were threatening to overrun Iraq, and many Canadians bought into this misleading spin.

The truth is that terrorism is now a major threat to the Middle East, Africa, South Asia, and Europe precisely because we have systematically under-estimated or downright ignored its ideology, its capacity to project violence, and its sponsors, including state sponsors. Far from exaggerating this threat, we have made it worse by downplaying it.

The last thing we should do is overstate the reach of today’s terrorists. When ISIS-inspired lone wolf attackers hit Ottawa or Saint-Jean-sur-Richelieu, they seek to shock and intimidate, disrupt and paralyze—just as larger groups did recently in Paris and Brussels. If we exaggerate the threat, change our way of life, or curtail freedoms, only the terrorists win. That’s why over my six years in Kabul we kept visiting all parts of the country, even when the going got tough. That’s why Canada’s Parliament and armed forces remain open, anchored in welcoming communities. Our best defence is to continue our lives in gentle defiance.

But there is little evidence the terrorist threat is being exaggerated in Canada today. It’s not in the headlines. It’s not the main topic around dinner tables or at Tim Hortons. The withdrawal of our jets has put Iraq and Syria, for us at least, even further out of sight and out of mind. After all, CSIS confirms the numbers are small—about 100 Canadians now fighting in Syria or Iraq, 80 in other terrorist theatres, a couple of hundred more just back or thinking of going.

But is this perspective right? Is it responsible? Let me offer a few more statistics. According to the US State Department reports on terrorism the number of people killed worldwide in international terrorist attacks from 1995 to 2003 (the year of the invasion of Iraq) never exceeded 750—except of course in 2001. After the US Iraq campaign, the number of deaths in terrorist incidents rose dramatically to a peak of almost 23,000 in 2007, receding to 11,000 in 2012, mostly as a result of the surges authorized by Bush and Obama into Iraq and Afghanistan.

Then what happened? The troops mostly came home. But the death count tripled. In 2014 there were 32,700 deaths in terrorist incidents. Most occurred in Iraq, Nigeria, Afghanistan, Pakistan, and Syria. For 2015 and 2016 the numbers look equally bad.

In fact, the number of people killed in armed conflict in 2014 was higher than at any time since the end of the Cold War (with the exception of 1994, when Rwanda’s genocide took place). Well over 60 million people have been displaced—at least 10 million by war in Syria and Iraq. This is by far the largest humanitarian crisis since Second World War.

Canada should be proud of its impressive record on refugee resettlement to aid this cause. But resettling large numbers also gives terrorist what they want. We must do much more to end these brutal conflicts that are now becoming large-scale, prolonged wars, upending the balance of power in the Middle East and endangering global peace and security for years to come.

The biggest threat to Canadians is not from terrorists today. It will come when the conflicts in Syria and Iraq end, and hundreds of thousands of hardened fighters seek targets elsewhere.

Ignoring or low-balling the threat has not served us well. Obama was wrong about ISIS just as both Bushes and Clinton were wrong to neglect Afghanistan and Pakistan before 9/11. Where we have taken serious action, we did not finish the job. Gadhafi is gone from Libya, but no viable institutions took his place. The Taliban were pushed back (until recently) in Afghanistan, but Pakistan’s ISI still supports them. In Iraq, a disastrous war was followed by a catastrophic cut-and-run in 2011, ushering in the so-called Islamic State. In Syria, promises of democracy and red lines about chemical weapons turned out to be empty words.

The result has been carnage, mayhem and the biggest terrorist army ever. Please be under no illusion with regard to what terrorism is costing the world today. We are right not to panic here today in comfortable Canada. But if you live in Afghanistan, Iraq, Israel, Lebanon, Libya, Nigeria, Pakistan, or Syria, terrorism is a daily misery. If you live there your friends and family have seen it or been victims of it. You are worried about your kids or your neighbours’ kids. In a much larger number of states—from Malaysia and Indonesia to Turkey and Somalia, Kenya, Mali, Niger and Indonesia—terrorism has distorted everything from politics and justice to business and investment, throwing dozens of countries off course. Europe is still reeling from its cycle of attacks. How many hints do we need to know we are not doing enough?

If we remain aloof, if we continue to treat the wars in Syria, Iraq, and elsewhere as someone else’s problem, I am worried Canada will sooner or later pay a much higher price—either when a big attack shocks the global economy, or our domestic security is undermined on a larger scale, or prominent voices turn against our welcoming immigration policy.

Until we do regain our perspective, and take our responsibilities seriously, these conflicts will worsen. Hundreds of thousands more will die. State sponsors of terrorism will flourish. Autocrats like Vladimir Putin will fill the vacuum, making the Middle East safe for dictators. Underplaying the ravages of terrorism in today’s world is no way to make people safer or the world a better place.

On April 18 in Toronto, Jonathan Kay and Chris Alexander will be debating on the resolution, “The terrorist threat has been grossly exaggerated in Canada,” at an event hosted by the Macdonald-Laurier Institute. 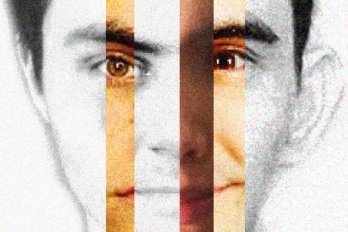 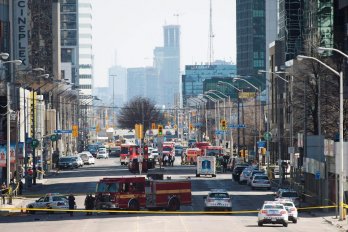 Toronto Refuses to Give In To the Terrorism Trap