Stop Whitewashing Our National History | The Walrus
Skip to content 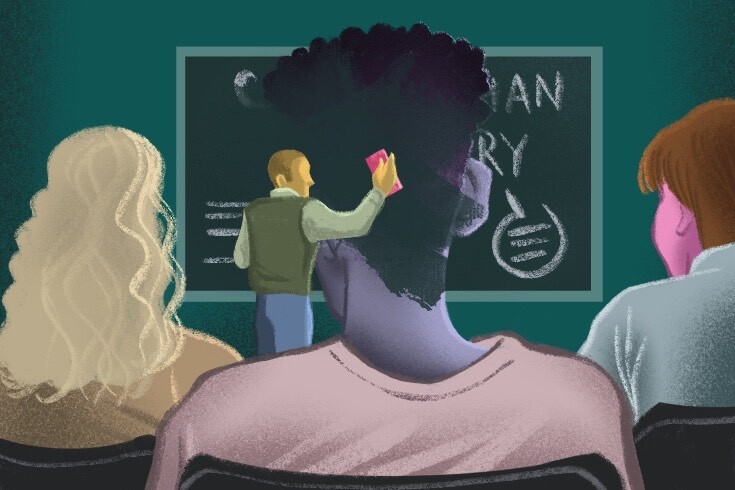 When NDP leader Jagmeet Singh was kicked out of the House of Commons, in June, many of us watching at home felt that Singh, the first-ever racialized person to lead a major federal party in this country, was being singled out and politically bullied for calling out racism. In a move that I’m uncertain how else to qualify, Bloc Québécois MP Alain Therrien was the singular member of the House to vote against an NDP motion to recognize systemic racism within the RCMP. But mainstream reporting about the incident told a different story. Much of Canadian media chose to focus on Singh’s refusal to apologize—not the fact that Therrien was actively pushing back against an important step toward addressing systemic racism within the federal police force.

A few weeks before this incident, a number of other prominent Canadians—including the leaders of two provinces—repeated the time-worn cliché that systemic racism in this country doesn’t exist. Quebec premier François Legault said that, while he stands in solidarity with people protesting the killing of George Floyd by police in the United States, “there’s no system in Quebec of discrimination.” And, he added, “it’s a very, very small minority of the people that are doing some discrimination.” Ontario premier Doug Ford made similar comments, denying that this country has the “systemic, deep roots” of racism that the US does—a sentiment walked back later that week.

These statements are not just factually untrue—they are also a slap in the face to Black communities, which are dealing with the very real effects of that racism today. In the past few weeks, there have been widespread calls to address the anti-Blackness inherent in the policies and practices of Canadian media companies, nonprofit organizations, and police forces—an overdue public acknowledgement that these systems are built on the same violence that Legault, Ford, and others have claimed does not exist. But this rhetoric of Canada’s innocence is far from new. It fits right into a broader, long-standing history of denialism and erasure that has come to shape the way this country views itself.

Canada is a country steeped in systemic racism. Black communities have spoken for years about the discrimination we face in employment, education, health care, policing, and a host of other institutions, with the data continuing to bear those stories out. A 2018 Ontario Human Rights Commission report found that, between 2013 and 2017, Black people in Toronto were almost twenty times more likely than white people to be involved in a fatal police shooting. According to the Toronto District School Board (TDSB)’s 2018 student-census data, Black students accounted for 11 percent of the TDSB student population in the 2016/17 school year but received 36.2 percent of suspensions and expulsions. Indigenous communities in Canada also face major disparities when it comes to their physical and social well-being, including limited access to health care and disproportionate levels of incarceration. Yet these communities have had to watch with collective dismay as Canada’s leaders and thinkers peddle a version of this country that’s virtually unrecognizable to many of its racialized inhabitants.

Canada markets itself as a country built on polite tolerance and kind-hearted multiculturalism while, at the same time, Black people are harassed, targeted, and surveilled, even within their own communities. This perpetual dissonance means that we feel consistently and repeatedly gaslit—asked to deny the evidence of our own experience and the well-documented proof of our subjugation while this nation sticks to its own version of events.

One of the more effective tools of Canada’s denial has been historical revisionism, which sees the country frequently painting its past atrocities in favourable light. Take Canada’s role in slavery. This country, it’s true, provided the last stop in the Underground Railroad, a network of former slaves, abolitionists, and sympathizers to the antislavery cause that helped enslaved people escape to freedom. And, in the popular version of that narrative, Canada is the saviour that subverted America’s slave-owning oppressors. Yet lurking beneath this national pride is a hesitance to openly discuss, for example, the nineteen slave ships that were built in Newfoundland and used to transport enslaved people from Africa. “I didn’t learn anything about slavery in Canada,” says Natasha Henry, author, educator, and president of the Ontario Black History Society. “It was really just about the Underground Railroad, about Canada being this place of freedom for African American freedom seekers.”

Currently, Canada’s education systems have no standardized curriculum for teaching African Canadian history. Instead, it is left up to individual teachers and school boards to decide whether or not to engage with it. Teachers probably never miss a chance to celebrate Canada’s role in the First World War, but rarely do students learn that the slave trade was practised in New France going all the way back to the 1600s or that the buying and selling of slaves was advertised regularly in Canadian newspapers. In fact, slavery was such an important institution in Canada’s history that it was referenced in the Articles of Capitulation, a legal document, signed at the surrender of Montreal, that outlined the transfer of governance over this land from the French to the British in 1760. As Anthony N. Morgan, a human rights and racial justice lawyer and educator, explains, the document made sure to mention that the practice of slavery was allowed to remain in place after the French surrendered and that enslaved Africans and Indigenous people could still be schooled in the Catholic religion.

But, instead of perpetuating this more accurate version of history, Canada has polished and repackaged the realities of that era in favour of a narrative that looks much more agreeably upon its treatment of Black people. Names like Dundas and Dalhousie crown our prominent streets, cities, and hallowed institutions despite their namesakes’ messy entanglements with slavery: Henry Dundas opposed expedient abolition in favour of a “gradual” approach, and Dalhousie University’s historical ties to slavery were explored in a September 2019 report. The document included a discussion of the role played by George Ramsay, ninth Earl of Dalhousie and the university’s founder, showing that direct proceeds from the slave trade were used to bankroll the formation of the university. Ramsay, who was the lieutenant governor of Nova Scotia at the time, had also firmly pushed back against welcoming Black refugees into the province and enacted policies that greatly marginalized these Black Nova Scotians (though there is no evidence that Ramsay himself was a slave owner). Meanwhile, there has been no formal apology for Canada’s role in slavery despite a strong recommendation from the United Nations that the country acknowledge this wrongdoing.

This false historical benevolence toward Blackness forms the bedrock of racial conversations in this country today. After all, how could a country that helped slaves escape to freedom be anti-Black? While the US civil rights movement was underway into the 1960s, we on this side of the border solidified our moral superiority by enacting the Bill of Rights. But, according to Morgan, Canada has actually been hostile to some human rights advances, particularly where Indigenous people are concerned. In fact, he traces some of the earlier roots of our denial of anti-Blackness to the other elephant in the room: Canada’s unwillingness to truly reckon with its treatment of Indigenous people. “Part of suppressing calls for racial justice from Black Canadians has actually been a collateral attack on Indigenous peoples,” he says. “If Black people start calling for justice and Canada takes on the fact that there’s racism, then of course Indigenous peoples, as the original stewards of this land, will say, ‘Wait, hold on, you need to do right by us as well.’”

It’s impossible to talk about the history of erasure in this country without acknowledging how that erasure has also been weaponized against Indigenous communities, and in similar patterns. At the 2009 G20 summit, then prime minister Stephen Harper famously said that Canada had “no history of colonialism.” In 2015, Canada’s Truth and Reconciliation Commission asked that all levels of Canadian government mandate age-appropriate curriculums on “residential schools, Treaties, and Aboriginal peoples’ historical and contemporary contributions to Canada.” Those calls have been largely ignored, with the Ontario government even cancelling its project to update the curriculum. These calculated omissions and outright denials reveal a country that has yet to fully grapple with its own role in upholding white supremacy.

The scale of this dismissal is harmful in myriad ways, and denying these experiences is in itself a form of state violence. The effects of the residential school system and other predatory government policies have perpetuated further inequalities in Indigenous communities. Failure by the government to meaningfully acknowledge them only makes this harder. In many of Canada’s Black communities, the denial of years of state-sanctioned anti-Black violence means that social and political systems have racism built into their operation: education systems continue to discriminate against Black children, the federal prison system continues to disproportionately punish Black people, and police continue to be deployed into “problem communities,” resulting in heavy surveillance and harassment.

Large-scale avoidance also makes it difficult to work toward grassroots and community-based solutions to many of the inequalities that exist. Canada refuses to collect race-based data on a broad scale despite many calls from bodies like the Ontario Human Rights Commission and even the UN. This lack of data has led to huge gaps in the necessary knowledge that would inform culturally appropriate solutions.

The inequalities will continue to exist for as long as Canada continues to refuse its own history and silence the people who speak up about it. Until this country can accept itself for what it is, it will be unable to truly reckon with its racism. But, with worldwide Black Lives Matter protests and frank, ongoing conversations about police abolition, it is possible that some of these false narratives will be forced to crumble. Institutions are being made to acknowledge very publicly their own structural racism, and the size and scale of these calls for accountability means there’s potential to yield real change. This can happen only if those calls are met with immediate and measurable steps toward tackling the issues. Only then can we begin to rectify the damage inflicted by centuries of state violence.

Tayo Bero is a freelance culture writer and radio producer whose work frequently appears in the Guardian, Teen Vogue, Chatelaine, the CBC, and more. Her writing is focused on the intersections of race, womanhood, and the experiences of Black people in the global diaspora. She is also the editor-in-chief of Sisi Mag, a digital platform dedicated to Black Canadian women.
Chelsea Charles

Chelsea Charles is an illustrator who resides in Brampton, Ont., and has received her BAA in Illustration at Sheridan College.

Foraging for Mushrooms on Zoom

Loving Sports at Any Age 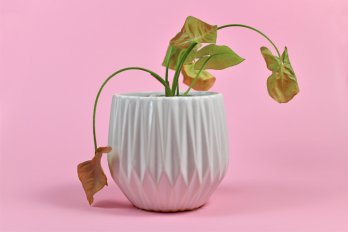 How to Live with Death