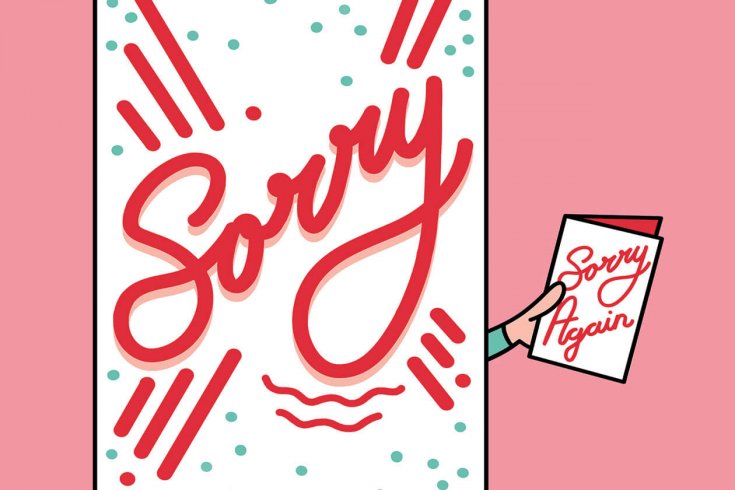 As soon as my son was big enough to hold a door open, he learned to hold them open for strangers. “It’s a nice thing to do,” I explained. Of course, like little kids everywhere, he asked, “Why?”

I considered a couple of answers. For instance, I could have told him that such small, seemingly insignificant gestures are what keep the fabric of society from unravelling. Or, since he was five at the time, I could have simply pointed out, “It’s nice to be nice.”

Instead, I said, “We do it because we’re Canadian.”

It was as if I was passing along a family treasure, though perhaps not the one we all dream of inheriting—not the beach house, not the trust fund. Still, my message was intended to be uplifting. This is who we are. What we do.

We’re polite and proud of it. How could we be otherwise? We’re raised on studies and surveys that routinely declare Canada the friendliest, most well-mannered country in the world. We’re sensitive about our ranking, too—politely, if barely, repressing the urge to demand a recount on those rare occasions when we’re edged out of the top spot by New Zealand or Japan.

The studies and surveys, incidentally, keep coming. Researchers at Ontario’s McMaster University recently came to the conclusion that Canadian tweets are demonstrably nicer than their American counterparts. Ours feature keywords like “beautiful,” “great” and “amazing.” This isn’t surprising; even so, it remains the kind of thing we can’t seem to get enough of in this country.

Speaking of keywords, the one Canadians are best known for—in addition to “eh”—is “sorry.” We say it repeatedly, often inappropriately. The other day my son, who’s nearly 18 now, bumped into his desk and I overheard him apologize—to an inanimate object. I wasn’t sure whether or not to pat myself on the back. Did I raise him well? Or was his reflexive “sorry” ingrained, part of his Canadian DNA?

As for how we got this way, we can, as usual, start by blaming the weather. Our politeness, according to Ian Ferguson, co-author of How to Be a Canadian: Even If You Already Are One, is primarily a survival strategy: “It comes from the absolute need to tolerate your neighbour because they might be the only person who can rescue you in a blizzard when your car breaks down. And vice versa.”

Our neighbour to the south may be another reason we’re so often viewed as nice. The comparison—as with those tweets—plays to our advantage. “If we lived on top of, say, Belgium,” Ferguson added, “we’d still be a more polite society, but not by enough to, you know, brag about it.”

Our front-row seat to American brashness may also account for our historic identity crisis—150 years of wondering, “If we’re not them, who are we?” What’s more, minding our manners from that front-row seat has instilled in us an even more complicated kind of personality complex—equal parts superiority and inferiority. We make fun of Americans at the same time we envy them.

We’re not polite to a fault so much as polite till we can’t take it anymore. That’s why it’s worth remembering that our lauded national niceness is, ultimately, a stereotype and, like all stereotypes, it contains a grain of truth as well as sand—the kind you can’t quite get out of your shoe.

We are Canadian, after all. We’ve seen our fellow countrywomen and men cut into lines, hog seats on buses, talk in movie theatres. We know some of us can be rude sometimes. We know it because we are rude sometimes. But, guess what, it really is nice to be nice. It makes you feel warm and proud—maybe even overly proud. Politeness has a passive-aggressive streak and, on behalf of Canadians everywhere, I’m sorry about that, just not that sorry.

I still hold the door open for strangers every chance I get. But I also secretly wait for my fellow Canadians to walk past me without saying thank you or even nodding. When that happens—and it does, often enough that someone should do a study—I no longer refrain from muttering, unapologetically, “You’re welcome!”

A version of this essay appears in The Story of Canada in 150 Objects (2017), on sale now. Order your copy now.
Joel Yanofsky

Joel Yanofsky is the author of Bad Animals: A Father's Accidental Education in Autism.
Sam Island