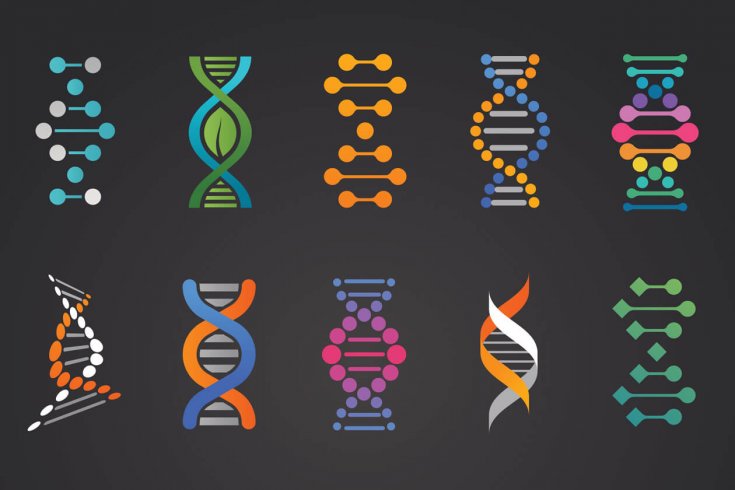 Two years ago, the chief of gene medicine at the University of Montreal’s Research Centre, Pavel Hamet, met a young female patient to discuss an extreme request. The patient wanted to have her breasts and ovaries surgically removed to prevent any chance of cancer. She insisted on having the procedure, refusing adamantly to be genetically tested for cancer at all costs—she believed it would harm her children’s future.

That belief was not unfounded. Twice in the last four years, Hamet has watched insurance companies deny protection to his patients based on their genetic results. One was denied because her sister had tested positive for the BRCA gene, which increases the risk of female breast and ovarian cancers. Another, who tested negative for the same gene, was refused because her family members had all tested positive for it.

In both instances, Hamet chose not to pass his patients’ test results to insurance companies, even though it is illegal to withhold such information. (Another member of his medical team ultimately sent them the results.) “I hated to tell them,” he says. “They just deny protection and my patients refuse testing.”

The perceived risk and apparent likelihood of genetic discrimination has led to Bill S-201, or the Genetic Non-Discrimination Act. It amends both the Canadian Labour Code and the Canadian Human Rights Act to entirely prohibit genetic discrimination. It also ensures that genetic test results are not used as a condition of providing goods and services, namely health and life insurance, by instating stiff penalties: a maximum fine of $1 million and possible imprisonment for up to five years. It’s about drawing a line, says Senator James Cowan, who first proposed the bill. “We should collect information we do know,” he says, “like health habits and family, but not what might happen in the future.”

Canada is one of the only G7 countries without any protections against genetic discrimination. Who is allowed to know these intimate details—and what that data is used for—has been a major point of contention delaying the passage of any genetic discrimination law. The insurance industry has lobbied strongly against the bill because “it would allow the individual to withhold information to the underwriting process,” says Jacques Boudreau, Chair of the Canadian Institute of Actuaries’ (CIA) Genetic Testing Committee.

Insurance is all about the assessment of risk. Let’s say a person receives a bad result from a genetic test. They would be inclined to acquire more life insurance, for fear of how it might impact their health in the future. Under the bill, someone who knows that they have a genetic disorder could get insurance at the same rate as the general public. The lower price would be a strong incentive to ask for as much money as possible. In the long term, this would force insurance companies to instate a cap on the amount of insurance they provide. This would hurt individuals in the community who genuinely need higher rates of life insurance.

If patients refuse to take a genetic test for fear of potential discrimination, Hamet says, then scientific progress in this field will hold no value. People will still be at risk for curable, preventable diseases.

To avoid this situation, patients are presently asked to specify if there is any information about their health they are aware of that they haven’t declared at the end of an insurance application. The purpose is to prevent bad assessments, says Boudreau, and not answering is considered fraud. Bill S-201 would implicitly make it legal to not answer this question, and would have a material impact on the insurance industry. According to the CIA’s own studies, this could increase the average number of claims filed for insurance by 25 percent—16 percent for males and 41 percent for females—for people between the ages of thirty and sixty-five.

These calculations, and all calculations of life insurance rates, are based on decades of data collected by insurance companies and actuaries, which are analysed to determine the probabilities of specific health conditions occurring in a populace. But genetic tests are not currently a large part of their calculus. “No genetic test is required for insurance,” says Senator Cowan, and the results don’t indicate that you have a disease. “You may never have it.”

Besides, Cowan says, the “privacy concerns of Canadians are more important.” A 2013 poll found that 91 percent of Canadians believed employers should not have access to genetic test results. And there have been anecdotal reports by individuals who face genetic discrimination by the insurance industry, at work, and even in social settings.

The insurance industry counters that it doesn’t support mandatory genetic testing, or disclosing test results without a patient’s approval. If, however, relevant genetic test results are available, they should be shared with the insurer “to preserve the integrity and proper functioning of the insurance mechanism.” Insurers “differentiate,” says Boudreau, not “discriminate.”

This debate has been taking place in Canada since the late 1990s and early 2000s, when an independent task force came together to find the way to most effectively use, promote, and protect genetic testing. A collaboration between the University of Toronto and the University of Montréal, it came at a time when genetic testing was becoming an increasingly important part of medical research, and there was no support system for the people undergoing genetic tests. It was a tense, heated discussion among doctors, genetic researchers, patient associations, insurers, economists, lawyers, and sociologists. And ever since, the invested parties have continued to disagree.

“It’s a very complex issue to address in terms of expertise and types of discrimination,” says Yann Joly, who was a member of the task force and is now an associate professor at McGill University specialising in bioethics. Joly recalls that the task force wanted a voluntary moratorium on the use of genetic test results—insurance companies would not look at them for the time being, and the topic would be revisited if and when the industry witnessed a serious adverse impact.

The task force was an urgent and direct follow-up to the HIV epidemic, during which insurance companies were accused of denying some people’s claims if they were related to someone who was HIV-positive. The industry faced a major backlash. It indicated the need for more transparency when it came to the insurance process, while also highlighting the industry’s inability to interpret medical data objectively and responsibly. The same fear has resurfaced today, as genetic testing becomes a more normalised part of medical research and beyond.

“There’s a lot of ways it could manifest,” says Joly, “including in matters of family reunification and immigration.” In December 1998, for example, an immigrant male from Somalia filed applications to sponsor his three children back home, only to be asked to prove his relationship to them. Unable to attain their birth documents because of the ongoing civil war in Somalia, he was asked to provide a DNA sample—it was made clear that without the results of a genetic test and match, his application would be denied.

The test found that his youngest child, who was thirteen years old at the time, was not his biological son. He was denied entry to Canada, despite his father’s insistence that the boy was his son in both name and relation. His two older children joined their father here in 2000, leaving their younger brother with a family friend. The entire family was reunited in 2003, after a judicial ruling found that “the DNA evidence could not form part of the decision” and the visa officer erred in demanding it.

At the core of this issue is the idea of fairness—no one should be hindered in their daily life by health causes they have no control over and that may not manifest into anything serious. But if we substitute “genetic test” with “electrocardiogram,” “MRI,” or “blood test,” would people care as much?

And theoretically, “it’s a win for everybody,” says Cowan: if more people are able to access early detection through genetic testing, health costs for both patients and insurance companies will become manageable.

But the law has always struggled to catch up to science; few people understand the value and impact of genetic tests in creating preventative healthcare, and how it could be used, including policy-makers. In fact, there’s not enough information today to even determine precisely how that might work. “There needs to be more than urgency,” says Joly. “We need a multidisciplinary, multicultural perspective that is forward looking.”

The discussion around the bill, and the fifteen-year-long process that has made it into law, lacks this broad vision. It is responsive policy-making that requires more research and discussion, according to Joly. The bill as it stands will not adjust to the progress that science may make in this field. For example, it focuses on monogenic disorders, such as Huntington’s disease or cystic fibrosis, which occur because of a single defective gene. But studies suggest we all have at least three genetic mutations—how would insurers factor that in? What if the genetic disorder is something that can be controlled by environmental factors or lifestyle changes? What if science progresses enough to remove the gene causing the disorder?

“In my view, Canada is behind the game—both the insurance companies and legislators,” says Michael Hoy, a professor of economics at the University of Guelph who specializes in insurance markets. Many European countries have agreements between the insurance industry and government that regulate the use of genetic information by insurers. The agreement in the UK—one of the first countries to instate one—allows for the review of possible problems from such bans. In these countries, as well as in the simulation studies Hoy has helped conduct, the impact on both the insurance and health industry has been neither large nor negative.

Joly, too, would like to see ethical guidelines to manage this issue, which can be changed, reviewed, and edited periodically and efficiently as data and information is collected about the impact of genetic testing in Canada. The effects, however, may take more than a decade to witness, gather, and assess.

At the very least, people are now talking about genetics, a development that has been as revolutionary as it is controversial. At his Montreal office, Pavel Hamet hopes that the bill will remain reasonable, improve preventative care, and give the tools to physicians and patients to access improved health science. Thyroid disease, Hamet notes, used to be diagnosed through a biological test, even though it is a genetic disorder. In the last ten years, no patient of his has died of the disease, in part because a genetic test has become available. “If patients refuse to take the test for fear of potential discrimination,” he says, then scientific progress in this field will hold no value. People will still be at risk for curable, preventable diseases.

Fatima Syed (@fatimabsyed) has written for The Walrus, This, and Spacing.

Return of the Anti-Vaxers