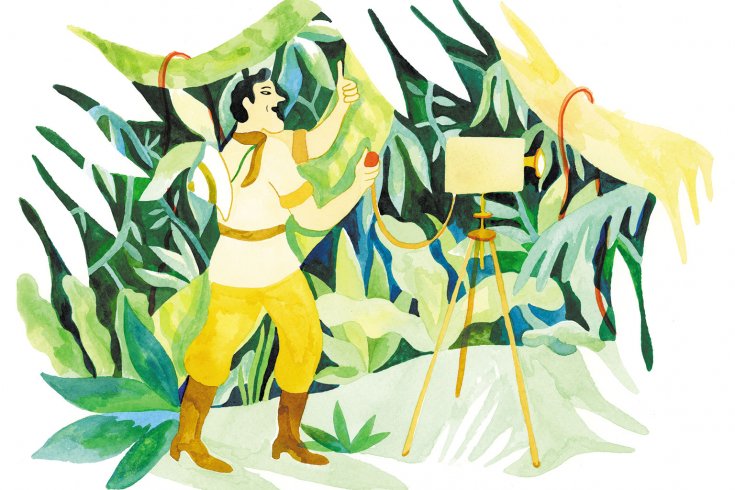 In this subtly layered poem, the speaker describes his wife at work, documenting evidence of wildlife along a “proposed route / for transmission towers” in Labrador. It’s not clear exactly whom she works for—we know only that she’s been sent as a scout “ahead of the engineers”—but her labour is compared to that of a capital-R Romantic poet “in pursuit / of a metaphor to best / all nightingale metaphors.” This sly Keats reference speaks to our growing remove from the natural world: the community does not seek to feed its birds, but rather “our iPods, our toasters.” Such modern comforts stand in contrast to the roughness of the landscape, which is described as “bog / and scrub forest / and broken escarpment.” In the second stanza, the focus moves from consideration of the “bridled electrical yield” to a broader, more philosophical inquiry into “what powers the world.” This sense of shifting scale is reflected in the image of the wife’s hand cupping each nest in her field photographs. Crummey compares the nests to boats resisting “the current’s murky pull,” but ultimately leaves their fate unclear.

For four years, the Vietnamese-American poet Hoa Nguyen has lived in Toronto, where she teaches the poetics of Joanne Kyger, Alice Notley, Charles Olson, and others. Her works are tightly crafted to capture moments of deep attention. In “Sunflower Guardians,” she uses short lines and clusters of monosyllabic words (“Draw your name”, “yer name writ there,” “Don’t pull the wild”) to create a strong, percussive rhythm. With careful, repeated readings, lines that at first seem disconnected come together to tell a strange, fragmented story through the eyes of a speaker who is preoccupied with identifying and naming the plants, the animals, and even the make of car that “can guard the house” at the centre of the poem. It’s a personal landscape, mysterious, and with a strongly emotional atmosphere, one embodied in the image of someone “crying / next to the thicket of birds.” The speaker closes with a declaration of resistance to an unnamed authority, insisting, “I won’t I said again / lick the ass again / of the tyrant again.” Here, the repetition of again hints at her vulnerability as well as her determination to survive: this isn’t the first time she has promised herself not to submit.

Damian Rogers is a former poetry editor at The Walrus and the author of the forthcoming memoir An Alphabet for Joanna. This essay is adapted from a speech she gave at The Walrus Talks Living Better last fall in Toronto.
Mügluck