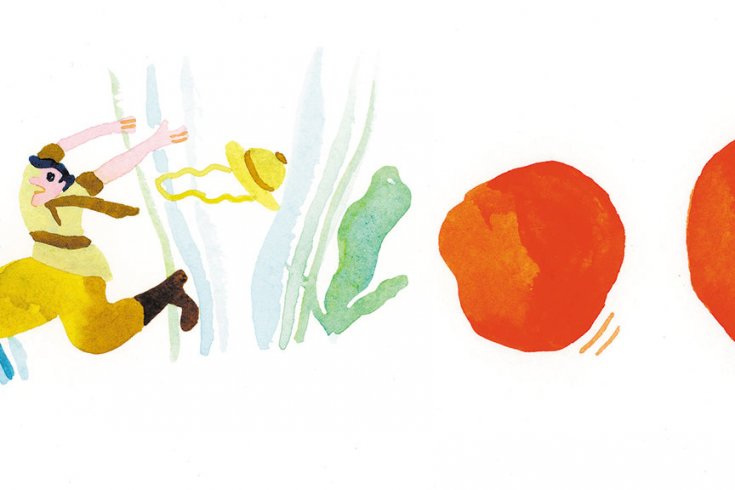 For ninety-three years, L. Berson & Fils haunted Saint-Laurent Boulevard in Montreal. Its front yard was filled with the grey granite stones that were its stock-in-trade. Stacked in piles or lined up as if already planted in a cemetery, they waited to be engraved with the names of the dead. Above them, from a discoloured steel girder, hung a black and white sign with the Yiddish word matseyvos and the French word monuments.

When I visited this spring, the property looked even more ghostly than usual. After nearly a century, the business was moving to a 5,000-square-foot location on the outskirts of Hampstead, a residential suburb. A For Sale sign was fastened to the chain-link fence; dirty patches of snow lay on the tombstones. Brandee Berson-Klein, a small woman with chestnut hair, opened the gate to let me in. The building had the unnatural calm of a room just emptied of its contents. The equipment—a stencil cutter, a sandblaster, a dust collector, and a fumigator—was already gone. The three cranes that moved the stones from place to place were being sold for scrap.

The move was long overdue, Berson-Klein said. Her Jewish clientele left the area decades ago, and things had gotten quite tough recently. Years of drawn-out construction on Saint-Laurent, which shuttered many other storefronts on the strip, made it difficult for customers to reach the business by car, and even now they are wary of going downtown. It is easier for them to buy their monuments from competitors, who sell the stones and then turn to Berson-Klein for the engraving. “The longer I hold on to this place,” she said, “the harder it is for me.”

Berson-Klein, forty-seven, owns the business, which has been in her family for four generations. In her office, she keeps a tattered hardcover book, held together by an elastic band, that chronicles her family history. Her great-grandfather Louis Berson, a stone engraver from Russia, arrived in Canada in 1905, at the age of twenty-nine. He was one of nearly 100,000 Jewish immigrants who entered Canada in the first two decades of the twentieth century; many of them settled in Montreal. For seventeen years, he hauled coal, slowly accumulating the capital to start his own business.

When he opened his shop in 1922, it was in the heart of the city’s Jewish ghetto. Up the block were the offices of a Yiddish newspaper, the Keneder Adler; the Clothing Manufacturers’ Association of Montreal; and Wilensky’s, a tobacconist and barbershop. Elsewhere along Saint-Laurent—known colloquially as the Main—there were delis, bakeries, dry-goods and grocery stores, fraternal organizations, and mutual-aid societies.

By the time Berson died in 1956 and his son, Hyman, had taken over the business, the street had changed. Immigrants and their children were leaving the neighbourhood for wealthier areas. One by one, the old shops closed or moved away: Warshaw, a supermarket and hardware store, lasted until 2002, when it was replaced by a Pharmaprix drugstore. The St. Lawrence Bakery, renowned for its challah and poppyseed cake, is now a Moog Audio store. Simcha’s Fruit Market closed with its owner’s death, in 2005. Long before the move, L. Berson & Fils was a relic of Saint-Laurent.

When Berson-Klein was growing up, her parents would give her a choice: go to summer camp or help out with the family business. She always chose the latter. “My father would sit me on that monument to watch the process,” she said, pointing to a light-grey stone. “And as I got older I did all his paperwork, I learned to do the layout, I sandblasted a couple of dozen times.” As a kid, she could race around the maze of granite with her eyes closed and know where to find every stone. She ran the shop with her father for seven years and took over when he died in 2002. “It’s like I’m leaving my home, if that makes sense,” she said.

Two days after visiting the shop on Saint-Laurent, I went to see the new location on Ferrier Street. It was spacious and nondescript, like any piece of strip mall real estate. From the outside, the cavernous workshop could have been an insurance office or travel agency. Some old machinery had been brought along, as well as a few keepsakes, but the past had mostly been left on the Main.

Ezra Glinter (@EzraG) has published with The New Republic, The Paris Review, and the National Post.
Mügluck