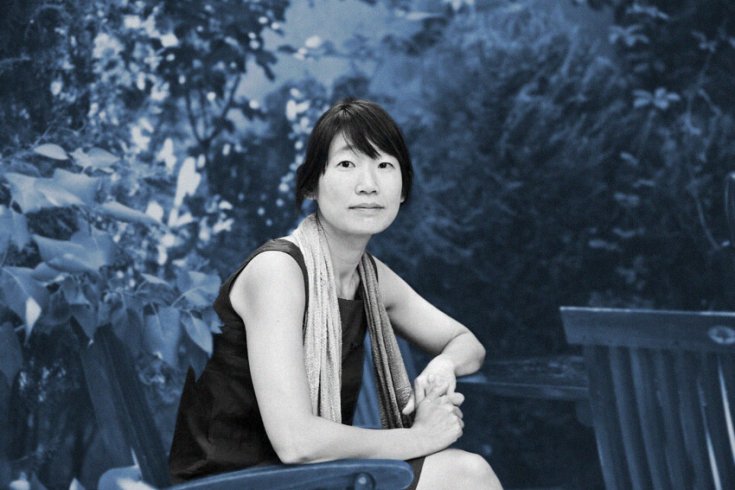 Fifty years ago, in 1966, Chairman Mao declared the beginning of the Cultural Revolution, setting into motion China’s Dark Ages. Mao shut down the nation’s schools and called for the youth to purge the country of bourgeois values and “counter-revolutionary” behaviour. In the months that followed, the repressive political climate quashed freedom of thought, turned family members and friends against each other, and created a legacy of fear that still endures. The Communist Party’s continued authority in China means that the recent anniversary, on May 16, was marked by country-wide silence.

This makes Madeleine Thien’s new novel, Do Not Say We Have Nothing, all the more significant. Realist and yet deliberately poetic, it addresses the events of the past half-century head-on. Set across three generations, Thien’s characters suffer the shame, fear, and humiliation of Maoist propaganda, with much of that suffering borne out of “struggle sessions”—public spectacles in which citizens are forced to denounce themselves and each other in the name of Communism.

“They ask me, quietly, if I have been true to God. In my heart, I take God to mean the Party, the country and my family, and I say yes.” These are the words of Jiang Kai, a renowned pianist in Thien’s latest work and one of two people that Sparrow, a teacher and composer at the Shanghai Conservatory of Music, trusts to hear his music. The other is Sparrow’s cousin, a young violinist named Zhuli. For a brief time, a love triangle emerges between them, but the bonds created by the scores of Bach, Stravinsky, and Beethoven are splintered by Kai’s decision to join the Red Guard. A generation later, the effects of that decision leave Marie and Ai-ming, the daughters of Kai and Sparrow, to retrace the connections between their family histories when they meet in Vancouver. Thien, who won the Amazon First Novel Award in 2007 for Certainty, has often used displacement and migrancy as the backdrop for her stories about people connected across national boundaries. Canada becomes the “elsewhere” her characters take refuge in to talk about their troubling pasts.

Do Not Say We Have Nothing is a work created in direct response to injustice. Thien’s desire to record, remember, and report the undocumented is palpable. The estimated numbers of deaths caused by Mao’s leadership as well as the protests is astonishing—tens of millions for the former, and thousands for the latter. No one has been held accountable, though Mao’s death in 1976 has made it easier for the Party to declare him partially to blame for the Revolution’s failures.

At its heart, the novel is preoccupied with bearing witness. The effects of the Communist Party’s stranglehold on the lives of citizens are made visible in labour camps and prisons, on the streets and within homes. Thien’s meticulous research and careful arrangement of character histories around major events such as brutal crackdown of the 1989 Tiananmen Square protests demonstrates her seriousness in accurately organizing this information.

What are the creative costs, however, when a novel is so predetermined?

One problem is that the characters we are meant to invest in become the right kind of victims. They are the good guys, the innocents. The sympathetic, educated, musically gifted and emotionally tortured ones. They often speak to each other in lines resembling poetry, heightening the melodrama of wartime: “My brother, we will not be abandoned by history.” They are quick to tell us what is in their hearts, what torments their souls, what keeps them up at night. All these threads come together too beautifully to really capture a time of senseless scapegoating and chaos.

This comes as a surprise given that Thien’s writing has already established a starkly authentic relationship to stories of revolution, war, and violence. In Dogs at the Perimeter, her 2012 novel about the Cambodian genocide, a Montreal neurologist named Janie is in control of what we see. Her story—largely constructed out of flashbacks of her childhood in Phnom Penh as Pol Pot’s revolutionary army took over—is visceral, disturbing, and immediate. Janie’s family is forced from their homes, her father is abducted, her mother succumbs to starvation, her brother disappears. In an interview, Thien said that, rather than the historical backdrop, it was Janie’s damaged inner life and her guilt at being her family’s lone survivor that took precedence: “to find that balance I just followed her. It seems like this is where she was going.” There remain unwritten bits in Janie’s representations of the Khmer Rouge, parts that are unimagined because such trauma exists outside of what the narrator believes is communicable. Paradoxically, this only heightens the acute precision of Thien’s sentences.

Do Not Say We Have Nothing, in contrast, seems written through a lyrical, nostalgic fog. The third-person narrator continuously asks rhetorical questions with the intention of revealing the inside of characters’ minds: “Did it matter more to love or to have been loved? If anyone answered her question, she didn’t catch the words. I am so far away now, Zhuli thought, that words dissolve before they reach me.” And later, again: “Of all the people [Sparrow] had loved and who had loved him, of all the things that he had witnessed, lived, and hoped for, of all the music he had created, how much was it possible to see?” To be told of pain and heartbreak through abstractions is very different than feeling them spontaneously as a reader. After all, why create fiction if testimony already exists? Why labour to represent events that are otherwise impossible to represent? We create fictional characters because the world can feel more real through them. When Janie’s family flees into the countryside, Thein describes it this way: “The farther we walked, the more silent the world became, stripped of traffic, blaring radios, air-raid sirens, voices.” That’s why we read—because the terror suggested by those disappearing noises makes sense in a way that the factual horrors of history do not. Hannah Arendt writes that “all violence harbors within itself an element of arbitrariness.” It is this arbitrariness that writing grapples with.

Thien is rightly wary of sensationalizing pain and violence. There is a lot at stake here—novelists aren’t (or shouldn’t be) journalists addicted to spectacle. (Shortly after taking the famous “Tank Man” photo of Tiananmen Square, AP photographer Jeff Widener said that his camera was smashed as a mob descended on a soldier, and his first thought was, “I’m going to lose the Pulitzer prize.”) But Thien’s novel veers in the other direction, stacking metaphors that are meant to feel sensitive and instead become cumbersome: “Rain fell in continuous sheets, beating the tin roof like a regiment of horses” and “the many wrinkles on Big Mother’s face reminded Ai-ming of the dry, patient earth in February, thirsty for spring.”

Such broad strokes are too calculated, too literary, to create verisimilitude and to make themselves felt. Even though the main characters are implicated in the tragic ends of each other’s lives, the writing doesn’t dwell on those conditions of guilt. Instead, it claims that people are capable of moving on. Ai-Ming “didn’t want to be her own river, she wished to be a part of the ocean.” The novel emphasizes “the possibility of being part of something larger than ourselves,” but in doing so, it sacrifices an honest treatment of the way collective consequences are experienced by individuals. Jiang Kai’s betrayal of his friends and eventual disappearance from their lives into a world of Western prosperity receives the sideways glance of a narrator occupied by bigger themes. A grandmother’s inability to tell her daughter that her grandchild has passed away, even after a decade of lies, takes up only a page. These emotional complexities populate the novel, but are barely visible between poetic explanations: “What happened if you melted a person down layer by layer? What if there was nothing between the layers, and nothing at the center, only quiet?”

As the novel jumps between Marie’s present day search for information, to the months she spent with Ai-ming after the protests, to the revolution that came before, it attempts to create the kind of fragmentation that might mirror broken histories. The sections, in reference to the both music and the non-linearity of traumatized memory, are labelled “Part One,” “Part Zero,” and “Coda.” Yet the smooth sentences, padded with figurative language, compromise the pacing and energy—the ambition and expansiveness of Thien’s project seems to get in its own way.

As if overcompensating for silence, Do Not Say We Have Nothing perhaps says too much. While the writing earnestly reminds us that “there is no shame in remembering,” and that “many selves and many lives might exist, but that doesn’t render each variation false,” it passes over the fact that there are other reasons we come to fiction. Keeping the record may fulfill one dimension of art, but its greater task is to show us what the truest, most exhaustive record cannot show—those parts that may not ever become complete or alive or communicable, but were real anyway.