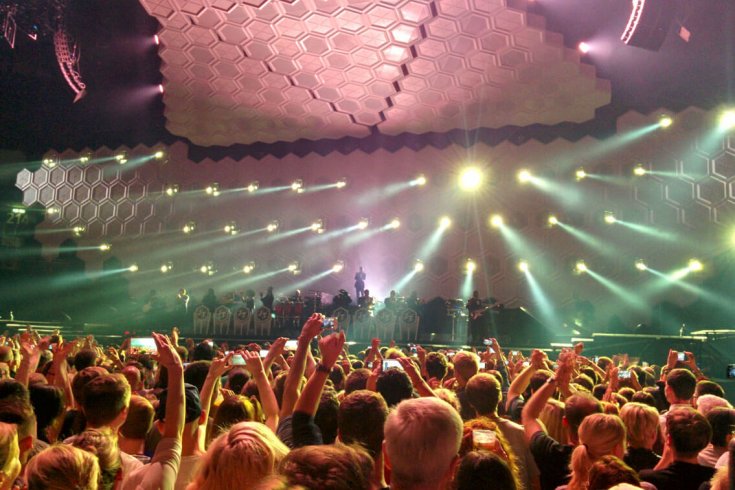 When a pop artist like Justin Timberlake drops a new single, the music world takes notice. But the headlines generated by his latest track have often been less about the song itself than about its odds of victory in one of pop music’s favourite battle royales.

“Justin Timberlake’s ‘Can’t Stop the Feeling!’ is the song of the summer,” exclaimed the Huffington Post May 6, the day of the track’s release. “Song of summer? Justin Timberlake is back,” said USA Today. Google the song’s title alongside the phrase “song of the summer” and you’ll already find nearly 145,000 results total. Weeks removed from the literal beginning of summer, outlets are racing to declare a new frontrunner for seasonal pop supremacy.

“It’s upbeat, it’s poppy, the chorus is him repeating the word ‘dance’ three times,” Billboard’s Gary Trust, the publication’s associate director of charts/radio and editor of its Chart Beat column, tells me. “You couldn’t come up with a better contender.”

For every rare gem like “Call Me Maybe” you get a large handful of inoffensively forgettable sound-alikes flooding the summer charts.

Trust intends this as a compliment, but his description hints at why the song leaves a cynical aftertaste in my mouth. For someone who’s worked with pop vanguards like Timbaland and the Neptunes, Timberlake’s “Can’t Stop the Feeling!” is a conservative turn. Its slinky rhythm is catchy as all heck, but comes off as lightweight. There’s little sense of Timberlake’s imprint on the track: it’s fun but faceless, like it could have been pawned off on another performer and been comparatively successful. The fact that the movie it’s ostensibly promoting (Trolls) isn’t out until November is as clear a tell as any that “Feeling!” has its sights set squarely on summer 2016 domination.

There’s a chance “Can’t Stop the Feeling!” does, in fact, get stopped. Though it debuted at number one on Billboard’s main singles chart (the Hot 100), it’s since dropped down to number three. The top song now is Drake’s “One Dance” which, having only been charting for nine weeks, has the legs of a legitimate song-of-the-summer frontrunner. Perhaps the season’s biggest hit will be another fresh arrival (like the new Calvin Harris and Rihanna single) and there’s an outside chance it will be something we haven’t heard yet, but don’t count on it: the top song of nearly every recent summer was initially released well before the start of summer.

This sort of chart talk may seem like inside baseball, but as the “Can’t Stop the Feeling!” reaction shows, mainstream press is all in. Culture websites such as Pitchfork and Entertainment Weekly have already published substantial prognostications. In past years, New York magazine’s Vulture devoted weekly articles on the state of the race. Shazam, the music-identification app, releases annual song-of-the-summer predictions in late spring based on what tracks users are looking up.

In the early 2010s, Billboard began publishing its own “Songs of the Summer” countdown. (This year’s incarnation’s launched this past Tuesday, June 7.) The chart adds all the data points that go into the Hot 100—a formula incorporating radio plays, downloads and web streams—weekly from Memorial Day through Labour Day and ranks, cumulatively, the season’s most popular songs. Billboard has even applied its formula to calculate the top 10 songs of the summer backwards through 1985. (Canucks have a good track record when it comes to summer hits: Bryan Adams, Nelly Furtado, and Carly Rae Jepsen have all claimed Billboard’s song of the summer honours.)

The idea of a summertime song is hardly new. It’s based on two rather universal concepts: that we use music to build collective experiences, and that the collective experiences we romanticize as distinctly summery—think beaches, BBQs, outdoor weddings, lantern-lit backyards—warrant a particular soundtrack. Music criticism’s turn towards poptimism (treating pop music with comparable rigour as rock and other genres) and the proliferation of online outlets seeking web traffic are enabling factors. Then there’s the idea that the demassification and splintering of music habits in the digital age inspires listeners, critics and industry alike to seek out common ground.

“I think people are really hungry for those monocultural moments, where it feels like everyone is coming together around a certain event or idea,” says Jamieson Cox, an entertainment reporter based in Waterloo, Ontario, who has covered the song-of-the-summer sweepstakes in previous years. “The idea of one song emerging from the fray to become the belt-holder for a certain year really appeals to that sensibility.”

That’s noble enough, but I’m concerned that as the artists and industry becomes increasingly “self-aware”—a term Emily Toshia used in Grantland in 2014—the songs themselves become more cynical, more target-marketed. The congruence of in-depth media coverage and legitimizing chart tracking has inspired a winnowing of the sorts of summertime sounds reaching our ears. While champion songs of summers past included ballads, slow-jams and other change-of-pace tunes, in the 2010s songs that dominate the summer charts are up-tempo party party songs—or, to borrow the title of the 2011 champion, they’re “Party Rock Anthems.”

And, more and more often, they kinda suck.

Ever since Rihanna’s “Umbrella” dominated 2007, more and more of the contenders eagerly signing up to enter the song-of-the-summer fray offer the same uncanny, unfulfilling precision of “Can’t Stop the Feeling!” For every rare gem like “Call Me Maybe” (and even there you’ll find cause for cynicism) you get a large handful of inoffensively forgettable sound-alikes flooding the summer charts. In more extreme cases, like the summers of “Blurred Lines” or “Fancy,” the season-ending sensation is akin to a hangover, waking up when September ends and wondering, “What the hell were we all thinking?”

Cox tells me that, for him, part of the appeal of summer pop music is the sense that even those who may not be fans of the song go along for the ride, helping create that collective experience. “There’s this feeling like everyone has either agreed on the song’s merits or surrendered to it,” he says. “It’s a feeling of consensus.”

But maybe we can find better ways of achieving consensus, or rethinking what that consensus means. Writing for the New York Times in 2014—a summer when critical discontent with “Fancy” as the season’s biggest hit was palatable—music writer Maura Johnston critiqued the chart-obsession side of the song-of-the-summer discussion. She cited 2009 as an example of a year in which Billboard’s song-of-the-summer rankings—placing the Black Eyed Peas in the top two spots—missed the real story. It was Michael Jackson, in the weeks following his death, who truly shaped the sound of that summer as listeners flocked to his songs to remember and pay tribute to the King of Pop.

“How can you say that 2009 wasn’t ruled by Michael Jackson?” she tells me. “How can you not think that this year will be ruled by Prince?”

Hoping that a second regal icon, in death, can save us from this year’s pandering pop pretenders may be too much to ask. But perhaps we could benefit from talking about song(s) of the summer in broader strokes, focusing less on the calculated music industry horserace and more on why and how certain songs seem to find that perfect place in the fabric of our bright sunshiny days and hot summer nights.