Chapel of the Pines | The Walrus
Skip to content 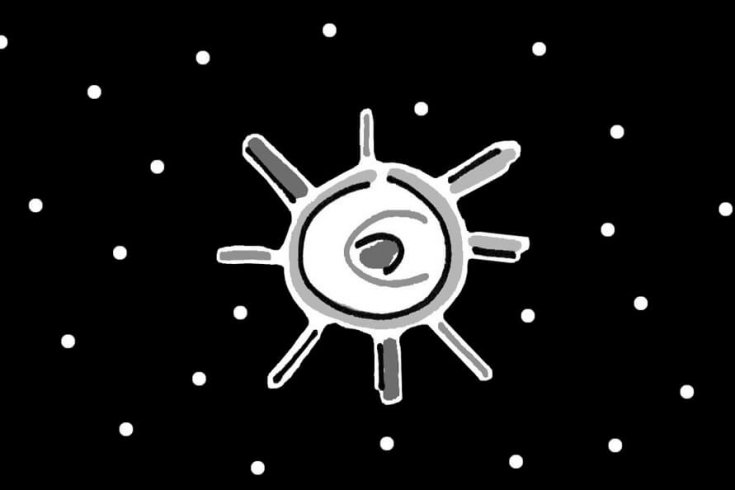 There’s always room on the bench next to Sad Billy. Under the Whitman Tree.

Says the brass plaque hammered into its midsection, the tree took root in 1892, the year Walt Whitman quit breathing.

Billy was looking up. At the crescent moon.

I sat beside him.

He doesn’t talk, Billy. Not ever.

Mama burned the town down. Damn-near. Put a butane torch to the wallpaper, grabbed Daddy’s urn and sailed out the front door.

I ran after her.

First big blunder of my life.

Guess the firetruck blew a tire, and by the time it got rolling again… If it weren’t for the Suwannee chopping the town in two like Houdini, Cypress would be a memory.

That would’ve suited me fine.

I remember . . . Mama sitting on the cathedral steps, holding me. Rocking me. Watching the bonfire.

And the fire in her eyes. Made the other look like a birthday candle.

That was ten years back.

I’m still sweeping up the ashes.

I was fifteen when I jumped the fence at Cypress High, drowned my backpack in the river.

Aunt Ella . . . She’d put me up and put up with me for years but that straw snapped her backbone, handily.

When people hurt you, when they hammer away at you . . . Your bones won’t break but your soul sure will, like a bad tooth. And drop right out of your skull.

I grabbed Daddy off the shelf and A Book of Good Poems—only friends I had, those days. Kissed Aunt Ella and stepped out the door.

Next couple years . . . I lived with any blood relation I could sniff out. Worked everywhere once. Shit jobs, all of ‘em. Mama used to say, “Working for minimum wage is like being mistaken for an outhouse, eight hours a day.” Beats welfare, though. Welfare sounds like cake, and it is—but you’ve gotta chew the plate up, too, and the fork. More of Mama’s wisdom.

And the gossip, Billy, the talk. Then and now. It’s criminal enough having freckles, but when your mama’s in the bughouse . . .

I was damn close to squeezing down into the urn with Daddy when his brother lost his reason and handed me a job at Chapel of the Pines. That’s the skinny white building with a spire rising up above the trees. And the smoke rolling out of it.

Story of my life, right there.

A Quaint Cathedral Town. That’s what’s painted on the Cypress sign. Population 8,101. Church-going folk, all of ‘em. All but that one.

Sundays . . . The cathedral doors blow open. And out they fly, like rays of light. Like angels. Holding on tight to their halos.

When my daddy walked on a slant into the Suwannee . . . Wasn’t a pair of eyes in Cypress that didn’t see him tripping through the reeds. Or lips that said a damn word.

They turned their heads. Saw a stained-glass Daddy, going under. Turned back. Kept right on singing that hymn.

Going mad’s a public project. Takes the paralysis of a whole damn community. When Mama tore her hair out, folks stuffed their pillows with it. And slept better than ever.

The crimes people commit, to chop up the monotony. The fires they start…

But it’s not as bad as you’d think, Billy. The burning. Hot bath, Uncle Dan calls it. Takes a finger on a button, that’s all. Uncle’s got a gut on him, but it’s incompatible with ashes. Well, they don’t bother me any.

Quiet folk. The dead, to Uncle Dan. When I watch ‘em sliding down the conveyor, out of this body and world and into the next one . . .

Something spiritual about it. I wouldn’t tell anyone but you. Or I’d be bunking with Mama, in Cypress Asylum.

But . . . there’s something spiritual. Something therapeutic.

Every month, somebody who slaved to make Mama’s life or mine a special kind of hell . . .

There they’ll be, stretched out on the conveyor. And there I’ll be, pressing the button. Not blinking, not once. Till the fire swells up and sings.

Something therapeutic about that, too.

You can starve your body, but a soul gets heavy, no matter what. Till there’s no budging it. I could run to Canada but my soul would still be sitting tight in Cypress, Georgia. May not be the ideal place for it, Billy. But there it is. So I may as well be there, too.

Look down, fair moon. And bathe this scene.

I’ve got a place, now. Not much, but it’s home. Little garden in the back. I planted Daddy right there, by the lilacs. And there he’s gonna stay.

That head of hers. It rolled down her shoulder. Into the Suwannee. She’s been waiting on the bank these ten years. But it’s not ever coming back.

I always go see her, though, first of July. Her birthday.

When they wheel the cake up to her bed, and strike the match . . .

One and only time she’ll smile.

A cloud closed over the moon.

Words don’t seem to reach Billy. When the clouds close over his eyes. The dictionary could split into parties . . . They’d come home dejected, all of ‘em.

But I took his hand. I held it. Till the clouds opened up again.