Going Farther than Hiring a BIPOC | The Walrus
Skip to content 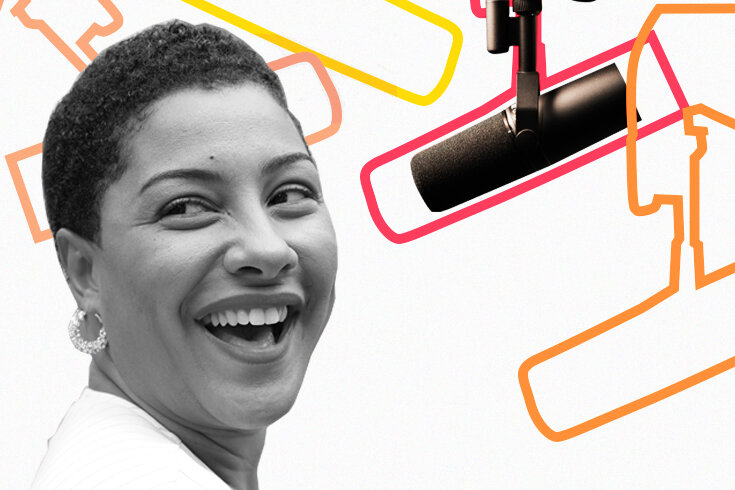 HOST: Activism is changing the strategies of how many media organizations tell their stories: from the Black Lives Matter movement to Asian Heritage Month to #MeToo. But it hasn’t been a perfect trajectory – reporting on the changing social and political landscape takes skill, and sometimes learning from mistakes in real-time.

It must have been during the year 2009. I was working the night shift at a very popular 24 hour news station in Toronto. It’s a lonely shift. I liked it. But when the phone rang at minutes to 11, there was no one around to answer, but me. I picked up the phone and the voice on the other end asked me a very direct question. ‘Are you going to do a story on how my brother is innocent?’ At first, I was confused and I stuttered. Um, I…

He said, ‘a few months ago, you did a story on my brother. You put up his mugshot over and over and over, but he was acquitted. He’s not guilty. So I am asking, are you going to do a story about that?’

I wanted to say yes, but I knew the answer was no, we weren’t going to do a follow up story because that’s just not the way it’s done. We throw dozens of mugshots up on screen every day, day after day of many young black men who are accused, not necessarily convicted of a crime. We don’t care if they’re innocent or guilty because we just need something to fill those 24 hours of news. But I couldn’t tell him that. I didn’t know what to tell him, honestly. I apologized and hung up quickly. And for the first time it occurred to me that we don’t treat these stories as if they’re about real people, as if what we’re doing has any real consequence on their lives. And I realized as journalists, we follow many institutional practises without question. A police press release is published verbatim. The government puts out a study saying most Canadians don’t want to defund the police and media are all over it, word for word. Even when a black man is the victim of a crime, we still use the police supplied mugshot. And you might be thinking, well, come on Camille. If he has a mugshot, he was probably a criminal anyway, right? And deserved what he got. Would you like to know when this mugshot was taken? It’s from when this young man Mohamed Sow was in middle school, he was getting bullied. The bullies, put a t-shirt from Walmart into his backpack to frame him for shoplifting. They thought it would be funny. Security cameras showed he did not steal the shirt, but Mohamed still had to report to police and go to a few days of counselling. That’s how his face ended up in the system. And a few years later, that’s how his life would be defined.

Why is it that we bend over backwards in our headlines to protect the humanity of white offenders? Why is it? We never question why police rarely ever release the mugshot of white offenders? Like this one. He committed the country’s deadliest mass shooting in history, killing 22 people and then killing himself. At first, they said he had no police record. Then it was found he assaulted a man in the past and had been charged, but police didn’t pull any old mugshots out of their archives. Practising empathy for people who are not white, must be a tough learning curve because we in the media seem to be making the same mistake over and over. But don’t worry. I am not here to preach about diversifying the newsroom, because diversifying the newsroom is not the fix you think it is. Cause I’ll tell you what it’s like to be the diversity in the newsroom. It’s being told that you’re a black history month pitch is stale because it’s February 4th and haven’t we done enough. It’s being told that you should write your story with Debbie from Newfoundland in mind, because that’s our audience. It’s being told to remove the word racist from your script and replace it with ‘racially charged.’ It’s being told that you’re not being objective when you point out that a group of black or indigenous protesters could never bring this city to its feet without being shot or dragged out first. And if you dare call out the white supremacy of it, all the swastikas, the Nazi flags, it’s having that story taken away from you because you’re engaging in activism.

It’s watching the selective compassion your white colleagues have as they report on Ukrainian refugees versus Somalian refugees, and being the diversity in the room is to watch all of this happen with absolutely no consequence, with no one in power, having the courage to call it what it is, racism. So what’s next? Well, for starters, there are some uncomfortable truths we’re gonna have to admit. Legacy news media isn’t really a news engine. Legacy news media is a business engine, which requires us to do whatever it takes to feed that corporate beast. Second, legacy news media is not objective. It never has been. It’s never been fair or neutral. No, it’s always been framed with the end goal in mind to preserve the comfort of the privileged, the powerful, and historically, those have usually been white. Headlines, tiptoe around colonialism oppression, racism, because they simply make people in power too uncomfortable. If media were neutral, if media were actually objective, we wouldn’t have billionaires like Jeff Bezos and Elon Musk clamouring to buy them all up. They know the power in being able to control a message, but what do we do now?

What if we decided that there was a better way? What if we dared to divest from corporate control and invest in the people we claim to care about; the people reading our stories. But how do we do that? There isn’t one magic model for this. Yes, it could look like an increase in publicly funded media. I mean, the federal government does spend more on its own public relations office than it does in our public broadcaster. It could look like citizen journalism or participatory journalism, where readers and employees can buy shares and have the same voting rights as bigger shareholders. And it could look like solutions based journalism, where our work actually supports social change. Now bringing that type of newsroom to reality takes more than a higher BIPOC initiative. It takes more than bringing us to the table because let’s get honest that proverbial table is on its last leg. It will take us smashing that table and picking up the pieces and building a whole new table together. As for the future of journalism? We’re already there. Independent media, ethnic media, podcasters, TikTok influencers, AI powered news breaking news the metaverse.

We’re all ready there. The question is where are you?

HOST: Camille Dundas is the Editor-in-Chief of Canada’s largest Black online magazine ByBlacks.com, and she spoke at “Concordia presents, The Walrus Talks: What’s Next?” In Ottawa. And she’s just one of the over 800 fantastic Canadians who have walked and wheeled the stage at The Walrus Talks.