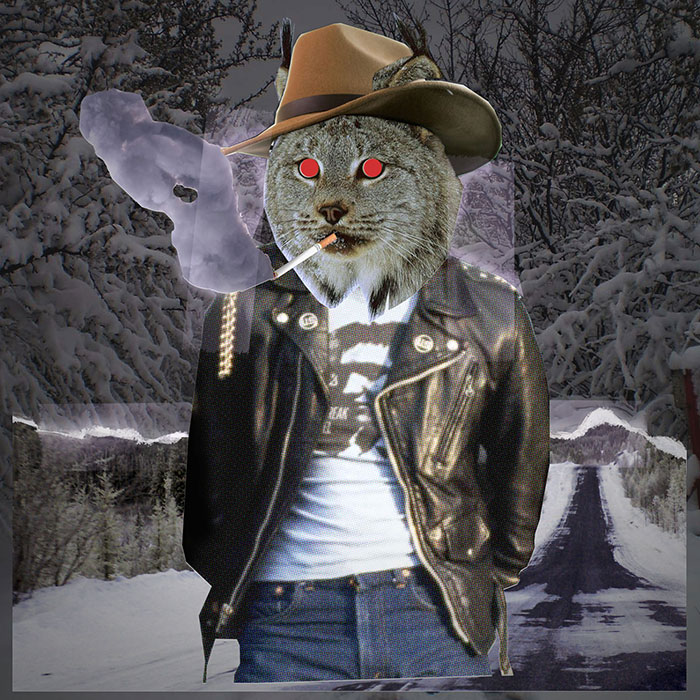 “Is this for real? ” That’s more or less the last line in Bruce McDonald’s 1996 cult movie, Hard Core Logo. A darkly comic mockumentary, diarizing the reunion road trip of the fictional Canadian punk band Hard Core Logo, the film ends on a shot of the group’s tortured, sneering front man, Joe Dick (real-life punk-rocker-cum-actor Hugh Dillon), blowing his brains out. Then it descends into an abridged frenzy of reaction before cutting to the credits. Amid the staged confusion, someone off-camera, presumably a crew member, asks, “Is this for real?”

When Hard Core Logo barrelled into Canadian cinemas, its vibrant meta-gestures seemed ingenious; it’s a fake documentary about a fake band fronted by a real musician, shot by a real filmmaker faking a version of himself. A bleak take on the seminal fake rockumentary This Is Spinal Tap, McDonald’s film tackled the fading of punk rock’s vanguard, the challenges of surviving as a Canadian touring band, and the moral and ethical dimensions of the relationship between a documentarian and his subjects. Hard Core Logo capped his unofficial rock road movie trilogy, which he embarked upon in 1989 with the micro-budget Roadkill and followed with 1991’s Highway 61. Hard Core Logo would prove to be the definitive articulation of his shaggy punk auteur sensibilities.

In the decade and a half that separates Hard Core Logo from its curious sequel, Hard Core Logo II, which will have a limited national release in March, McDonald has coasted on the fumes of his signature film. With the exception of his work on the credibly offbeat CBC sitcom Twitch City, which ran for thirteen episodes between 1998 and 2000, and his brainy 2008 zombie movie, Pontypool, his post-Logo output has been divided between rent-paying TV work and features that range in quality from the unremarkable (Picture Claire, which had him directing a pre-comeback Mickey Rourke) to the assertively bad (The Tracey Fragments, starring a pre-Juno Ellen Page). His return to the fictional universe of Hard Core Logo seems at once bewildering—how do you make a sequel to a movie in which the main character kills himself?—and calculated, an attempt to grapple with the material that won his cult reputation, just as that reputation is suffering from steadily diminishing returns.

Hard Core Logo II picks up on the fictional Bruce McDonald, a sellout who has made a career as a director on an American TV Western called The Pilgrim, handily described as “Kung Fu but with Bibles.” When he receives word that Care Failure—the female vocalist for the real-life Toronto sleaze rock band Die Mannequin—has been possessed by the spirit of the late Joe Dick, McDonald skedaddles from Los Angeles to Saskatchewan to document the recording of the band’s new album. But Failure and Die Mannequin soon recede, and McDonald himself becomes the film’s focus. As it turns out, he is the one who has inherited the legacy of Joe Dick. This time around, the filmmaker becomes the aging punk insisting upon his own relevance. Faced by this blurry navel-gazing, which somehow manages to justify and redeem itself as the movie rushes toward its wildly sentimentalized conclusion, you can’t help but wonder, is this for real?

As with Hard Core Logo, whose doomed reunion tour ends in dissension and suicide, McDonald’s punkish impulses have proved difficult to harness as he has crested into middle age. Where Hard Core Logo II’s Bruce McDonald lucratively breaks into the American market following the success of his controversial documentary, the real-deal McDonald has never absconded from his native soil, where the low-budget movie and television industry is defined by diligence. The myth of Canadian cinema as being auteur driven—privileging the idiosyncratic, clearly demarcated visions of the director-as-film-artist (see: David Cronenberg, Atom Egoyan, and Guy Maddin)—is challenged by someone like McDonald, who ping-pongs between for-hire hack work and a more personal strain of filmmaking.

It has been said that you’re only as good as your last picture. In the case of McDonald’s considerable output, it’s hard to recall what that last picture was without referring to a filmography. In the past two years alone, his credits include a feature (Trigger); a documentary about jailhouse rock (Music from the Big House); an episode of the HBO Canada comedy series Living in Your Car; a TV movie about Canadian singer-songwriter Justin Hines; three segments for the collaborative cross-platform doc series City Sonic; an as-yet-unreleased adaptation of Chester Brown’s comic Yummy Fur; and the film This Movie Is Broken.

McDonald originally conceived that last work as a concert film about the Toronto indie rock collective Broken Social Scene; he and screenwriter Don McKellar sutured on a narrative about two starry-eyed Hogtown twentysomethings trying to finagle their way into the show. Sketching the city’s brunching hipsteratti in the broadest of strokes, down to the patchy beards, retro fedoras, and twee rooftop make-outs, Broken was an excruciating attempt at kowtowing to the sensibilities of a younger generation.

It’s a stretch to suggest that Hard Core Logo II is McDonald’s blushing acknowledgment of this embarrassment, of how hammy and wrong headed he was in his attempt to appeal to “the kids” with This Movie Is Broken. But unlike his recent films, Hard Core Logo II doesn’t feel rote or impersonal; nor is it a slapdash cash-in on the original. What it undeniably lacks as a convincing rock ’n’ roll movie, it compensates for in its earnest, often elegant prodding of a subculture that thrives on novelty. If the original flirted with what it means to fade away rather than burn out, the sequel addresses head on the issue of aging in the world of punk rock, and McDonald’s place at the film’s centre brings a demonstrable urgency to the proceedings.

There is vitality in the movie; it feels of a piece with its predecessor. The rapid, jerky cuts and hallucinogenic time-lapsed interludes make Hard Core Logo II scan like an early-’90s-vintage Bruce McDonald picture. But unlike his first few movies, which seemed at times like the product of a snot-nosed shit kicker, Hard Core Logo II displays utter candour and self-admonishment. For instance, Die Mannequin is a barely mediocre punk band, but its use in the film works. It’s out of touch, as was his handling of Broken Social Scene’s target demographic. Here, though, the disconnect between a fiftysomething filmmaker’s idea of cool and the real thing serves as the subject, the text itself. Even if the exploitation of Die Mannequin to this end is unintentional (and it probably is; one of McDonald’s City Sonic episodes flatteringly profiles the band), it nonetheless reveals his blind spots, heightening the film’s resonance.

The character of Bruce McDonald that materializes is balding and chubby, and he agonizes over the terminally pouty, cursorily sexy Care Failure—forming a portrait of the artist as a dirty old man. As Failure struggles, and by and large fails, to channel the spirit of Joe Dick while recording the new album, McDonald’s adherence to the so-called “documentary code” begins to waver. Instead of covering events from a remove, he becomes compromised by his perverse fascinations: with Die Mannequin, with Failure, and with the contours of his comeback film. He frequently cuts to shots of himself floating in a pool, his greying chest mane and formidable gut drifting in and out of the frame like a shaggy, cast-off beach ball. This isn’t reverse narcissism, an attempt to invest his character with bogus vulnerability through a warts-and-all depiction. He isn’t exaggerating anything. This is what he really looks like—even who he really is.

As Hard Core Logo II progresses, much like the first film, into a druggy mania of rock indulgence, McDonald gets left behind. While he orbits Failure and his documentarian detachment narrows into a lecherous horndog gaze, his character slopes into twitchy, impotent perversity. A crew member flips through the director’s notepad to find little beyond a chicken-scratched index of Failure’s attractive qualities. Instead of investing himself in Die Mannequin’s pursuit of punk rock authenticity, McDonald slouches toward debauchery. Even his well-worn cowboy hat and boots now feel like clichés of his iconoclasm, like someone dressing up as his younger self for Halloween. He has become, despite his delusions, an adult.

These issues—authenticity in punk rock, making peace with growing old—snap into focus late in the story, when he finds himself stoned on a crock of mushroom tea and stumbles off into the snow on a half-baked vision quest. Paranoid, he holes up in a snowdrift, where he communes with a magical lynx before an EMS team excavates his frosty, hypothermic body. It sounds silly, and it is. But it’s committed, ballsy, candid filmmaking—magical lynx and all.

On the scale of permissible sentimentality, there’s bad schmaltz (hollow, emotionally manipulative movie-of-the-week stuff), and good schmaltz (like the end of a Frank Capra film, or proposing marriage via skywriting). Hard Core Logo II lands in the latter category. The gush of sap is controlled by McDonald’s remarkable, almost uncharacteristic sincerity, especially as the film hurries toward its concluding revelation. He cuts through the constructed layers of meta-fiction and dabbles with surprising efficiency in the cine-spiritual—the idea of film as an inherently mystical experience. By the end, the movie grows into a contemplation of his successes, personal and professional, a valediction to his own status as a weathered maverick ready to hang up his cowboy gear. Against conventional wisdom, he even enters into evidence home video from his own life (his wedding day, scenes of his kid playing). Somehow, he manages to get away with it. For real.

John Semley's latest book is Hater: On the Virtues of Utter Disagreeability. He grew up in the Niagara Region.
Ben Clarkson

Ben Clarkson has drawn for such magazines as Explore and This .