Jewels of the Nile | The Walrus
Skip to content
In Luxor, foreign women with cash to spare find younger men for marriage—and more

Charmian Hills, a retired lawyer from Huron County, Ontario, fell for Luxor, Egypt, during a romantic Nile cruise with a lover, and continued visiting after they split up. During her fourth trip, in 2005, the summer she turned sixty, she met thirty-two-year-old Samir in a spice-scented jewellery shop, where he sold heavy bangles and necklaces. The pair hit it off immediately.

Charmian spent the rest of her stay meeting Samir for romantic, albeit chaperoned, dates at local cafés. Then they progressed to a long-distance romance. Six months in, he informed her over the phone that when she returned to Egypt they would be married, and she agreed. By 2010, she had gone to visit him twenty-four times. When she began receiving a pension, she moved to Egypt to live with her young husband, in an apartment across the river from the pharaohs’ burial grounds, in the Valley of the Kings.

In Luxor, approximately 600 kilometres south of Cairo, donkey cart drivers bicker in traffic and butchers hang freshly skinned cow carcasses outside their shops. Traditional ankle-length pastel robes flow like nightgowns around the locals’ bodies. This historical city shouts conservatism, but a woman sleeping with a younger man raises few eyebrows. Along with ancient ruins, Luxor owns the dubious distinction of being Egypt’s gigolo capital; the industry took off in the ’80s when charter holidays became affordable. Sex outside wedlock is forbidden and can land an Egyptian man in jail for months, and a 2010 survey shows that citizens overwhelmingly want adulterers stoned. Fortunately, however, a man may have as many as three foreign wives to support his Egyptian wife and kids.

On the city’s dusty, unpaved side streets, little boys with toy guns chase after me, calling out, “Give me a kiss” and “I love you,” in faltering English. After dark, their tea-sipping older brothers and fathers take over: “Welcome. Where are you from? ” Flash your Maple Leaf flag, and you’ll hear a well-rehearsed jingle: “Canada Dry never die!” followed by “I love you!” Women eagerly participate in sex tourism, visiting hubs from Jamaica to Turkey and Kenya. But Luxor offers a delicacy: the facade of commitment, via informal urfi marriages, which carry little legal weight in many Western countries but pacify the Egyptian police, who can detain locals for merely flirting with unmarried women.

Charmian knew little about this when she arrived. “I thought I’d be the only one,” she explains. “And then it got to be quite the cult, to marry an Egyptian man.” Foreign women attend karaoke nights escorted by their boy toy Egyptian husbands—where they belt out classics like “Tie a Yellow Ribbon Round the Ole Oak Tree.” At Sindbad Restaurant, across from a stadium-sized Theban temple of sand and white limestone, women (and gay men) seek out huddled groups of fresh-faced Egyptian gigolos. Many expatriates know each other by name, and they exchange cautionary tales about poor souls who let love get the better of them. One Brit threw so much money at her Egyptian paramour that she had to shack up on his little sailboat and then flee to make more money back home. Another spent $48,000 bringing her young husband to the United States, where he quickly soured on the idea of paying rent, and made his wife book him a one-way ticket home; he stopped calling to ask for more money after the Arab Awakening. The wife, still wearing her wedding ring, sobs as she wonders if he ever loved her.

Charmian doesn’t go to Sindbad’s. A recent convert to Islam, she “finds it despicable” to see gay Western men flouting the nation’s moral code with local men. Now sixty-six, she gushes about life with her husband (just as her father did when he blissfully chose a woman over thirty years his junior). “I can see the love when he comes in [the door],” she says. “I see it in his eyes and his face, the way he talks to me, the way he holds me.” Later she insists that she has no money for him to spend anyway—not that Samir is after it, she keeps repeating. Sure, she has been helping him since business slowed down after the revolution. But he usually pays his way from his earnings as a tour guide, and he certainly has no access to her bank account. She admits that most Luxor men “think that women from other countries are bottomless pots of money. Put a card in, and lots of money will come out.”

“Listen, my love, the men over here are prostitutes,” says Charmian’s friend Cindy Dwyer, a deeply tanned, divorced great-grandmother from England. As a karaoke host at the Gaddis Hotel, she has seen it all: “It doesn’t matter how much they say they love you. They still look at you as business and take your money.” Naturally, she is married to one. Hassan, a taxi driver, returns to his first wife and seven children after their trysts. She doesn’t pay him for lovemaking; he just pockets the change when he goes out for cigarettes, and now and then she gives him a few extra coins to balance the bills. Sometimes she sends gifts for his little ones. “I love him,” she says. “If I’ve ever got any money, I’ll help him.”

Luxor men who live on less than $10 a day need love to survive. Their best friend is a taxicab or a sailboat to ferry tourists around, but without help from their sugar mamas they can’t afford such luxuries. The local women smile shyly at their Western rivals, because they need the cash, and the braver among them approach with a timid “Welcome.”

Cindy worries about Charmian’s heart. “His family will expect him to give them children,” she observes, “and he might already be married. She says Samir’s not after her money, but I can’t see why else a man in his thirties would be with a sixty-six-year-old.” Charmian objects: “Older men can marry younger women, and nobody blinks an eye.” She refuses to share Samir, even if as a good Muslim wife she should. The moment he marries another, she claims, she’ll kick him out of her apartment. Even then, she plans to stay in Luxor as long as the changing regime permits foreigners. “I’ve had five years of happiness I haven’t had before,” she says. “Inshallah, we’ll have a long and happy marriage.”

I’m enjoying a meal on Sindbad’s patio, with my expensive Nikon SLR, when Cindy’s Hassan slides into a nearby chair and thrusts a cigarette pack toward me. “I like life,” he whispers, licking his lips and cupping imaginary breasts. A waiter appears with drinks and smiles knowingly as he asks, “What about Cindy? ” Hassan shrugs. Cindy is only one of his wives. “Listen,” he tells me in broken English, “I drive a taxi for work. This is for fun.”

The rise and fall of a hard-working guy

On January 13, 2010, a studly twenty-five-year-old from Alabama became America’s first legal male prostitute, operating out of the Shady Lady Ranch in Nevada, where prostitution is permitted. For “Markus,” being a “surrogate lover” (his preferred term) was about revolutionizing social norms. “It’s the same as when Rosa Parks decided to sit at the front instead of the back,” he explained to Details magazine. “She was proclaiming her rights.” Citing Freud, he claimed his vocation arose from the “sensory deficit” his mother imposed on him as a child. The New York Post sent an undercover reporter down to spend two hours with the “prosti-dude” (“It was like a bad second date,” wrote Mandy Stadtmiller, “that cost $500”), but this and other media coverage failed to attract paying clients. After two months and fewer than ten customers, Markus “went back to do movies,” the brothel’s owner told the Las Vegas Review-Journal. She replaced him with a new prosti-dude nicknamed “Y. Not.” 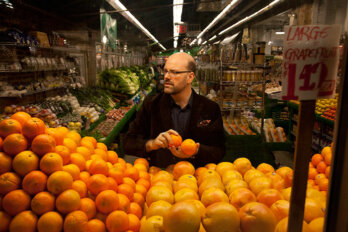 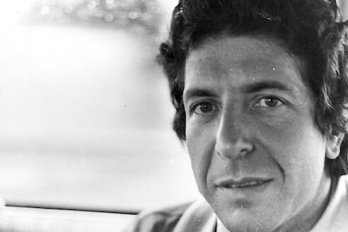