From the Arctic to Brazil: The Deep Roots of Islam in the Americas | The Walrus
Skip to content 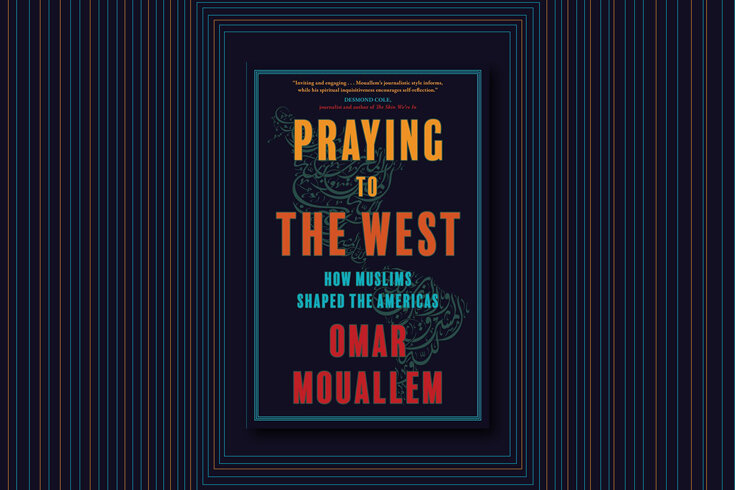 Years ago, Omar Mouallem started feeling a deep, unsettling anxiety, like a premonition or a warning of something bad to come.

Then, in 2015, Conservative prime minister Stephen Harper was voted out of office after a campaign that included promises to deport dual citizens accused of serious crimes, a niqab ban, and a “barbaric cultural practices” hotline. Two years later, US president Donald Trump was in power, his Islamophobic rhetoric slipping through the porous border and into our backyards. It was both a time of deep resentment against Muslim people and a period when Muslim people were the face of the biggest refugee crises around the world.

It was around then that Mouallem, who was born in Canada, had his first experience of overt Islamophobia. He was watching a drunk man making balloon figurines for people in the street one summer day in downtown Edmonton. The man eventually turned to Mouallem and asked his name.

“Would you like me to make you a terrorist?” he remembers the balloon artist asking.

Mouallem had already been struggling to express his anxiety to his friends, none of whom were Muslim or racialized, and even to his wife, a white non-Muslim woman. He saw the storm coming on the horizon, but no one believed him. “I felt like people could not see the urgency and the scariness,” he told me when we spoke this summer. “I was sounding the alarms, but we were in different worlds. They just didn’t see the possibility of hate becoming mainstream and leading to things like a Muslim ban. It got to a point where I started to question my own analysis and whether I was being too emotional and overreacting.”

He wasn’t. The Quebec City mosque shooting, on January 29, 2017, confirmed his gut feeling. Until that moment, his writing was that of a generalist, focused on urbanism, food, travel. He wasn’t a practising Muslim: growing up, he’d had complicated feelings about his religion. As a member of a minority community, he struggled with practising Islam when no one around him was. Some things didn’t make sense to him, so he abandoned them.

After the mosque shooting, he felt guilty for the atheist, anti-religious views he had expressed in his past. He wondered if, by rejecting religion in his daily life, he had inadvertently contributed to the Islamophobia that was now taking the Western world down a dark, regressive path. He felt compelled to refocus his efforts on “humanizing Muslim people.”

This anxiety became the seed of his recently published first book, Praying to the West: How Muslims Shaped the Americas. Part travelogue, part memoir, the book is an exploration of two journeys. The first is Mouallem’s physical journey to thirteen unique mosques across the Americas, from California to Brazil to the Arctic, in an effort to better understand the Muslim communities that put down roots far from their ancestors. The second is Mouallem’s personal journey to reconcile with not just Islam but faith itself, exploring the purpose and value of religion in a society like Canada’s. Along the way, he discovered a balance between the religious identity he inherited from his parents and the identity he forged for himself.

“This book is not a celebration of the Muslim faith. This is just a normalization of it,” he says. “When I say I want to humanize Muslims, humanizing doesn’t mean a glowing profile of a community. It is humanizing them by basically showing them as no better or no worse than any other religious group.”

Mouallem illustrates this point through portraits of Muslim life across North and South America, what he describes as “Western Islam” or “American Islam”—a religious and cultural community that developed on two largely Christian continents, isolated from the rest of the world. This community has “ebbed and flowed, had moments of being quite present, then repressed and erased and overwritten.” It then had to “reemerge through different immigrant communities that have, throughout time, adapted and readapted to the culture of their surroundings.”

“If there is an American Muslim community, it is the most ethnically, religiously diverse Muslim community on the planet,” Mouallem says. There is little homogeneity in any of the places Mouallem writes about, from the names of the mosques to their traditions and practices to the people who frequent them. All of them challenged Mouallem’s definition of Islam. His goal with the book, he says, was to try to “complicate and confuse and jumble a reader’s perception of Islam to the point where they would feel apprehensive making any value judgments.”

He found Muslim communities in parts of the West I would never have imagined Islam flourishing. Early in the book, he focuses on Brazil, where there are very few Muslim people but where their history is just now being appreciated and embraced by the larger community in resistance movements and pop culture. There are also Muslim people among the Indigenous Maya in southern Mexico. Islam was brought to them by a Spanish cult leader after the community was expelled and persecuted by Catholics. Islam gave them a social status and a way of life.

Growing up, I had a series of Quran teachers who would also give me lessons in Islamic history. One of them would end every lesson by concluding, “There’s no corner in the world where Islam doesn’t exist.” I’d retort, “What about the North Pole?” My teacher would say, “There are Muslims there.” Mouallem found them. The Muslim community is a pillar of Inuvik, in the Northwest Territories, having opened the region’s only food bank in its mosque.

I was surprised by the deeply rooted Western Islam history Mouallem found and documented. It countered every notion I previously had about Muslim communities being still-emerging aspects of American and Canadian societies. That said, some aspects of the Muslim struggle in the West are new. As he went from mosque to mosque, Mouallem came to understand that the act of wearing a hijab—something he assumed Muslim women had been doing since the origins of Islam—had emerged within his own lifetime: his mother wrestled with the decision when women started wearing them as a symbol of Islam in the West. He learned that the concept of hijab varied from one Muslim culture to another. He understood how it had become a way for women to reclaim their identities in societies that confused or rejected them.

“I’m finding that a lot of young people, and I think I’m one of them, are reclaiming Muslim identity as a bit of a resistance movement, a rebellion,” he says. With so much negative rhetoric targeting the faith, it’s all the more important to define what Islam is and what a Muslim person is for ourselves. “I have more comfort calling myself Muslim today. I cherish and embrace and really can’t shake some of my Muslim values and cultural habits. They’re a part of me, and there are some that I want to be more a part of me as well.

Mouallem and I practise Islam differently and have had very different experiences of the religion. There’s no one way to be Muslim, after all. He grew up in Alberta, in the shadow of one of North America’s oldest mosques. I grew up in Saudi Arabia, an hour’s drive from the holiest of mosques. He ate pork while I learned to avoid candy bars that included gelatin from pigs. He felt comfortable abandoning religion as a teenager; I struggled to feel comfortable telling my colleagues I needed to pray.

Despite these differences, what binds us is this feeling of faith, this sense of belonging to a distinct community—one that, in his words, is “as old and as complex as any non-Indigenous faith.” As he explores in his book, many of the threads that tie together Muslim communities in the Western world are unfortunately attached to dark moments, like 9/11 or the Quebec mosque shooting.

In 2021, I am where Mouallem was in 2015. I sought him out after the terrorist attack in London, Ontario, when four people and three generations of the Afzaal family were killed by a driver on an evening walk in June. In the wake of their deaths, mosques from Cambridge, Ontario, to Edmonton have been vandalized. Women have had their hijabs stripped off their heads. I’ve had friends and family privately tell me that people have yelled obscenities at them in the street, knifed their tires at night, and sent them hateful messages.

As I write this, my heart has started beating faster. I’m resisting the urge to delete my words lest a reader think I’m exaggerating or overreacting. “All of these times feel so personal,” Mouallem explains. “The fear is not completely unrealistic.”

It’s the same anxiety Mouallem felt years ago, except he is now where I want to be. He is someone assured in the knowledge that Muslim communities not only belong here but are a complex and vital part of Western society. Thankfully I have something he didn’t: his book.

This summer, when I attended the vigil for the Afzaal family, I found myself standing in a crowd with hundreds of Canadians outside Ontario’s first mosque, Canada’s second mosque, and North America’s third mosque. The London Muslim Mosque was born out of the imagination of immigrants who dared to belong in a country far, far away from their own. In the early 1900s, a small group of Lebanese Muslim immigrants found one another in the southwestern Ontario city and formed the Syrian-Lebanese Club. By the 1950s, the club grew to become the Canadian Moslem Benevolent Society. It purchased the property—then a private home—in 1955, and it became a place of worship.

The day of the vigil, I didn’t know I was standing in front of any of that history. That’s what’s remarkable about Mouallem’s book. Four members of the Afzaal family were killed for being different, for being Muslim, for not looking the way many think Canadians should look, for not fitting perfectly into Canada’s story. Mouallem’s book gives unequivocal historical proof that we do belong in Canada and across North and South America. It reminds me that we’ve always been here.

Fatima Syed is a reporter with The Narwhal and the host of the podcast The Backbench. She writes about politics, social justice, and climate change.