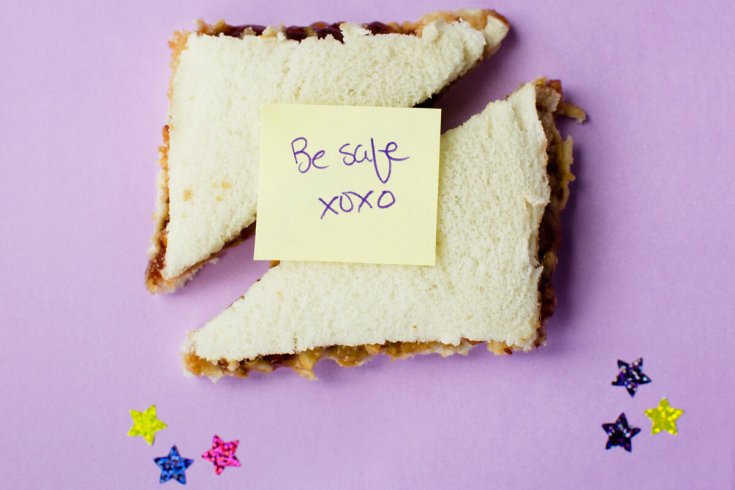 I’ll admit, I never gave sex education much thought until I became a father, more than five years ago. But now, as I watch my daughter grow up, it has become something I frequently think about. Over this past half decade, it has become especially clear to me that my daughter was born into a world that will not always be kind to her. Unless things change, and drastically, she could encounter sexual harassment by the time she’s a young adult; she could become one of the one in three Canadian women who will be sexually assaulted in their lifetimes. And even if those things do not happen, as a young Muslim girl, she’s growing up as part of a cultural community whose recent history with sex education has been chaotic, poorly thought out, and intensely political.

Within this larger context, then, how do I help raise a brown Muslim girl who has sovereignty over her body, who sees everyone as equals, regardless of gender or sexual orientation, and who is aware of the reality of sexual harassment and assault and makes sound choices about whom she allows into her life? My daughter is still too young to ask deep questions about the birds and bees. She believes that babies come from mothers’ tummies and thinks that when two people kiss, they have to get married. Her fleeting crush on a boy in preschool, to whom she asked me to write a note saying she would marry him (much to my discomfort), is now, thankfully, mostly a thing of the past.

I wish I could look into my own childhood and adolescent years and find some lessons in the way my family grappled with sex education while they raised me. Well, there are lessons there, all right. But probably not lessons that fit into my daughter’s reality.

Over the last few years, I have spent some time mentally revisiting how my family, and my cultural heritage, has dealt with sex, sexuality, and sexual violence—and the answers there are murky, when they exist at all. Fifteen years ago, I got my only piece of sex advice from my father. It was on my wedding night, after a long day that had begun with a morning ceremony in Saint John, at the city’s only mosque at the time. We were finally in our posh hotel room, which had been transformed into a bridal suite, with flowers everywhere and rose petals on the bed.

Our families huddled in, and we went through the last ritual of the day: as newlyweds, my wife and I sipped milk from the same cup and asked for our elders’ blessings. Then, as everyone bade us an awkward goodnight, my dad gave me a big hug and whispered in my ear, “Make sure you brush your teeth.” (It was actually good advice. Thanks, Dad.)

Growing up in the southern Indian city of Hyderabad in the 1970s, I remember my family being fairly liberal, by Muslim standards, in Hyderabad at least. We were religiously observant, but we also listened to a lot of Bollywood music and watched a lot of movies. The women were better educated than the men, and we weren’t as strict as most about covering from head to toe in public—my grandmother and aunts would throw a shawl or their saris around their shoulders when they went out. In that way, we stood apart from a lot of India’s Muslim populace.

But, in other ways, we were just like every other Indian family the ’70s. Anything related to sex or intimacy was seen as deeply private and bound up in shame, honour, and propriety. Indians and, by extension, Indians who’d immigrated to Canada almost never talked about sexuality, except in the most euphemistic terms. People didn’t get pregnant, they had “good news.” Genitalia were “places we pee from.” Men knew nothing about periods other than “mom can’t pray or fast right now.” LGBTQ people were treated as comic relief in movies. And “looting one’s honour” was the phrase for rape.

Bollywood played a significant role in informing our ideas of consent and harassment. In the movies, consent was usually arrived at through harassment: boy likes girl, girl says no, boy harasses girl, girl gives in, boy gets girl. We even had a fancy, British Raj–esque, term for this—“eve teasing”—and I know of at least one real-life couple who met this way and eventually married. And so, by extension, our attitudes toward sexual assault were also shaped by the movies.

The plot usually went something like this: villain wants girl, who is often the hero’s sister, girl says no, villain harasses girl, girl still says no, villain rapes girl, girl inevitably kills herself or otherwise dies, hero avenges girl. In fact, while I was growing up, Bollywood went through a phase in which its rape scenes became quite elaborate, intended to titillate, and were featured on movie posters and in trailers. The first time I saw a rape scene was when I secretly watched the 1980 film Insaf Ka Tarazu (The Scales of Justice) with friends. I wasn’t even sure what was happening, except that it was brutally violent and traumatized me for months. But I do remember a few older boys at school talking about it with a lot of excitement afterwards.

I wish I could compare this to the sex education girls received in India, but I don’t know what that looked like, because we never spoke about it.

It was very clear that good girls from good families were not supposed to talk to boys, especially not about anything remotely intimate. Even relations with female cousins turned quite formal as we became teenagers. My grandparents advised my aunts to “stay close” to their adolescent daughters because they were “growing up.” In fact, in most South Asian households I knew then (and some still today) there were unspoken but understood rules for girls. Girls are carriers of family honour. Their purity (for the lack of a better word) is vulnerable to even the most idle gossip and is to be safeguarded at all times. So the less they know (or are seen to know) about sexuality the better. Aunties regularly warn them against talking to boys (usually the same aunties who later on ask them “why aren’t you married?”).

Given all of this, it’s perhaps unsurprising that moving to Toronto in the early ’90s was an eye opener: frosh week at university, orientation bags stuffed with condoms, and Sue Johanson’s candid talks about sexually transmitted infections and safe sex were like nothing I had ever witnessed. In the following years, I would thank my lucky stars for those talks, because they were a real protection against me making terrible choices as a young adult. Still, when I think back to this time, I also think of something my father said to me before sending me to Canada: “You will meet lots of girls who you might fall in love with and want to marry,” he warned. “But you must remember that your education is the most important thing here, and our family honour is in your hands.”

I’ve always felt like there is a fear among immigrant South Asian Muslim parents that the biggest threat to their families in Canada is that their kids are at risk of becoming promiscuous sex maniacs or, heaven forbid, turning gay.

Most of them have come from societies like the one I grew up in—in which open conversations about sexuality, gender, sexual orientation, or sexual abuse generally never happened. So the very idea that these topics would become an integral part of their children’s education is shocking. That they would be discussed without any framework of morality is absolutely scandalous. With a mindset like that, even something like contraception becomes a big deal.

I remember one conversation at a community gathering in the late ’90s, at a mosque in Scarborough, with an acquaintance who had come to Canada a few years after us. He was upset that his teenage daughter’s teacher had discussed condoms in class. “God help us, why are they teaching them this?” I remember him whispering to me while his daughter was out of earshot. “We can’t become so Canadian that we’re okay with our kids learning about these things.” I tried to explain to him that it’s better that kids learn about “these things” from a trained teacher at school, rather than from somewhere else or not at all. He wasn’t buying it and said he would pull her out of sex ed altogether. “Her mother can teach her what she needs to know when it’s time for her to marry.”

My wife and I are raising our daughter within an extended Muslim family, of which we are probably the least observant members. As I think about the gaps in my own sex education growing up, I can’t help but returning to how that will affect her. So far, we’ve had a mostly smooth ride. We have made sure to cover the basics: She knows what to call the place she pees from. She knows that only her parents (and her doctor, with her parents present) are allowed to see her with her clothes off. She knows she doesn’t have to hug or kiss people she doesn’t want to. My wife has drilled the mantra “I am the boss of my own body” into her little head, and even a surprise hug from me will be met with that line and a raised finger.

However, there have been a few, occasional, raised eyebrows. Recently, she came home from school quite excited. “Mama, did you know girls can marry girls?” “Of course,” responded my wife, amused. “In our country, any two grown-ups can marry each other if they want to.” Later in the day, my wife shared the exchange with the rest of the household. Unfortunately, it seemed like nobody else shared in our amusement; they tried not to react and kept eating their dinner.

Being a family, and a community, is a messy business, and I anticipate others’ sense of right and wrong will rub up, time and time again, against what my wife and I teach our daughter: that it’s okay to say “vagina,” that girls can marry girls if they want to, that you can love whomever you want, that you don’t have to wear that head scarf if you don’t want to, that sexual harassment or assault doesn’t happen because of what you’re wearing. And we will have to reiterate, again, what we believe—and why others may not believe in those same things.

I’m still pretty new at being a father, and I’m frankly not sure how I will navigate any of this. What I am certain about is that my daughter should never have to learn all this from cryptic advice about brushing teeth, or dirty jokes, or Bollywood movies, or Islamic-studies class, or orientation week. I am certain that it is, in large part, up to us, her parents, and up to her teachers to give her the tools she needs to succeed—and having a safe and healthy sexual life is part of that.

Yasir Khan is a documentary filmmaker and the former head of digital video and podcasts at Al Jazeera English. He currently lives with his family in Saint John.

Sex Ed: Beyond the Classroom 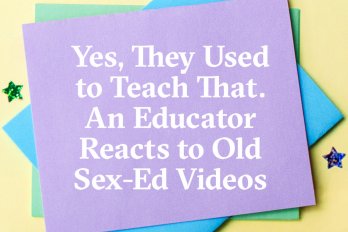 Yes, They Used to Teach That. An Educator Reacts to Old Sex-Ed Videos 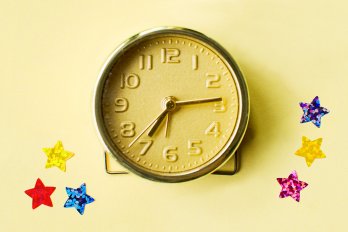 A Timeline of Consent in Canada