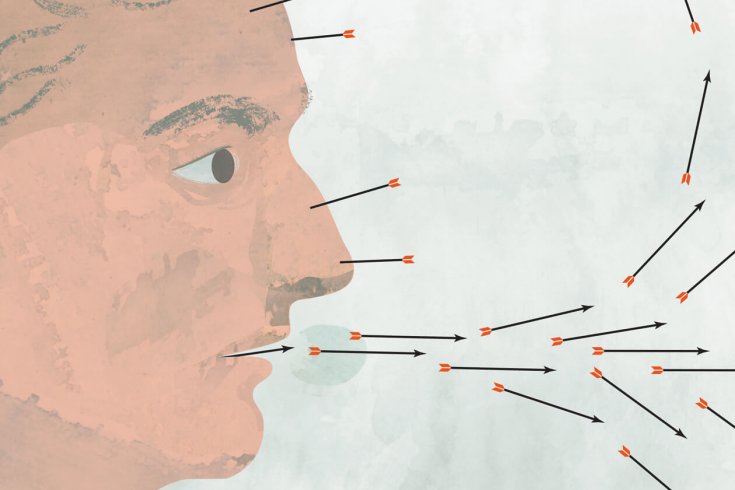 Six years ago, I had it pretty good. After House of Anansi Press published my first book of poems in 2010, I became a columnist for the National Post and the poetry editor for The Walrus. It was funny: I had dropped out of college, and, at twenty-six, was being mailed steady paycheques to do homework. All I needed to do was not fuck it up, which I did with characteristic haste.

The critics who actually deserved the jobs disqualified themselves from gigs like mine, because they’d made the mistake of having already distinguished themselves at theirs. There was an unspoken understanding that book reviewers in major newspapers were expected to produce copy that was essentially service journalism, defanged consumer reports intended for the sort of reader who, on a whim, might buy a book on an outing to the mall. They’d spoiled their shot at being literary critics in a Canadian newspaper because they were actually literary critics.

In my first few columns, I toed the party line and wrote shallow reviews in which my mixed feelings were left unsounded. I got good at spinning empty calories, like when I gushed that Canada was in a golden age of poetry, which was just the sort of confected falsehood for which nearly everyone who read me had a sweet tooth. Still, I couldn’t help but notice the discrepancy between the work I was filing and the criticism produced by the writers I most admired—George Orwell, Gore Vidal, Helen Vendler, Philip Larkin, Janet Malcolm, Renata Adler, Christian Wiman, and others. Wiman wrote that if you’re a book reviewer who loves most of the poetry that comes across your desk, you’re either really lucky or really stupid.

I was face to face with the dilemma of the Canadian poet-critic: bullshit your way to the top or realtalk your way to the bottom. I knew lots of people who had parlayed their column inches and entry-level editorial jobs into cushy gigs, and the temptation to accept the keys to the kingdom, which were on offer for the low price of my conscience, was real. I had to decide what kind of poetry critic I wanted to be.

So I filed my first skeptical review by passing judgment on the latest collection of poems by a CanLit patron saint, Tim Lilburn. The book, Assiniboia, about Louis Riel and his provisional government, embodied so much of what I despised about swaths of Canadian poetry: a conspicuous environmentalism that masked a deep-seated misanthropy; a vain self-regard for its own social consciousness; diction and cadences that were more noisy than musical. The jacket copy was so grandiose as to give the impression that if the book could be ground down and snorted, it would be a panacea, but it wouldn’t get you high: “In Assiniboia, Tim Lilburn’s wholesale attempt to resituate the root of human singing deep in the body’s core amounts to a resuscitation of singing itself.” For the first time, I wondered aloud, “Are there literate adults who actually dig this?”

Yes, it turns out. And, as I learned shortly after the review was published, they’re in possession of social-media accounts. People were furious. Poetry for me was only one wavelength in the spectrum of contemporary arts and culture. Record and TV reviews were often pointed and censorious. If a new hip-hop mixtape had lines as hilariously self-serious as Assiniboia’s—“fog/ Goatishly circling and sniffing/ The anus of Mount Baldy”—most critics would make spectacular hay of it, and most discerning readers would get a kick out of the copy.

But those reviewers have what a Canadian literary critic doesn’t: an independent readership. The only people who read my columns were Canadian writers, editors, publishers, or publicists. With every disparaging review I filed, I pissed off a handful of interconnected people, and there were only so many handfuls.

My editor at the Post got a lot of hate mail about my pieces. When he moved to another newspaper, I asked whether he’d consider moving my column with him. He shot me a look of pity. He was probably right to worry that I might be imperilling not just my own career, but his, too. And so, as soon as I had finally earned my job as a Canadian literary critic, I had simultaneously disqualified myself from it.

Poetry is worth a damn because it isn’t good for anything. It doesn’t do well as therapy, social advocacy, linguistic research, hagiography, or gospel. Poetry buckles under the weight of occasion, which is when most of us most frequently turn to it for guidance or consolation. It’s almost always at its lowest when it presumes to be high art. And yet nearly everyone in the Canadian literary ecosystem is interested primarily in poetry’s utility—how it can redress injustice (in Assiniboia, nothing less than the original sin of Canada’s founding), solve the problems of language’s incommunicability, and advance our careers.

John Keats bemoaned the faintest whiff of utility in a poem, writing that “we hate poetry that has a palpable design upon us.” It’s the critic’s job to defend poetry from those who would inflate its value. The sooner a poet accepts Auden’s declaration that “poetry makes nothing happen,” the sooner their poems will start to do something. Why? Because a poem with pretensions of utility assumes that its subject is the only reason its language matters, when in fact language is the only thing of value a poem can offer.

But if poems are priceless precisely because they’re worthless, there’s little incentive for the critic to admit that in public. It’s much more advantageous for one’s career in Canada to treat the poem as useful—breaking new linguistic ground or advocating for righteous public policy.

That isn’t to say that there aren’t good Canadian poems. It’s just impossible to talk about what’s good about Canadian poetry without also talking about what’s bad. There’s both too little and too much. Too little in the sense that our first decent English-speaking poet, E. J. Pratt, wasn’t born until 1882, and our first great one, A. M. Klein, tarried until 1909. And too much? Because beginning in the 1950s, granting agencies started disbursing taxpayer dollars to Canadian writers and publishers to make up for lost time. It suddenly became easier to publish a book of poems here than anywhere else in the world.

This coincided with a wave of literary nationalism that made American and British influences suspect. The biggest beneficiary of this mindset was Al Purdy. Imagine a down-market D. H. Lawrence mixed with the worst of Charles Bukowski. Purdy was an early formalist who broke the shackles of foreign traditions to embrace an unpretentious, rural vernacular—what poet and critic David Solway called “Standard Average Canadian.” He may not have represented who we were, but he embodied who we wanted to be. Purdy is an enduring Canadian poet, Solway suggests, not because he sounds different from every other poet, but because he shows us how to all sound the same, which is what Canadians secretly desire.

Purdy’s imitators and heirs wouldn’t have ruled the roost for so long if our critics hadn’t co-operated. Northrop Frye argued that since Canada hadn’t yet produced a major writer, Canadian literature should not be read evaluatively, only thematically. “If evaluation is one’s guiding principle,” Frye wrote in 1965, “criticism of Canadian literature would become only a debunking project, leaving it a poor naked alouette plucked of every feather of decency and dignity.” The “thematic criticism” that followed had the unintended consequence of making a mandate out of our mistakes, giving the legions of well-funded, inward-looking Canadian poets the permission they needed to succeed at being second rate. Canadian poets are the ketchup chips of the literary world; they’re huge here, but you can’t get them anywhere else.

As with all of our exports, our best poets are incidentally, not essentially, Canadian. If there’s anything that binds them together besides excellence, it may be a shared mistrust of Canadian nationalism and an ambition to escape its decaying orbit. So it should come as no surprise that many of our most interesting poets are either immigrants (Irving Layton, A. M. Klein, Elise Partridge, Eric Ormsby, John Thompson, Ricardo Sternberg) or expatriates (Daryl Hine, P. K. Page, Anne Carson).

For the same reason that our fantasy of a Canadian shibboleth ended up manifesting as a kind of couch-potato lingua franca, our most daring poets are linguistic high flyers precisely because they’re frequent flyers. Layton took us to Greece, Partridge and Ormsby transported us to Florida, Sternberg and Page invited us to Brazil. More and more, those journeys are imaginary journeys, inward odysseys into literature and myth itself guided by Amanda Jernigan and Anne Carson and James Pollock. When they return with their poems, Standard Average Canadian simply won’t do to convey the mystery and romance of the foreign. Instead, the language is torqued, decorous, ambitious, and lexically tricked out with exotic, scientific, technical, and archaic vocabularies. Karen Solie’s “Thrasher” pegs the new Canadian poet not as a poor naked alouette, but as another bird, a kind of magpie with a gift for mimicry:

anyone who has come out of retirement once

too often. He is playbacks, do-overs, repeats, repeats

and fledges from persistence what he is.

Canadian poets are interesting precisely when they steal the whole world for themselves and sing it in all its useless complexity. Canadians are uniquely positioned at the moment—the way Derek Walcott was decades ago—to reinvigorate the traditional formal repertoire, because we’ve been estranged from it for so long. Notice how in “Thrasher,” the bird becomes more himself as he becomes more larcenous, and that the Thrasher’s final theft is form, Solie’s rhyming couplet (repeats/replete) glissading into the iambic pentameter of the closing line. As Robert Frost said of Edwin Arlington Robinson, he’d found “the old-fashioned way to be new”—and that’s just what we’ve rediscovered.

What our best poets share is a kind of renaissance sensibility, a worldliness that sees them trade their Canadianness for a sort of universal citizenship. Today, if our best poets keep their nationality on the down low—well, that’s just like us. They’re secretly Canadian, like so many Seth Rogens and telephones.

As for critics, I happen to think that our job is to write critically and with wit and flair about books and ideas, regardless of the personal cost. Only in Canada does that make you polarizing; everywhere else, it simply makes you competent.

The Best Books of the Decade

The Decade in Icons

Michael Lista (@michaellista) is a writer whose work has appeared in The Atlantic, Slate, and Toronto Life. His most recent book is Strike Anywhere: Essays, Reviews & Other Arsons.
X