Playing the Long Game | The Walrus
Skip to content 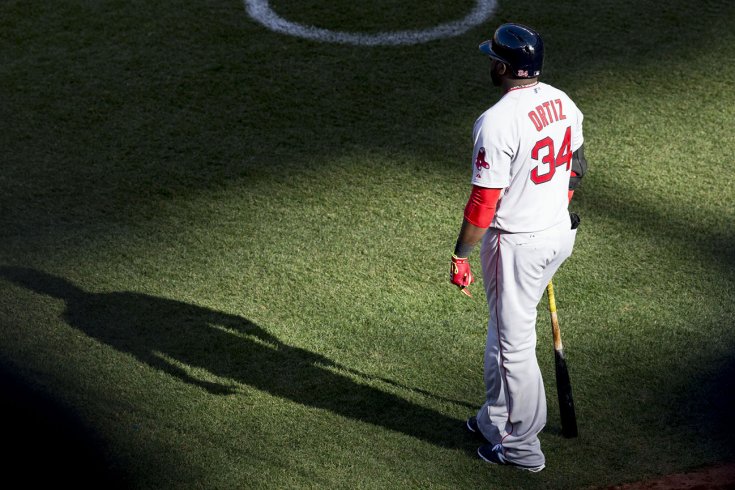 On Friday evening, the Boston Red Sox beat the New York Yankees 6–5 in what turned out to be the longest game in the former’s franchise history. Clocking in at an absurd six hours and forty-nine minutes, the nineteen-inning marathon included a sixteen-minute power outage that temporarily put out a section of lights at Yankee stadium. According to the New York Times, when the Red Sox finally turned a game-ending double play at 2:13 a.m., “Yankee Stadium was empty enough to hear their celebratory shouts as players and coaches emptied out of the dugout.”

It’s an interesting little metaphor that this excruciating slog of a game was played by Boston. Outspoken Sox slugger David Ortiz (who hit a home run in the sixteenth) is a vocal opponent of Major League Baseball’s newly instituted rules, all designed to quicken a famously slow pastime. When asked at a February press conference what he thought of a rule that requires batters keep a toe in the box during an entire at bat, he said: “I call that bullshit . . . It’s not like you go to the plate with an empty mind . . . When I come out I’m thinking what is this guy going to try to do to me next? I’m not walking around because there’s cameras all over the place and I want my buddies to see me.”

It turns out Ortiz is not alone in his pace-of-play protest and belief in the meditative nature of the game. In an informal ESPN poll of 117 major league players, 60 percent said they didn’t think the game was too slow, and an overwhelming 78 percent said they disliked the idea of a pitch clock. Die-hard devotees often assert that in a world that demands we constantly be on schedule, the lack of clock is part of baseball’s dawdling charm—that it’s a gift not to be able to make solid, immovable plans at the end of nine innings. “Uh, it’s not like a Broadway musical where it ends with a big Hawaiian number,” says Red Sox fanatic Ben Wrightman in the 2005 film Fever Pitch, when his uninitiated, workaholic girlfriend asks what time the game is over.

Yet despite both player and “more traditional” fan objection, speeding up the game has been a top priority since last August, when owners elected Rob Manfred the tenth commissioner of baseball. Fear of the game’s aging fan—whose median age is mid-fifties, considerably older than NFL and NBA watchers—and falling television ratings are the league’s impetus for change. MLB has formed a special committee to create, examine, or enforce rules that promise to shave time off the average game length of three hours. Hitters who don’t fall in line with batter’s box requirements, for example, will first face warnings, and then an escalating series of fines that top out at $500 per infraction.

Thanks to Manfred, the insidious red glow of a timer is now present in stadiums, with 2:25 countdowns indicating how long breaks between each half-inning should last. Pitchers are required to throw their last warm-up pitch with thirty seconds remaining, and batters should be in the box by twenty.

That overwhelmingly loathed twenty-second pitch clock has already been implemented at AA and AAA levels, training prospects to get used to its ominous presence before it is instituted MLB-wide in the future. (Starting on May 1, an AA or AAA umpire will be able to call a ball if the clock reaches zero before the pitcher throws.) Also under committee consideration? Cutting out those wonderfully romantic pitcher-catcher chats on the mound, and reducing the number of warm-up throws for relief pitchers. The strategy is to slowly but surely encourage players to change their habits, and, by extension, quicken the general rhythm of the game.

Very early reports say the league’s lofty plan is working, at least in its mission to tighten things up—it’s still unclear whether it’ll amount to anything dollars-wise. Though certainly a meagre sample, the first thirty-five games of 2015 saw nine-inning contests last an average two hours and fifty-two minutes, down ten minutes through the same number last year. So far players have suffered only a finger wagging for breaking the rules, with fines for repeat offenders likely to arrive later this year. The Associated Press reported that as of last week, ten players had received warning letters for violations. (Salty Ortiz is not among them.)

Major League Baseball has invested a great deal of time, energy, talk, and money into saving all its potential new fans an entire ten minutes that they will not have to spend in the ballpark or on their couches. They’ve made a statement that they’re serious about change, with a promise that more minutes will be shaved off in the future.

Does this mean all of baseball’s non-fans—time-sensitive folks, every last one—have begun flocking to parks in droves? Does it mean these mythical younger viewers, with their (alleged) impatience and limited attention spans, are suddenly seeing the game’s newfound briskness and climbing on board? Entirely unlikely. The thing that the MLB consistently misses is that its audience problem is less about how long the game experience lasts, and more about who is allowed to be a part of it.

It’s true that the game is far too mired in outdated tradition, but it’s the culture that’s regressive, not the clock. On April 6, David Price became the first black pitcher to start opening day for the Detroit Tigers in forty-seven years. Major League Baseball currently has just one black manager, the Seattle Mariners’ Lloyd McClendon. All ten baseball commissioners in history, from Kenesaw Mountain Landis (1920–1944) to Manfred (2015-present), have been white men.

Meanwhile, MLB is taking its sweet time in getting rid of what is arguably the most racist mascot in professional sports. There are currently no out gay major league ball players, and just over half of the league’s thirty teams have ever hosted an LGBT Pride Night. Baseball has successfully alienated the mentally ill, domestic violence and rape survivors, and now those who struggle with addiction. Women should be welcomed beyond pink-washed breast cancer awareness and Mother’s Day events.

And if we’re talking about lofty plans for change, what if MLB gatekeepers consciously valued diversity in the media they give access to? What if they further denied access to those who have made a habit of broadcasting or printing sexism, racism, and homophobia?

Late last month, Oakland Athletics pitcher Sean Doolittle and his partner, Eireann Dolan, made a public offer to purchase tickets from season ticket holders who expressed “discomfort” over the team’s announcement of its first Pride Night. The offer was to buy any unwanted tickets to the upcoming June 17 game at face value, with a plan to fill the stadium by donating the seats to Our Space, a Bay Area program for LGBT youth. None of the homophobic fans took the bait, so Dolan instead raised money for members of Our Space to attend, with a commitment from Doolittle and her to match up to $3,000. (Any money not used for ticket purchases will be divided between Our Space, AIDS Project East Bay, and Frameline, a distributor of award-winning LGBT films and videos.)

Dolan and Doolittle’s non-MLB affiliated fundraising efforts have gotten press outside the narrow field of baseball reporting, and garnered a great deal of attention from those who have only a fleeting interest in the game. The widespread reception has been I don’t care about baseball, but this is great. It’s actions like theirs—not Manfred’s—that make the game relevant, and encourage fandom from those who’ve long seen it exclusionary and stuck in the past.

On Friday night, in six hours and forty-nine minutes of action, baseball asserted that it’ll take all the time that it needs, thank you very much. While it’s certain that the league must dramatically evolve to attract new audiences, all this attention on speeding things up feels like a case of misplaced resources and energy. Manfred’s first priority to attract a new generation of fans to their old man’s aging game is necessary, but his method is likely both futile and fruitless. The message to MLB is clear: let’s open doors by working on the things we can—and should—change. Anything else, as Ortiz would put it, is bullshit.