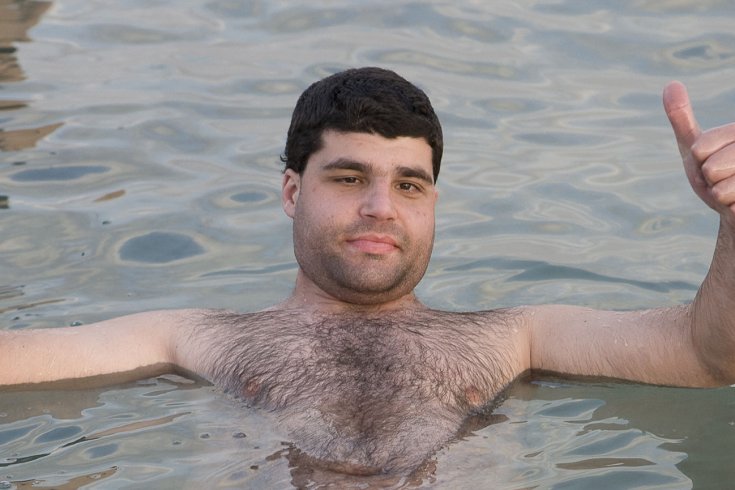 My son Joel David Schwartz was born on April 29, 1983. He died in the emergency room of Toronto’s Sunnybrook Hospital exactly six years ago, on March 3, 2009, just short of his twenty-sixth birthday. People with Asperger’s Syndrome—an autism-spectrum disorder characterized by social difficulties and intense intellectual fixations—often do amazing things with their lives. But sometimes, as with Joel, those lives are cut short by tragedy.

From a young age, it seemed that half of Joel’s brain worked like a supercomputer. The other half just didn’t work. Joel could memorize anything he saw or heard, but human beings were just too unpredictable for him to learn by rote.

Joel studied his friends and family carefully, desperate to understand and to be accepted; doggedly trying to make sense of the social signals and nuances that eluded him. Our charming nerd wondered why his first girlfriend dumped him when he listed all the things they had in common: a love of swimming, sailing, and cookies . . . and the fact that they both had started growing moustaches.

On the way to camp one summer, he was thrilled to be offered a ride on a Harley-Davidson after observing—out loud, before we could shush him—that all the hairy men in the lobby of the Sudbury Travel Lodge had forgotten to put shirts on under their black leather vests.

Joel never understood why we cried at the Friday night supper when he told his Uncle Rick, freshly bald from chemo, that he loved Rick’s haircut and wanted to get the same one. As a little boy, Joel mortified his grandparents when he loudly proclaimed that the Philadelphia restaurant at which they were eating was “full of chocolate people.” Joel once dismayed his then seventeen-year-old brother Jonathan when he asked over dinner why Jonathan had a driver’s license with another boy’s name, address, and a picture that looked just like Jonathan.

Our guy was passionate about trains and planes and buses. That part of the Asperger’s stereotype was personified in Joel. He was a well-received visitor at TTC depots in Toronto and VIA stations throughout Ontario; he knew every bus and train schedule by heart. At fifteen, he arranged his own voyage north to Moosonee aboard the Polar Bear Express. On the way, he found a wallet containing $500 in cash. He turned it in and was given a commendation from the local RCMP.

Joel absorbed countless body blows. Yet each time, he picked himself up again, forgave the bullies, smiled his silly grin, and stumbled clumsily back into the ring for another round of trying to get it right. When kids in the schoolyard promised to be his friend if he ate pretzels from the garbage, he enthusiastically complied. When some boys in his grade six class duct-taped his hands together and hit him in the head with a soccer ball, he thought they were teaching him how to hit a proper header. His good nature led Joel to gratefully take it as a compliment when some cruel teens told him they thought he was “special in an Olympic way.”

Our son’s life and his story were cut short when a psychiatrist gave Joel a quick prescription for medicine that would make him feel better. In proper doses, those pills might have had the intended effect. But Joel reasoned that he could maximize the medicine’s beneficial effect if he took as much as he could swallow.

Each year since 2011, Joel’s brother Jonathan and his friends have hosted the annual Joel Schwartz Memorial Hockey Tournament. With yearly participation from over 300 players, plus fans, corporate, and individual sponsors, the JSMHT has raised over $650,000 on behalf of Reena, an organization started forty years ago to support the full inclusion of people with developmental disabilities, like Joel, in our community.

In February 2014, Sunnybrook Hospital, where Joel had been treated, implemented the Family Navigation Project to ensure that young people with mental health challenges do not fall through the system’s cracks—as Joel did—and instead, receive the “right intervention at the right time.” On the director’s desk, there is a picture of Joel and some advice in keeping with his passion for trains: STOP—make no assumptions; LOOK with unconditional positive regard; and LISTEN as if a life depends on it . . . because it does.

At Joel’s funeral, Jonathan read the lyrics to Bob Dylan’s “Forever Young.” He said he learned everything he needed to know about life just by being Joel’s brother. We asked that people think of Joel often, and try to be kind to people who are different.

In his twenty-five years, Joel David Schwartz achieved a life worth living. He was a Bar Mitzvah, a high school graduate, Air Cadet, friend, community volunteer, camper, counsellor, Birthright Israel participant, valued employee, and beloved member of our family. Cherishing Joel’s memory is a huge job, but one made bearable by the legions of people who have chosen to act in his name to help others like him.

How Big Tobacco Set the Stage for Fake News

Even During a Pandemic, Immigrant Doctors Struggle to Find Work