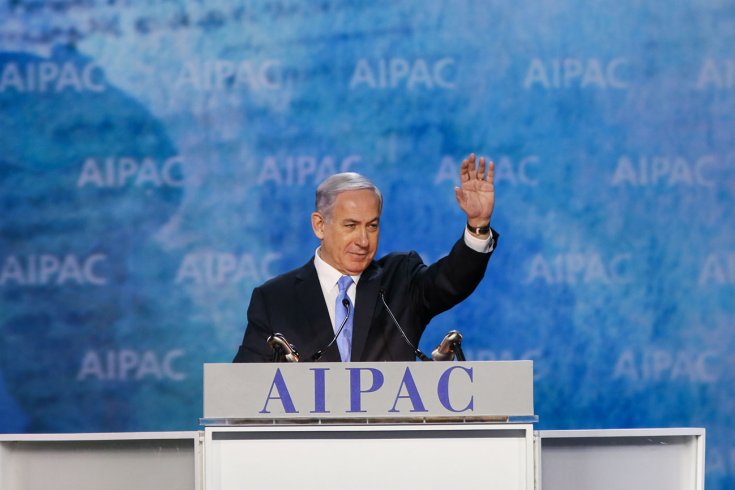 The American Israel Public Affairs Committee—widely known as AIPAC—is a Washington-based lobby group with a self-declared mission “to strengthen, protect and promote the U.S.-Israel relationship in ways that enhance the security of Israel and the United States.” Critics, on the other hand, deride it as a hawkish puppet of Israeli leader Benjamin Netanyahu (who spoke to AIPAC on Monday, warning the audience about Iran’s “tentacles of terror”). Scholars John Mearsheimer and Stephen Walt, authors of the controversial 2007 book The Israel Lobby and U.S. Foreign Policy, went further, denouncing AIPAC as a “de facto agent for a foreign government, [which] has a stranglehold on the U.S. Congress.” At the time, many pro-Israeli commentators decried the book as borderline anti-Semitic.

Having just spent the weekend in Washington, DC at AIPAC’s annual Policy Conference, I can see why it is such rich fodder for controversy and conspiracism: one usually does not associate the words “lobby group” with events conducted on the scale of mass-spectacle professional sports.

As many as 16,000 attendees crowded into a single massive room of the Walter E. Washington Convention Center for AIPAC’s morning plenary sessions, events produced with a level of multimedia professionalism usually associated with televised awards ceremonies. (The room’s somewhat bewildering colour-coded seating plan was organized according to how much money one donates to AIPAC, with six-figure “Minyan”-class heavy hitters in the front row, and general-admission pikers seated in the bleachers.) There also were dozens of smaller sessions covering such issues as the how-tos of pro-Israel campus activism, the Iranian nuclear threat, “Proud and Pro-Israel: LGBT support for the U.S.-Israel Relationship,” and “Friends of Faith: Evangelical Christian Support for Israel.” Attendees could meet Israeli celebrity chef Gil Hovav, join in a discussion about “the burgeoning Israeli craft brew industry,” meet an artist who transforms Hamas rocket shrapnel into sculpture, and see a movie called Touchdown Israel: Tackle Football in the Holy Land. That was an à propos selection, I thought, because surely this was nothing less than the Super Bowl of American Zionism.

Yet there were a few Canadians there, too. Liberal MP and human-rights expert Irwin Cotler spoke to the subject of “Israel in the Courtroom: The Challenges of the International Legal Landscape.” John Baird spoke at a by-invitation-only event (listed in the program as “exclusive for Rabbis and Cantors”). And on Sunday afternoon, I joined Postmedia columnist Terry Glavin and Centre For Israel & Jewish Affairs, Canada CEO Shimon Fogel in addressing a session entitled “The Strong Relationship Between Ottawa and Jerusalem.” What follows below are notes from my presentation.

It says a lot about what’s happened over the last decade that AIPAC organizers saw fit to put Canada on the conference program. In the early 2000s, a session on “Ottawa and Jerusalem” wouldn’t have made any sense. During the Chrétien years, Canadian policy on Israel wasn’t easily distinguishable from that of the major European countries. We generally supported the parade of anti-Israel resolutions that came up for vote at the United Nations. Our foreign-policy focus was multilateralism. Going along with majority international opinion on the Jewish state was part of that package.

Israel experienced its most significant military cataclysms in 1948-49, 1967, and 1973. So it always surprises American audiences to learn that the Israeli conflict that many Canadian foreign-policy pundits dwell on at greatest length is the (relatively) obscure Sinai conflict of 1956, which was more of a great-powers showdown than a full-fledged war. The Suez Crisis ended with the creation of the UN Emergency Force (UNEF)—the birth of modern peacekeeping—largely thanks to the exertions of UN Secretary General Dag Hammarskjöld and Canada’s Secretary of External Affairs, Lester B. Pearson (who was awarded the Nobel Peace Prize for his efforts). Since that moment in the sun, the concept of peacekeeping, and of multilateralism more generally, has captured the Canadian political imagination; so much so that the very idea of striking principled foreign-policy stands in favour of Israel (or, in fact, any other ally) long was seen as un-Canadian.

The question is: why did that change? This was no gradual shift: in the space of about a decade, Canada went from a rank-and-file member of the bien pensant West to Israel’s loudest and most tireless defender on the world stage. It is one of the most sudden and stunning foreign policy lurches that I have observed in any advanced democracy during my lifetime.

The first and most obvious factor is the fallout from 9/11, which awakened Canadians to the threat of militant Islam—the self-declared creed of Hamas, Hezbollah, and other terrorist groups attacking Israel. The war in Afghanistan—which featured the first sustained offensive military operations by Canadian ground troops since the Korean conflict in the 1950s—was especially important in this regard. If Canadians were dying in the fight against jihadis in Kandahar, it seemed odd to play “honest broker” with jihadis in Gaza and Beirut.

A second, completely unrelated, phenomenon in Ottawa had an equally pronounced effect: during the 2000s, federal politics in Canada became more centralized and professionalized. Jean Chrétien and Alexa McDonough both were somewhat tolerant of firebrand hard-leftists within their parties, and permitted them to say all sorts of outrageous things about the United States and Israel. Paul Martin and Jack Layton put an end to that. And the modern Liberal and NDP parties almost match Stephen Harper’s Conservatives in their tight control on all forms of messaging, especially when it comes to foreign policy.

Certainly, the days when an MP such as the NDP’s Svend Robinson could go off to the West Bank and accuse the Israeli government of torture and murder are long past. And the Liberals learned their lesson for good in 2006, when Michael Ignatieff went on a Quebec TV show and accused Israel of war crimes in its campaign against Hezbollah. After issuing a fulsome apology, Ignatieff called the episode “the most painful experience of my short political career.”

Some Canadian critics complain that Harper’s vocal pro-Israel advocacy is part of an effort to court the Jewish and evangelical Christian lobbies. But that doesn’t make mathematical sense: both constituencies are relatively small in Canada. And our campaign finance laws don’t permit the emergence of Sheldon Adelson–type figures who can dump millions on politicians or parties that strike Zionist postures.

It makes more sense to view Harper’s support for Israel in broader terms—as a proxy issue that allows the Conservatives to signal support for a dozen other more complex ideas, all of which have support well outside the Jewish and evangelical communities. According to the political shorthand that has emerged since 9/11 in Western countries, the act of proclaiming one’s support for Israel suggests a preference for moral absolutism over moral relativism. It suggests pride in our society’s Judeo-Christian heritage. It tells people that you’re a hard-ass on terror and militant Islam, that you thumb your nose at the UN, and that you prioritize anti-terrorism and national security over political correctness. These are all attractive ideas to broad sectors of the right-wing voting public, including many voters who might not even know much about Israel itself. Harper has even cleverly leveraged the Israel issue to court the Canadian left, noting (accurately) that rights for gays and women are protected in the Jewish state, but not in neighbouring countries.

A third factor contributing to my country’s sudden Zionist lurch can be traced to the evolution of Canadian media. Well into the second intifada of the early 2000s, the CBC—our public broadcaster—often injected a strongly pro-Palestinian tilt into its reporting. That began changing a decade ago, not so much because of political interference, but because of the effect of social media. Till the advent of Twitter and similar services, pro-Israel watchdog groups really had no effective way of rallying the troops against what they regarded as anti-Israel bias. But now, every misleading CBC report is met with a well-organized swarm of tweets, which inevitably bring about investigations from the CBC’s own public editors.

The effect of this has been dramatic. While I still hear Canadian conservatives complain about the CBC, my own view is that Canada’s English-language public broadcaster follows the example of NPR and PBS in being generally fair toward both sides. (The Quebec-based Radio-Canada service is another story.) Large newspapers such as the Toronto Star and Globe and Mail have taken similar cues from their readers and the Twitterverse. The result has been a near-suffocation of the anti-Israel voices that once penetrated into the mainstream Canadian media, but which now are relegated to web-only outlets such as rabble.ca.

Fourthly and finally, there is the evolution of Canada’s attitude toward your own country, the United States.

Beginning in 2008, with the election of Barack Obama, the once-dominant Canadian creed of anti-Americanism went into a massive free fall north of the border. For Canuck liberals, some of whom had literally stomped on George W. Bush dolls during the Iraq War, the new president was too left not to love. All of the fun was drained out of America-bashing.

Why is that significant to the present discussion of Israel? Because to a certain leftist mindset, America and Israel always have been twinned satans. (That is why the word “Zionist” gets ritually thrown in with protesters’ laundry-list denunciations of America’s role in the world—along with “capitalist,” “neo-colonialist,” and “imperialist.”) With anti-Americanism now out of fashion in Canada, Israel has become an indirect beneficiary.

No pundit possibly could have predicted that the election of the most liberal president in American history would lead to a sudden upsurge in pro-Israel sentiment in a neighbouring country. Just as this Canadian never would have predicted that he’d get an invitation to come speak at AIPAC. Thank you all for the opportunity. For all that has changed in Canadian foreign policy circles, this much hasn’t: we Canadians still are delighted and flattered whenever large groups of Americans care to hear what we have to say.