On Fables and Fiction | The Walrus
Skip to content 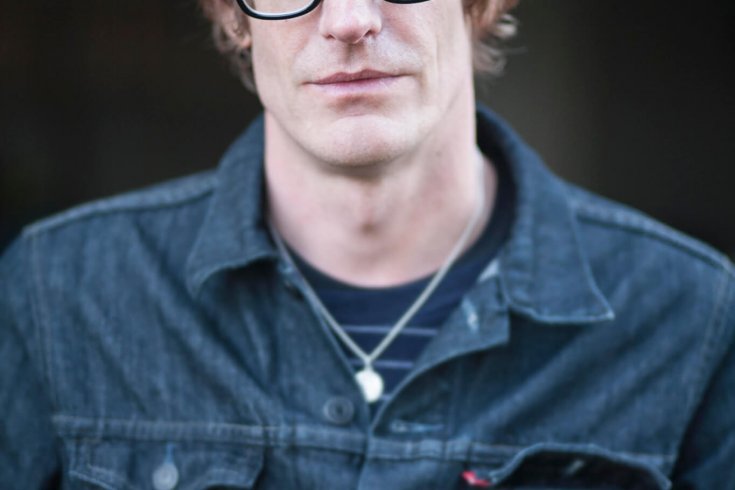 When asked what love is, the protagonist of Patrick deWitt’s new book replies, “It is a glory and torment.” The author’s latest take on historical fiction explores the extent of both these extremes in a darkly funny twist on the traditional fable.

Undermajordomo Minor is deWitt’s third book. His 2009 novel, Ablutions, was named a New York Times Editors’ Choice book. The Sisters Brothers, released in 2011, won the Governor General’s Literary Award, the Rogers Writers’ Trust Fiction Prize, and the Stephen Leacock Memorial Medal for Humour. It was shortlisted for the Scotiabank Giller Prize, the Man Booker Prize, and the Walter Scott Prize for Historical Fiction—and is being adapted for the big screen by director Jacques Audiard with John C. Reilly slated to star.

Miranda Newman: I’ve heard to you refer to Undermajordomo Minor as a fable, which is a deviation from some of your other works. Why explore this genre?

Patrick deWitt: Just as a starting point, I really liked, and still do, the language in traditional fables. I was reading them to my son at the start and then I just began reading them on my own. I enjoyed losing myself in that world. I was working on another book, which was a contemporary story, and I was recognizing that this book wasn’t going to make it and that I was losing interest—but I was immersing myself more and more in reading these fables, fairy tales, and old-timey stories. It just seemed like whoever had written them surely was having more fun than I was having telling the story of this corrupt banker.

MN: I noticed in this book there is more of a focus on love and relationships than The Sisters Brothers. What was it like exploring those themes?

PdW: It was challenging. At the start, I knew I wanted one of the focuses of the book to be a somewhat traditional love story. It’s hard to write about because it’s a subject that lends itself to overwriting, and a subject that lends itself to over-romanticized language. Writing a love story is dangerous. It’s hard to keep a grasp on what you’re doing because the subject matter itself wants to run away, so it’s hard not to come across like a zealot or a champion of love. I don’t necessarily want that to be the case. I just wanted to try to document love as it really is and how it has been for me.

I don’t think the world is crying out for love stories right now, especially with people forty and under. Most of us are very cynical. Life is moving very quickly now, and faster all the time, and I felt like love stories weren’t being represented. When I look at contemporary fiction now there’s not a lot of straight love stories [that are] not mired in irony or emotional remove. It seemed like an interesting challenge to try to write a love story for people in this society when love seems to have become degraded.

MN: Your books also have a certain timeless quality to them though. Particularly in Undermajordomo Minor, there’s an ambiguous sense of place and time.

PdW: That was intentional. I remember feeling somewhat bullied with The Sisters Brothers because it was set in such a specific time period. There was a lot that I couldn’t do. I disliked that constraint so I did away with it this time around. I think certain writers want to write a book of the times—a grand statement about the way we live now. I guess I’m the far opposite of that. It doesn’t interest me.

MN: How was the writing process different coming off of the success of The Sisters Brothers?

PdW: At times it was exactly as it always has been, which feels as natural as breathing for me: sitting in a room, fiddling with words, and making up things. Then at a certain point, it did creep into my mind that this was going to be a different experience: the publication experience, that this book would be scrutinized in way that my work hasn’t been scrutinized before, and that if I failed it was going to be a very public failing.

MN: So was there an extra sense of pressure while you were writing?

PdW: It crept in. There was a crisis point in about year two of working on this book. Part of it was me feeling anxious about the reception of the book or the expectations that were being placed upon the book—but also the book itself was fighting me. These two things working together made for an unpleasant period of time. Then I felt like I addressed the problems and trimmed the fat, and, once the book was back on track, that sense of unease and concern faded away. I think even if this book comes out and it’s universally loathed it would be hurtful to me—and detrimental to my career—but I wouldn’t feel shame because I believe in the book. I’m happy with it.

MN: At the beginning, there’s a quote from Robert Walser. It seems like he and Lucy have some parallels. What were your inspirations for this book?

PdW: There are quite a few touchstone authors and there’s actually a list of them in the finished hardcover in the acknowledgments page.* Walser, specifically, has something about him that, from the moment I read him, I felt an instant affinity. He’s this terribly charming and incredible writer, and his imagination is really energetic. He’s also just a deeply strange man who had mental illness and all sorts of problems in his life. His life wasn’t necessarily a happy one. He wrote a book called Jakob von Gunten, which is about a boy who goes to a butler school. Walser, when he was fifteen, did the same thing. I think he loved the idea of throwing himself at the feet of people he knew were his inferiors and he got some sort of perverse joy out of this. His attitudes towards servitude are, to me, relentlessly amusing. He’s such a funny man and his outlook is infectious. He’s one of those writers who, if you read and you are a writer, you have a deep desire, not necessarily to mimic them, but to pay homage to them in your writing. He’s just one of those people that I look to in my mind as the top of the heap.

MN: Your books seem to focus on jobs, starting when a job starts and finishing when a job finishes. Is there a particular reason for this?

PdW: I don’t really know what it is. I think that’s true, though. From the ages of sixteen or seventeen, up until my first book came out, every job I had was typically a very menial job. I’m thinking of the work that led to me writing that first book, Ablutions, when I was working in a bar. I was there six years, and around the third or fourth year, I started feeling really desperate. I felt like I should be doing something else and I wasn’t. I remember that feeling of frustration was really, really vivid. It seems to me that an unhappy fit in terms of work environment is the primary cause of unhappiness in contemporary society. That it exists in each book is something I only recognized after the fact, but that dissatisfaction is clearly something that I can access pretty easily and remember very clearly. Now that I’m doing work that I feel more engaged in, I have such a sense of relief. Thinking back to the years of washing dishes and doing construction, I just feel very fortunate. Hopefully I don’t lose that feeling because it makes the work that I’m doing now feel all the more enjoyable.

MN: Do you have any plans for what’s next?

PdW: I might lose this next book but I have an idea of an explorer on a boat whose job is to map unknown territories and he meets all sorts of interesting people. In my mind, I’ve begun to think of this book as the third book in an anti-historical novel trilogy. I think of Undermajordomo Minor and The Sisters Brothers as being linked in some way. I feel they’re paired thematically and also in terms of language. I don’t know if I’ll continue to work in this bygone era mode, but I feel like I do have at least one more book in me that will be written in that fashion.

This interview has been edited and condensed for clarity.

Miranda Newman (@mirandanewman) is a writer and event producer in Toronto.