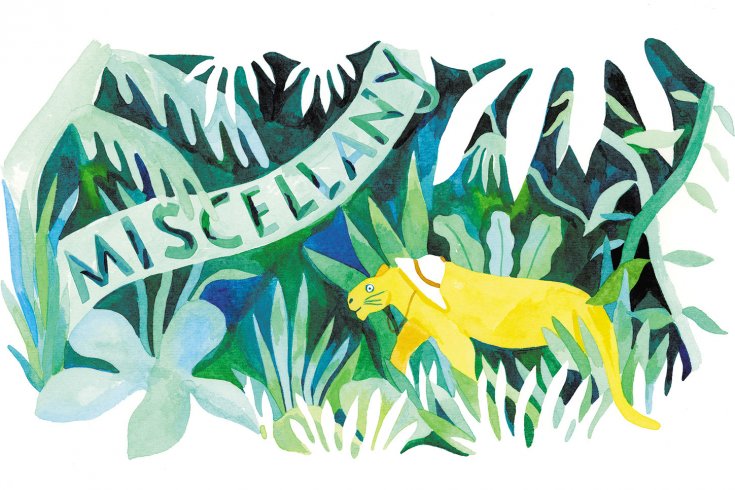 This fall, 1.7 million students will head to class at one of Canada’s ninety-seven universities. None of them will sit at a desk north of 60°, because we are the only circumpolar country without an Arctic university.

Southerners have been calling for such a school for decades. In 1977, not long after permanent communities were established in the Far North, the Science Council of Canada argued that the “most immediate value of a University of the North would be to provide a focus for the development of northern research activities specifically designed to solve northern problems.” More recently, John Ralston Saul wrote in his 2008 bestseller, A Fair Country, “An arctic university would be the single-most eloquent statement we could make about Canada as a place in the North.”

So far, though, we’ve done a D-minus job of setting one up. In 2001, Canada helped to spearhead the University of the Arctic, a global network of 170 institutions committed to circumpolar education and research. A handful of our schools joined, including Vancouver Island University and the University of Manitoba. Then, in 2011, Ottawa slashed federal funding and cannibalized our prominent role in the co-operative, now based in Finland. Colleges and other training programs exist throughout the North, including Yukon College, out of Whitehorse; Aurora College and the Academy of Learning College, in Northwest Territories; and Nunavut Arctic College, with campuses spread across the territory. But if you’re a northerner who wants to pursue, say, a bachelor’s in engineering or a master’s in geography, you have to head south.

This is one reason that northerners, and especially Indigenous peoples, trail the rest of the country in post-secondary education in general, and advanced degrees in particular. Yukon does best: 54 percent of the population has earned some sort of credential. However, much of that figure reflects the presence of southerners who move to the territory for resource jobs, then leave again. In Russia, by contrast, up to 65 percent of the circumpolar population has pursued advanced training at one of the country’s twenty-five Arctic universities.

Retention tends to be lower among Native students across North America—another barrier to education. Geographic proximity goes hand in hand with graduation rates, but schools are often far from Aboriginal communities. Students can feel isolated and unmoored, and they often cannot afford the time or the cost of travelling back home for long weekends and holidays. This is true even in Alaska, which has two Arctic campuses. The state system retains 75 percent of new students, more than a quarter of whom graduate within six years. Among Aboriginal students in Alaska, however, retention is 59 percent; a mere 12 percent end up graduating.

The North requires a distinct academic model, one that complements peer-reviewed research with traditional knowledge of ice floes, polar bear populations, and cloudberries. That type of expertise won’t land you a teaching position (let alone tenure) at the University of Toronto, but it could in an Arctic setting.

Kirt Ejesiak is among the most prominent voices calling for a locally run university. “A southern school that sets something up here—that’d be a notch in their belt,” he told me over lunch in Iqaluit. “But we’re tired of folks speaking on our behalf. We have our own experts, thank you very much.” At the same time, it’s not enough to simply rebrand an existing institution. Real vision is required: “We can do better than slap a new sign outside an existing college system and say it’s a university now. The biggest challenge is the politics.”

One of the first Inuit graduates of Harvard University, Ejesiak served on an organizing committee that published a report in May recommending that a university be founded in Iqaluit within the next two years. Initially, it would host eight programs: Inuit studies, fine arts, linguistics, political science, education, health, natural science, and law. While it would primarily serve students from across the four Inuit regions in Canada, it would be inclusive of Inuit from around the world, as well as all Canadians. In early June, Nellie Kusugak, then deputy commissioner of Nunavut, announced a feasibility study for such an institution, which may lead the territorial government to grant the necessary charter.

Skeptics are quick to point out the challenges of establishing a university in the North. Construction and infrastructure costs would be up to double the same budgets for southern institutions. There is little broadband connectivity. There are no academic libraries. The communities are not vibrant enough to attract and retain top talent. The region suffers from substandard primary education and considerable high school dropout rates. Even if graduation rates do improve, the population is simply too small to sustain a proper university.

But these challenges can be overcome. “Education requires push and pull,” Saul wrote in A Fair Country. “You must push on from kindergarten up, while you pull from the most advanced university levels.” Small populations support Arctic campuses elsewhere. Nuuk, the capital of Greenland, has one. The University of Oulu in Finland has over 15,000 students, counts presidents among its alumni, and is considered one of the best schools in Europe. And let’s not forget the humble beginnings of our oldest institution of higher education, Laval University in Quebec City, which was founded in 1663 when the European population of New France was just over 3,000.

You create a Laval or a Harvard not because the local population is big enough to support it, but because scholarship thrives on new perspectives and cross-pollination. More than anything, that is why Canadians should care about an Arctic university. An atmospheric chemist living and working in Nunavut year-round is bound to have a different understanding of climate change than one who does the occasional stint at the Canadian High Arctic Research Station. A political scientist based in the territories adds to our understanding of federalism. A sociologist working with non-traditional students who are overwhelmingly female—as would be typical in Iqaluit—contributes to demography. A primary teacher trained in the North will be a better educator in the North—and perhaps a better educator in the South, too.

So far, Ottawa has stayed quiet on the subject, but the government should throw every bit of its financial and symbolic weight behind a bricks-and-mortar Arctic university. Empowering students, scholars, elders, and the general public to study north of 60° would represent true Arctic sovereignty—much more so than annual photo ops of the prime minister posing with the Canadian Rangers—and it would further galvanize a creative intellectual community.

“A university can be a force of inspiration for our people,” Ejesiak said. It can also make us a smarter, better country.

Kyle Carsten Wyatt is a former managing editor of The Walrus.
Mügluck