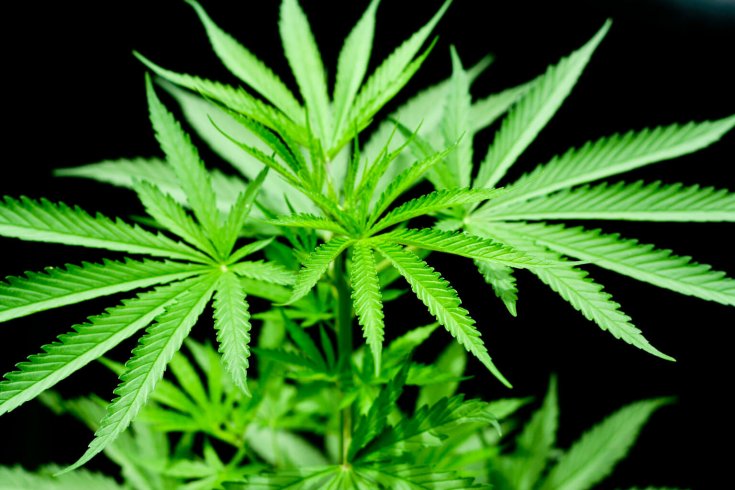 It’s Thrifty Thursday at a medical marijuana dispensary on Vancouver’s Commercial Drive, and the deal of the day is seven grams for $55. Behind the glass counter are dozens of jars filled with upper sativa strains (Hempstar, Lemon Drop) and downer indica varieties (Comatose, Oh God). Before buying anything, a prospective customer must first visit the doctor on call and receive a prescription. Every seat in the waiting room is taken, so Dan Phillips, a tall thirty-year-old grad student, stands as he fills out a membership application form. He writes down his medical condition (“back pain”) and how he thinks marijuana will help (“relieve it”).

The recent surge of dispensaries in Vancouver has made pot easier to buy than ever before. In 2012, there were twenty such storefronts concentrated in the rough Downtown Eastside. Today, there are ninety and counting—outnumbering Tim Hortons—and they’re all across the city, sometimes two or three to a neighbourhood. Each operates according to its own rules. Some allow memberships from other dispensaries; others insist on prescriptions faxed from a doctor’s office. In pricey west-end Kitsilano, the clinics feel like high-end boutiques, with burnished wood countertops and mason jars full of crystalline weed.

This one, on the other hand, seems to appeal to white guys in hip-hop attire and operates with a thin medical veneer. The waiting room walls are accented with bright green trim, as if to remind everyone what they’re here for. The truth is that Phillips doesn’t have any back pain. Once approved, he will be granted access to a members’ lounge in the back: a well-ventilated chill-out space covered in graffiti, where weekly events such as Blazed Bingo and something called Sound of the Sun take place.

It’s no secret that Vancouver is Canada’s marijuana mecca. But why the sudden influx of pot shops? The short answer is that the law is out of step with public opinion, and businesses have stepped in to meet demand. Nearly fifteen years since Canada started regulating medicinal marijuana use, the legal landscape has barely changed—and in some ways, it has regressed. In 2013, the federal government attempted to revoke the rights of approved patients to grow their own pot, offering the more expensive alternative of buying from a limited number of approved producers. At the same time, less harmful ways of getting high—oils, topical creams, tinctures—were deemed illegal for medical use, although the Supreme Court struck down those restrictions in June.

Some observers suggest that these obstacles actually drove new medicinal users to dispensaries, fuelling rapid growth: as long as everyone can hide behind Health Canada’s opaque rules, there’s a perceived safety in numbers. As well, the Vancouver Police Department has publicly stated it will not bust dispensaries unless they sell to minors. But a Wild West boom such as this can’t last forever in well-behaved Vancouver. In June, the city approved bylaws aimed at keeping dispensaries in line. These include an annual $30,000 licensing fee, a ban on most edibles, and a mandatory 300-metre distance from schools, community centres, and other pot shops. As the rules come into force, 25 to 40 percent of all dispensaries are expected to shutter.

Here at the storefront on Commercial, twenty minutes have passed. Phillips watches as members flood in and out of the back lounge, fist-bumping the visibly stoned staff, who are all, without exception, attractive young people dressed more for a club than a clinic. One employee, in heels, a tight-fitting dress, and a bucket hat emblazoned with marijuana leaves, sashays through the waiting room. “I’ve been going to the wrong places,” Phillips says dryly.

Before such widespread availability, Phillips smoked occasionally—when someone passed a joint around at a party, for example. Now, it’s part of his weekly routine. “It’s actually easier to get weed than alcohol, ’cause the dispensary is closer to my house, and there are more dispensaries than liquor stores,” he says. “They also tend to be open later.” An employee—long blond hair, kohl-rimmed eyes—thumbs her phone a moment. Beyoncé’s “Single Ladies” begins to play just as Phillips’s name is called.

In a small, bare-walled room with bars on the window, Phillips meets the clinic’s doctor—a young woman in a Jackie O suit, seated behind a desk. She works at the dispensary two hours a day. The rest of the time, she practises traditional Chinese medicine and acupuncture at another clinic. Many physicians and nurses, overseen by more rigorous ethics boards, remain reluctant to prescribe weed. Phillips asks the doctor whether she herself smokes.

No, she says, but she’s researched its health benefits. The two briefly discuss his back pain, but mostly they conduct pleasant small talk. Phillips steps back into the waiting room just as Beyoncé rounds out the final wuh-uh-oh of “Single Ladies,” which is three minutes and thirteen seconds long. Consultation complete. He pays $10 for his prescription—cheap compared to other dispensaries. A few minutes after that, bright green membership card in hand, he listens as another staff member, worthy of her own American Apparel ad, describes the different varieties on sale. This one will make him euphoric, creative; that one will make him sleepy, relaxed.

Money changes hands, and Phillips walks into the green-lit members’ lounge. “It’s a cross between a skate shop and an oxygen bar,” he says, looking around. The room is filled with forty-odd people rolling joints on skateboards, hoovering from Volcano vaporizers, and waiting for tonight’s show, Chronic Comedy, to start. The spliff between Phillips’s fingers flares as he hauls on the business end.

A balding, flannel-shirted comedian takes the stage. “I’ve always wanted to have a job where I could throw joints into a crowd,” he tells the room, rollies flying through the air and into upraised hands. “And now I do.”