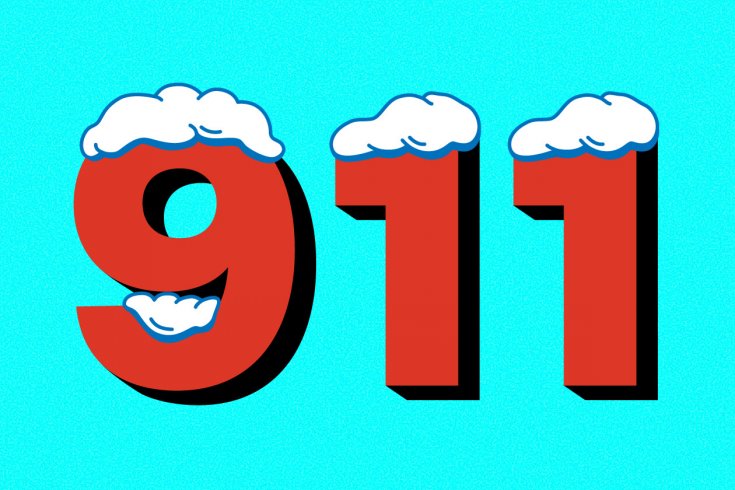 When James Anderson signed a contract with Bell Mobility in Yellowknife in 2005, he knew there was no 911 service in the Northwest Territories. Yet his monthly phone bill listed a seventy-five-cent charge for the emergency coverage. A Bell agent told him it was standard—everyone had to pay it. Two years later, when a lawyer mentioned it could be grounds for a class action, James and his son, Sam, also a Bell customer, filed a lawsuit.

Bell has offered wireless service in the NWT and the Yukon since 2004, and in Nunavut since late 2006 or early 2007, after it acquired Northwestel Mobility, part of the Bell subsidiary that provides telecommunications services in northern Canada. Prior to the purchase, Northwestel hadn’t charged a 911 service fee. With the exception of Whitehorse, 911 service didn’t exist in the North when Bell took over. It still doesn’t.

When the Andersons’ lawsuit was certified as a class action, it grew to include roughly 20,000 residents of the NWT, plus approximately 8,000 in the Yukon and Nunavut. It took nearly ten years—one trial (won by the Andersons), one appeal (lost by Bell), and one failed attempt (by Bell) to take the matter to the Supreme Court of Canada—but on June 6, the case came to an end. Bell Mobility offered a $1-million settlement, to be divided among the class.

One Yellowknife man called 911 to report a fire, and when he realized he couldn’t reach anyone, he drove to the fire hall.

The Northwest Territories Court of Appeal judges were creative in their condemnation of the fee: “A right to charge a door-to-door delivery fee for milk cannot be triggered by delivering empty bottles . . . . It is like delivering to a starving person a photograph of a turkey dinner, and then charging him or her for a turkey dinner (or delivery of one).”

Easy to memorize and easy to dial, 911 saves valuable time in life-or-death situations. An estimated 98 percent of Canadians have access to it. “The availability of a reliable and consistent response to emergency calls has become a common expectation in modern societies,” states a 2013 inquiry report on 911 service prepared for the Canadian Radio-television and Telecommunications Commission (CRTC).

There are three tiers of technological capability. Most Canadians have access to enhanced 911 service, which tracks a caller’s location and automatically provides it to the dispatcher. In more remote areas, including Whitehorse and parts of Newfoundland and Labrador, basic 911 service exists: the caller must provide her location to the operator, who dispatches the necessary service. The CRTC is already looking to the future, beginning to explore what will be the most advanced form. A step beyond enhanced service, Next Generation 911 would allow people to relay information from a scene via text message, photo, or video.

But most of Canada’s northern residents have no 911 service at all. In the NWT, people must dial the local prefix, plus 1111 for the RCMP or 2222 for the fire department or an ambulance. Dialing 911 prompts a recorded message to press zero for an operator (a function that doesn’t work on a Bell cellphone) or hang up and call the local emergency number. This can be dangerous. One night in April, a Yellowknife man called 911 to report a fire, and when he realized he couldn’t reach anyone, he drove to the fire hall. Meanwhile, the building burned.

“It is not as effective as 911,” says Kevin Brezinski, director of public safety with the Northwest Territories’ Department of Municipal and Community Affairs (MACA), of the current system. The recorded message will soon be updated to advise people who dial 911 that they must use their prefix, plus 1111 or 2222.

There’s no timeline for basic 911 service in the NWT. For years, the territorial government and the City of Yellowknife have discussed how it could be implemented. (In a region where some communities don’t have civic addressing, the enhanced service isn’t feasible.) A report commissioned by the government last year found that the NWT was well positioned to implement basic 911, with set-up costs of about $600,000, plus $266,000 annually for operation. Last week, the topic came up again in the legislature. MACA minister Robert McLeod was non-committal about when the government would move ahead with implementation. “911 is not really a part of the NWT mandate, the mandate we just put together,” he said, adding, “If there is an opportunity to do it during the life of this assembly, we will certainly explore that.”

There are several barriers to overcome. For years, connectivity was a problem, with patchy cellphone service. Only recently have some NWT communities received 3G or 4G wireless Internet service. In a territory where half of the thirty-three communities are accessible only by air or ice road, geography also presents a challenge unique to northern Canada. With populations of just a few hundred people, some communities don’t have an RCMP officer stationed in town full time. Part-time volunteers staff fire halls. “Ultimately, what’s the point in 911 if there’s nobody to call?” Brezinski says. “Without the services, 911 is kind of moot.”

The government intends to launch a firefighter recruitment campaign and assess local fire departments. Once the numbers are boosted, the focus can turn to implementation, Brezinski says. “Ultimately, it’s achievable. It’s not insurmountable.”

In the Yukon, territory-wide basic 911 service will roll out next month. Starting July 28, people living outside Whitehorse will be connected with a live operator at the new call centre in the capital, who will then dispatch the necessary assistance in the caller’s community. Currently, the only option these residents have is to call one of three seven-digit numbers, different in each community.

The CRTC had approved an interim service in the Yukon, which would have allowed callers to dial 911 and hear a recorded message to press one for police, two for the fire department, or three for paramedics. In 2014, CRTC commissioner Stephen Simpson said he wasn’t pleased the Yukon had been “lagging behind” in implementing the interim service. Ultimately, the government never proceeded with the stopgap, instead focusing on basic 911. “It’s been tough because of geography and a mixed bag of technology in smaller regions,” Simpson told the Whitehorse Star. The Yukon has fewer communities than the NWT does, and they’re more accessible—all but one have a year-round road in and out.

Nunavut faces similar challenges as the NWT, with sparsely populated communities spread out across a vast area. Its government is exploring the feasibility of basic 911 but has no timeline for implementation. The high cost of telecommunications services is a challenge, Kris Mullaly, a spokesperson for the Department of Community and Government Services, said in an email. So is ensuring that service in the territory’s four official languages—Inuktitut, English, Inuinnaqtun, and French—would be offered at all times in a dispatch centre.

While each community has its own emergency numbers, the territory’s only dispatch centre is in Iqaluit. After business hours, the local lines aren’t staffed, so people living outside the capital are asked to dial the Iqaluit number to reach a live operator there. The dispatcher then sends out a request for local assistance. In addition to the RCMP and volunteer fire crews, each Nunavut community has an on-call emergency response person the dispatcher can contact via home phone or radiophone, said Mullaly.

In a city the size of Yellowknife or Iqaluit, 911 would undeniably be beneficial. But residents of some smaller municipalities in the NWT have questioned its value. “If there’s a fire in a small community, everybody knows about it,” Brezinski says. “At the end of the day, it doesn’t take long for some of the first-response requirements to become very known without having to go through the trouble of contacting a 911 operator to dispatch a first-response service.”

On Monday morning, James and Sam Anderson went to the courthouse in Yellowknife, where the judge approved Bell’s settlement. As per the agreement, 40 percent of the money, at most, will go to the Andersons’ lawyers. (The firm spent 2,500 hours on the case over the years; at its regular rate, the bill would be $1 million.) That leaves a ballpark figure of $610,000, which works out to roughly $22 per person. Those who are still Bell clients, like James, will have a credit added to their account. The others will receive a cheque in the mail.

“I don’t think anybody would say this was about the money,” James says. Rather, that a corporation shouldn’t be allowed to charge customers for something that’s non-existent. But, given that nine years have passed since the suit was launched, with no 911 developments in the NWT, the case has also highlighted the lacking coverage, and inherent safety risk, across the North.

In a crisis, every second counts. People who are new to the territory and don’t know their local prefix are stuck listening to a dead-end recording. “You’re out of luck,” James says. “You’ve wasted valuable time in an emergency trying to locate services.”

Rhiannon Russell (@rhrussell) is a freelance journalist based in Whitehorse, Yukon.
Paul Kim