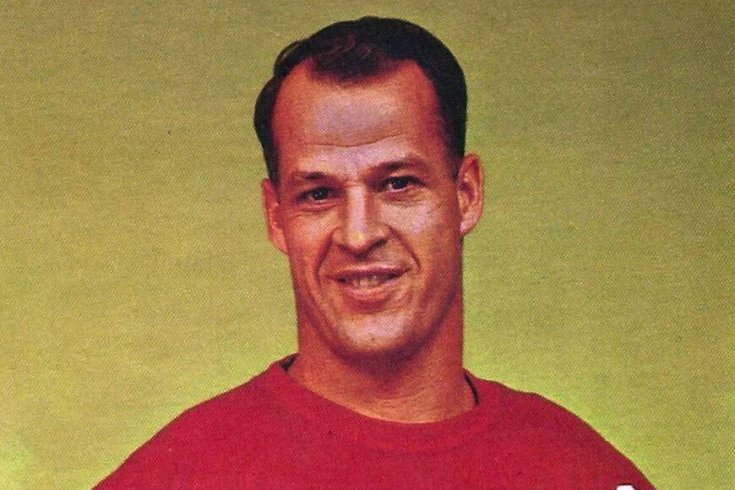 In 1980, I spent three days in Hartford, Connecticut, for a magazine profile of Gordie Howe. I’d been in his presence a couple of times, in dressing rooms, and been struck by the contrast in his demeanor on the ice and off. On skates, he could be absolutely vicious. After a game, leisurely shedding his equipment, he seemed a sweet, simple prairie boy full of gracious ease and gentle humour.

Gordie’s wife, Colleen, was a fierce guardian. He said little more than necessary; she talked nonstop and seemed slightly crazy. On my second day in Hartford, once she’d vetted me, she let me spend some time with him.

The Whalers had an exhibition game with a touring Russian team on Sunday afternoon. After practice on the Saturday, I followed him out to their home, a spacious, glass-fronted bungalow on a lovely acreage. It started to snow, delicately, and I interviewed him while—because he didn’t like doing nothing—he puttered around the garage and then swept the swirling flakes from the flagstones. For lunch he made us tomato soup and toast.

Colleen arrived home and took over, giving Gordie papers to sign, reminding him of an appointment, telling him what to say on a get-well card. I knew that he liked to nap in the afternoon, so I took my leave. We were to meet up again after the Sunday game and then go to dinner.

On the drive back to Hartford the fields started to disappear under a white sheet.

Instead of going back to my room I went to the mall adjoining the hotel and did some shopping. By late in the day a storm was raging. The mall was nearly empty. I was killing time in the bookstore when Gordie walked in—a slope-shouldered, middle-aged man with snow on his hat. He spoke with a slight lisp. He looked at my shoes and said, “Have you got boots?”

“No, but I’ll pick some up now. I gather it’s getting pretty bad.”

“We might have some at the house that’ll fit you.”

He said, “If you’re not doing anything, I can’t use my ticket to the concert tonight,” and handed it to me.

That evening, in the mostly-empty arena, while snow floated down, I listened to Debby Boone sing her hit, “You Light Up My Life.” Urged on by the mostly-Christian audience, she sang it twice.

Next afternoon, at the sparsely attended game, I watched Gordie, in an on-ice display of energy conservation, nonchalantly dump a couple of Russian players, hit a goalpost, get an assist, and spend two minutes in the penalty box. He was fifty-two years old, playing against kids half his age.

I don’t think there’s been an athlete quite like him. Imagine playing a quarter century at the highest level in the NHL, leading the Red Wings to the Stanley Cup four times, winning the Hart Trophy (most valuable player) and the Art Ross Trophy (leading scorer) six times each, and ranking among the top ten NHL scorers for twenty-one consecutive seasons. After retiring and being inducted into the Hockey Hall of Fame, he resumed his career in his forties, for the pleasure of playing with his two sons. He spent six seasons in the WHA, twice—in his mid-forties—scoring over 100 points, all the while, through the decades, remaining a deeply feared and rugged combatant, the guy you did not want to incite. No wonder Wayne Gretzky, the Great One, always points to Howe as the greatest of all.

In the dressing room after the Russia game I stood off to the side while a dozen reporters stuck recorders in his face. He patiently offered up the expected nonsense and signed a few autographs. His hands and wrists were twice the size of mine. He was naked from the waist up and the muscles in his shoulders and chest were like the rope you see loosely coiled on a tugboat. When the scrum broke up and he noticed me, he said, “Did you make it to the concert?”

“She was terrific. Thanks.”

Once in street clothes, he signed a hockey stick to me and offered it. When I reached for it, he pretended to spear me in the nuts. I flinched; he laughed. Then he handed it to me and, as I admired it, pretended to elbow me in the head.

“Let’s go,” he said, buttoning his overcoat. “Do you like Chinese food? Have you seen Colleen?”