No Place to Go | The Walrus
Skip to content 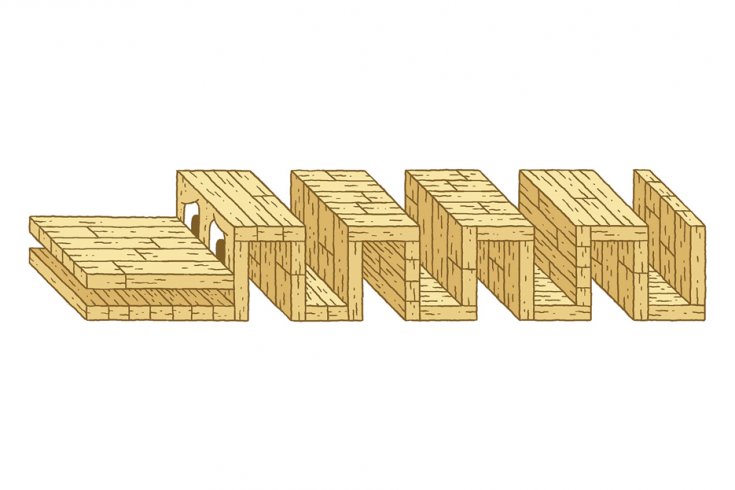 Jihoon Lee has come a long way since moving to Toronto two and a half years ago. Born in ideologically repressive North Korea, the teenager has outdone most of his peers at his Scarborough school. In 2013, he took home a top award for his grade—even though English is his fourth language, after Korean, Mandarin, and Japanese—and earlier this year he made it to the city-wide track and field meet in the 100-metre dash. By any standard, he is an immigration success story. “My son has been so happy in Toronto,” says his mother, Sujeong Lee. “It’s been a dream come true for him to be here.” (Jihoon is not his real name; Lee asked for his identity to be protected.)

But Lee and her son may not be allowed to stay for much longer. Despite letters of support from Jihoon’s teachers, the Lees’ application for refugee status has been denied, and they are awaiting an official deportation order. Last winter, at the urging of her lawyer, Lee disclosed to immigration officials that she had not been completely truthful on her application. Like most North Koreans in Canada, she claimed that she had come here from China—something other refugees advised her to do. However, for two years, Lee and Jihoon had lived in South Korea, which automatically grants citizenship to escaped North Koreans.

In late 2012, as part of a broader effort against false refugee claims, Citizenship and Immigration Canada established a pilot project that empowered officials to intervene at hearings in cases of suspected fraud. CIC doesn’t consider South Korean citizens as being in need of refugee protection; in May 2013, South Korea was added to the Designated Countries of Origin, an index of nations that do not typically produce refugees. “South Korea is simply seen as a safe country,” says immigration lawyer Jack Kim, an adviser of HanVoice, a North Korean advocacy group based in Canada.

According to sources within the North Korean advocacy community, the current crackdown started in 2013 when then immigration minister Jason Kenney became aware that most North Koreans in Canada hold South Korean citizenship. Subsequently, Kenney allegedly told those sources, Ottawa had sent the prints of a few hundred North Korean refugee claimants to the South Korean government for comparison. Both CIC and the Canada Border Services Agency declined to answer questions about fingerprinting, and the Canadian government has never publicly acknowledged the existence of such a program. Court documents from immigration cases have referenced this use of fingerprinting, however, and the United States and United Kingdom reportedly have similar programs.

The result, Kim says, has been that most of the 2,000-odd North Koreans who had come to Canada since the mid-2000s have been deported or, spooked by the stringent new rules, left voluntarily—even those who had been granted permanent residency. They have either returned to South Korea or headed for Europe, he adds, where they’ll likely tell the same story of immigrating via China, and tempt fate once again.

Canada does not deport asylum seekers to dictatorial North Korea, where they would likely face torture, or worse. A small number of North Koreans have been accepted under other immigration criteria, having filed bona fide claims that disclosed their time in South Korea. However, the vast majority of North Korean refugee claimants arrive via South Korea, and, so far this year, Canada has not accepted the claim of a single North Korean applicant—a far cry from just two years ago, when 230 such claims were approved. “It’s just painful and heartless,” says Soohyun Nam, a Toronto immigration lawyer with a large roster of North Korean clients, including Lee, who is preparing an application to CIC on humanitarian grounds.

Lee and Jihoon’s exodus began in April 2007, when they first left North Korea for China’s Jilin province. But Beijing, Pyongyang’s ally and patron, deports North Koreans back to their native country, where they often face long prison sentences for having tried to escape. Eventually, Lee saved enough money to pay a human smuggler to take her and Jihoon to Laos, where she went to the South Korean embassy and sought asylum.

Although the South Korean government provides North Korean refugees with housing, stipends, and schooling, Lee says the discrimination she and her son faced there was on par with what they had experienced in China. Like many North Korean refugees, they were thought to be spies; Jihoon was bullied and beaten at school, and his lunch money was stolen. He spiralled into a deep depression, and in 2011 considered leaping off the sixteenth floor of their apartment building.

According to statistics compiled by HanVoice, Jihoon is not alone. North Koreans in South Korea are more than twice as likely to commit suicide than the rest of the population, and 40 percent of them have post-traumatic stress disorder. The two Koreas are still officially at war, and much of the intolerance toward North Koreans stems from long-standing cultural and political divisions. “South Korea is a hierarchical and competitive society, and in general it’s uncomfortable with newcomers from the outside,” says Nam, who grew up in Seoul. Fleeing the aftershocks of a massive famine in the 1990s, about 25,000 North Koreans have flooded into and around Seoul over the past decade, and South Korea is finding it difficult to assimilate so many newcomers.

Advocacy organizations are petitioning the current immigration minister, Chris Alexander, to implement a new program that would allow North Korean refugees in Thailand to apply directly to CIC, rather than going through the South Korean embassy. They have also asked Alexander to permit those already in Canada to stay. For her part, Lee cannot imagine returning to South Korea. “My son tried to kill himself because of the discrimination we both faced there,” she says. “He talks now about becoming an astrophysicist. We just can’t go back to our old lives.”

Susan McClelland co-authored Stars Between the Sun and Moon: One Woman’s Life in North Korea and Escape to Freedom.
Jesse Jacobs