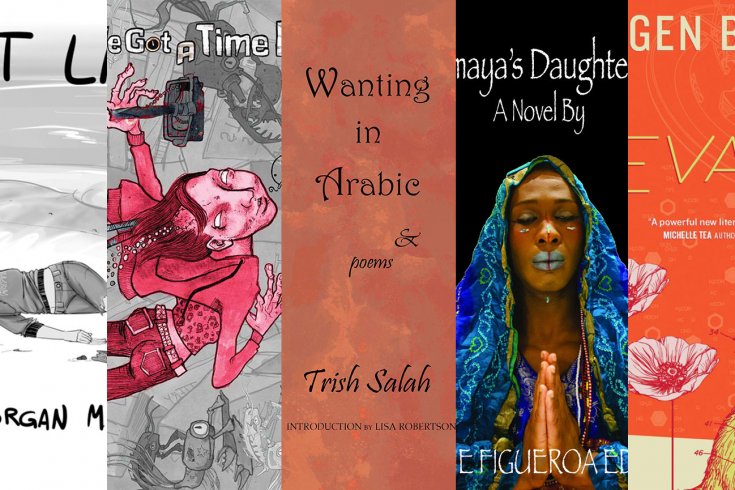 For the current issue of The Walrus, I wrote an essay, “Rise of the Gender Novel,” critical of recent books about transgender people. The novels I focused on were written by cisgender—non-transgender—people, and they include material I found clichéd and inaccurate. My editor at The Walrus, Drew Nelles, suggested I write an online supplement to the essay, recommending some trans authors I think everyone should read. So here are five trans-themed books, written by trans women, which range from punk novel to horror chapbook. All are worth your time.

“But—” Reed stops mid-sentence. He stares at his roommate and the realization moves through him slowly, ice in his veins and settling cold in his chest. He can’t remember their name, like it’s slipped just barely out of reach. In fact, he can’t remember anything about his roommate at all, beyond the fact that they live together. And that might just be context clues at this point. Quietly, “I—I’ll fix it. I’ll fix everything.” 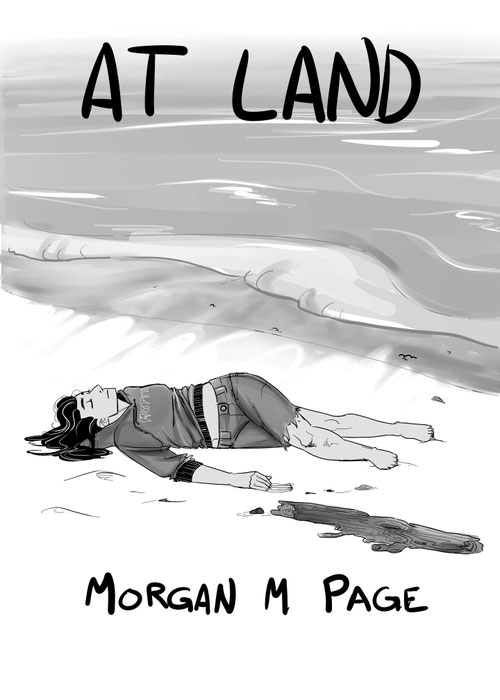 Page’s At Land, the newest title on this list, is a chapbook novelette released last fall. Trans couple Reed and Gwen have come home to Montreal from a trip to the ocean—but Reed has a disturbingly large chunk of time missing from his memory. As the day continues, his recall doesn’t get any better. At Land is a horror story at heart, but Page’s writing is emotional—the trip was intended to memorialize a friend who killed herself—as well as suspenseful and visceral. A sense of doom pervades the book.

They were drinking on methadone the whole time and wound up sleeping sitting up in the front seat of the Voltaire with their clothes and shoes on. Sybil woke up at 6 am to sunshine and garbage truck sounds lapping at the shores of the roof of the parking garage. Trifle was like a stone statue of a man in a reclined drivers seat. Sybil floated into the daylight, leaving the Voltaire’s door hanging ajar. The passenger side used to beep open with the keys in, but Trifle had smashed out the beeping gizmo. 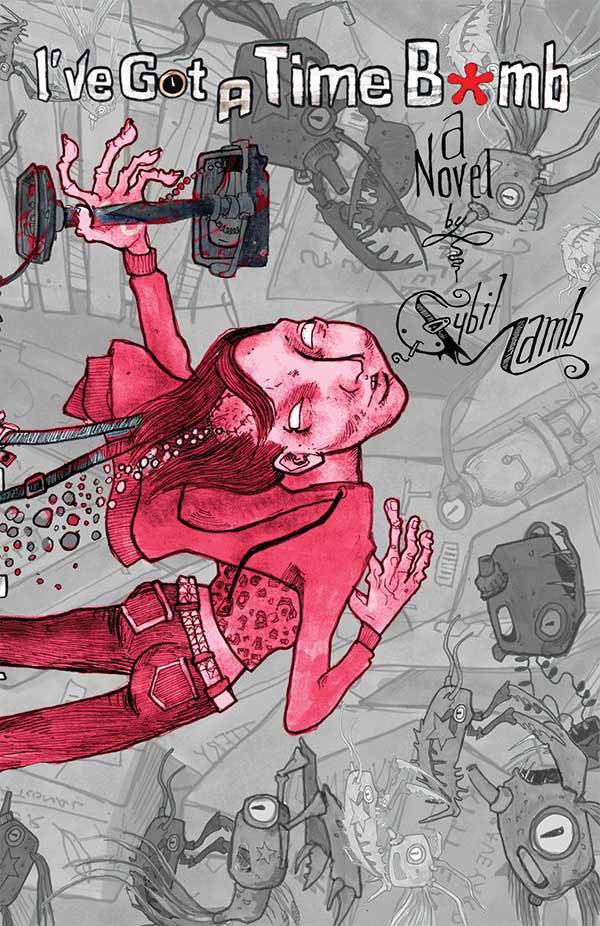 This dystopic, mysterious, and engrossing novel centers on protagonist Sybil D’Lye and her survival of a vicious transphobic beating that nearly leaves her dead—which, as Lamb has noted, is the one thing in the book that is “100 percent fuckin’ true.” After emerging with a new brain from a hospital in Morteville (a stand-in for New Orleans), Sybil continues with her life in “the lonely corners of Amerika.” It’s nearly impossible to describe Lamb’s prose. Someone—I forget who—suggested she writes “like Kathy Acker meets William Burroughs,” which gets close. I’ve Got a Time Bomb will change anyone who reads it.

Language keeps its secrets, pink tongue roses, blooming
The intoxication of death or you, a body becoming its own

Name or sounding it out, slivers of cool wrists
Broken, inscribed as accident, an accent encrypting

A change of sex, the languish of your shadow.
Or the sounding bell of this word’s breach:

What a sex is, is forever misled. 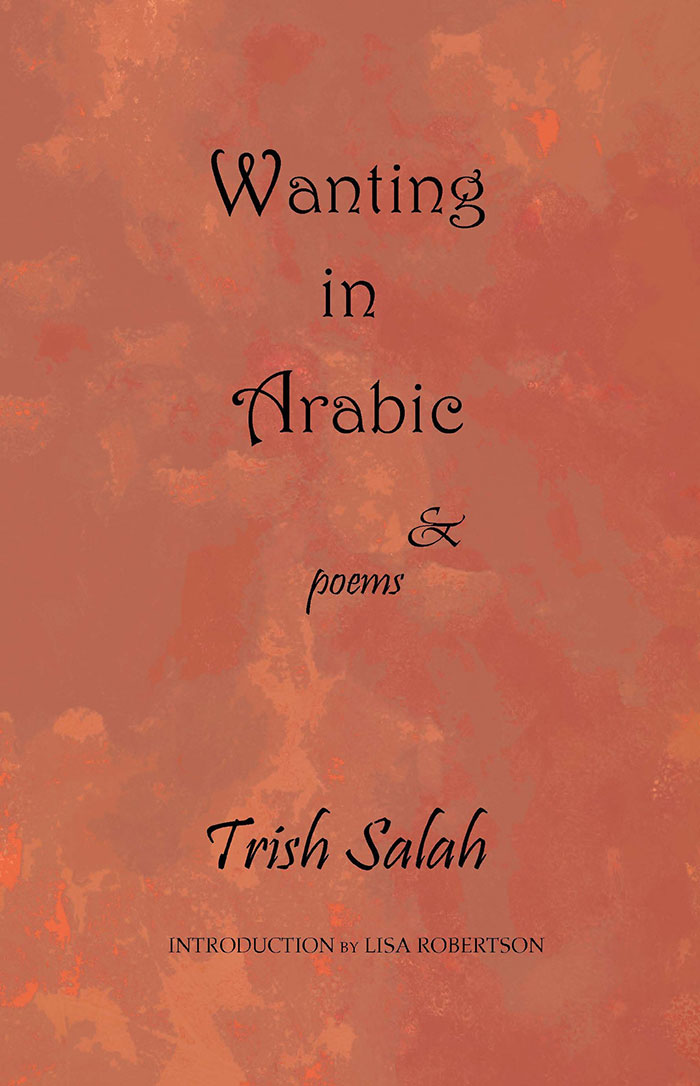 The oldest title on this list, Salah’s first book of poetry was published over a decade ago, though its recent re-release won a Lambda Literary Award. Employing a number of different poetic modes, Salah’s writing is by turns political, evocative, and quite often hot. A Lebanese-Canadian from Nova Scotia who never saw her father’s homeland nor spoke his tongue, Salah explores the nuances of identity, and her writing is simply gorgeous.

The night is still, so still that if a breath wanted to pierce the air it could not. No movement, no remembrance only the absence of time. Mei Lin moves about the palace with a liberal speed, adorned in darkness and girded against happenstance, her footsteps are the echoes of thoughts. If they were to be heard forgetfulness would have already devoured them. 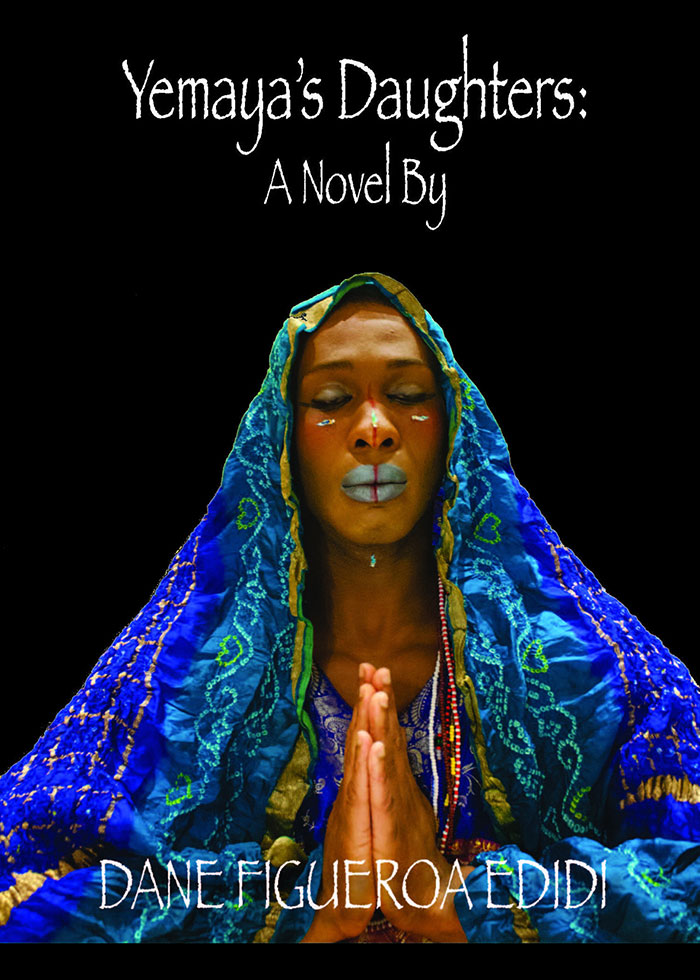 Edidi’s poetic, non-linear novel follows a group of sisters (cis and trans) who travel to America from an uncolonized area in Africa. Yemaya’s Daughters focuses on the fates of two women: Inanna Au-set Oya, one of the sisters, and Maryam, the mother of Jesus Christ. Although Inanna and Maryam are the protagonists, the sisters’ side stories are seamlessly interwoven as well. The fact Inanna is trans is not insignificant, but, refreshingly, not the novel’s obsession either. Edidi has said of the book, “I . . . didn’t want to write a sad trans story or one in which cis women and trans women are at odds. I wanted to write a story that ultimately celebrates women and sisterhood. I want to reclaim the story that Colonization tried to steal from us and erase.”

So they became friends, they ate lunch together, it was a new relationship, even though it wasn’t supposed to be a make-out relationship. They talked about stuff, he explained stuff to her—he loves to explain stuff—and she was like, oh my god, here is a person who knows the real smart truth about transitioning! Gender truly is a construct!

Eventually you can’t help but figure out that, while gender is a construct, so is a traffic light, and if you ignore either of them, you get hit by cars. Which, also, are constructs.

They fucked in a Burritoville bathroom. 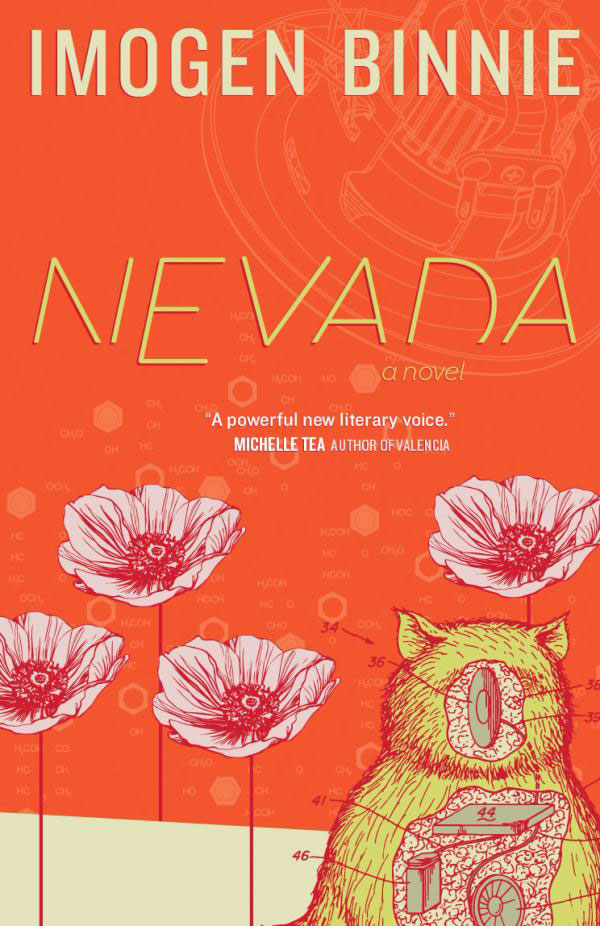 It’s hard to know what to say about a book that has so quickly and dramatically changed the face of trans literature. When Maria, a trans woman, finds herself without a job or a girlfriend, she steals her ex’s car and leaves New York in search of a new life. She thinks she finds purpose in mentoring the likely closeted James, but it turns out it’s not so easy for the two of them to get along. Nevada is the kind of book that is fun to read but, at the same time, leaves you sobbing. Not everyone will go for the rapid-fire pace of Maria’s inner monologue; those who do will finish the book in a day. (I wrote about Nevada at greater length here on my blog.)

Casey Plett is the author of Little Fish, a novel, and the editor of the sci-fi and fantasy collection Meanwhile, Elsewhere.