Christ, You Know It Ain’t Easy | The Walrus
Skip to content 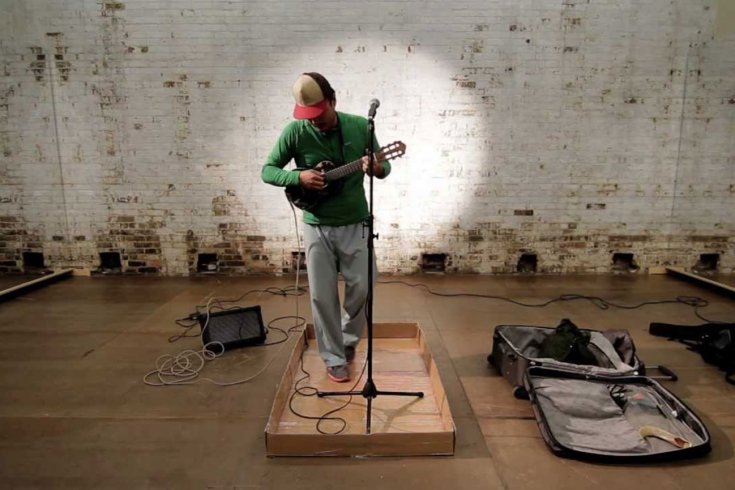 Still image from Subway Stations of the Cross trailer on Youtube

Via Dolorosa—the Way of Grief—is a street in the Old City of Jerusalem that marks Christ’s path of suffering, dragging himself and his cross from one station to the next. Toronto’s eastbound King streetcar is no ancient or sacred space. It’s hardly even a space, packed so full of swaddled and winter-bulked commuters that playwright and actor Ins Choi must lean against the ledge across from the back doors, hands gripping a pole as the streetcar comes to another abrupt stop. Toronto’s beleaguered transit system—“The Better Way”—seems like a painful way, especially at rush hour.

Choi’s newest work, Subway Stations of the Cross, begins a limited run tonight at Toronto’s Soulpepper theatre, and the poems and songs are also being published this month by House of Anansi—a bundle of accordioned pages filled with lush illustrations by Choi’s childhood friend, artist Guno Park.

The title was a bit of an accident—not a commentary on mass transit. “In the process of creating it, I used the Stations of the Cross for structure, fourteen of them,” he tells me. “At another point, in another year, it was set on a train going from station-to-station with me singing like a busker.” Eventually, the subway backdrop was cut in favour of a more abstract setting. But Choi remained attached to the title, a blend of contemporary urbanity and ancient passage. He recalls his own experience at church, pausing before each station of the cross to meditate on it before moving on to the next. “Whether it’s a stained-glass window in a cathedral, or the real one in Jerusalem.”

A youthful-looking thirty-eight, Choi is best known for his 2011 hit, Kim’s Convenience, which broke box office records at the Toronto Fringe Festival and Soulpepper before touring theatres like the Vancouver Arts Club and Edmonton’s Citadel, with most of the original cast intact. Recently, it was announced that the CBC had picked up the show as a part of their 2015–2016 season; a choice nearly as unprecedented as ABC’s to produce Fresh Off the Boat, an adaptation of Eddie Huang’s memoir of the same name. Kim’s shares little with Fresh off the Boat other than having an Asian family at centre—auspicious in its own right.

Choi’s latest work doesn’t foreground race the way that Kim’s Convenience did, but it goes into similarly estranged territory. Costumed in greying rags and a long, knotted wig, Choi plays an unnamed, homeless troubadour—based on a man he met in a downtown parkette. As with Kim’s, he takes less visible figures—non-white, homeless, neuroatypical, hell, Christian—and gives them theatrical voice.

Even the encounter that inspired Subway Stations feels like a New Testament B-side: “I was sitting on a park bench, and this guy who looks like he had a rough night approaches me. Long hair, a stick. So he comes up to me and says ‘Can I show you something? ’ My guard’s up, but I tend to give people the benefit of the doubt. And then he starts drawing on the ground, Hebrew letters, talking about what they mean. Midway through, I thought—he’s a genius, an angel, or crazy. But he gave me something.”

Choi describes coming-of-age in Toronto after moving from South Korea at the age of two. “I felt lost and confused, didn’t know who I was,” he says, pushing back his baseball cap and tugging it down again—a charming, non-verbal um. Brought up as In-Surp, he was eager to escape his foreign-sounding name by grade nine. He renamed himself Danny after watching the movie Grease, deciding that Travolta’s leather-clad, hot-rodding character name suited his new persona better than In-Surp. He took the name back in his first year studying acting at York University, later shortening it to Ins, which rhymes with mince.

Unique to Choi’s work is the unabashed Christianity informing it. Drama and faith were concurrent in the plays and pageants at the Toronto Korean Bethel Church where his father was pastor.

It is a mistake to ask him about Christianity on the streetcar, though. Choi’s voice drops to a stage whisper—“why don’t we talk about that at the theatre,” he says politely. (We are en route to Soulpepper’s home in the carefully preserved Distillery District, where Choi is a company member and resident artist.) So we move onto other subjects—parenthood; Louis CK; a 2010 production of The Cherry Orchard that saw Choi stuffed into a rug like a human Fruit Roll-Up.

When we finally reach Soulpepper’s labyrinthine facility, Choi takes me into a rehearsal hall filled with props and pieces from various shows. “I’ve always been attracted to Jesus as a vagabond and storyteller,” he says, picking up the dented tungsten light that he uses throughout Subway Stations. “Feeding the homeless, clothing the naked, the fatherless, and the widow. Those tenets of Christianity speak more to me than strict, doctrinal, right-leaning Christianity.”

Carefully placing a wooden peg leg with leather strap back in its cubby—it belongs to Accidental Death of an Anarchist, in which he recently starred—Choi admits he’s not very open about his beliefs, even if the theatre he makes seems transparently faithful. “I’m a visible minority,” he says with laugh, “and then there’s this other . . . little segment” he adds. “[Christ’s] real identity was clothed in humanity. The ultimate outsider, the ultimate other.”

Perhaps being a devout Christian—who also happens to be Korean Canadian—impels Choi to cover what can be covered. In art, his identity is clothed in performance and housed in the safety of theatre. There, he can give voice to prodigal sons and holy fools and other people consigned to obscurity. Choi thanks God for giving him “enough faith to let me play” in the introduction to the published edition of Kim’s Convenience, and it is in play that he reveals the extent of his faith—and his humanity.

A Controversial Playwright Takes on the Arab-Israeli Conflict 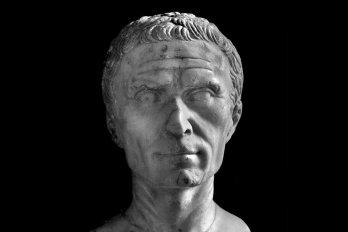