My Father, the Secret Pornographer | The Walrus
Skip to content 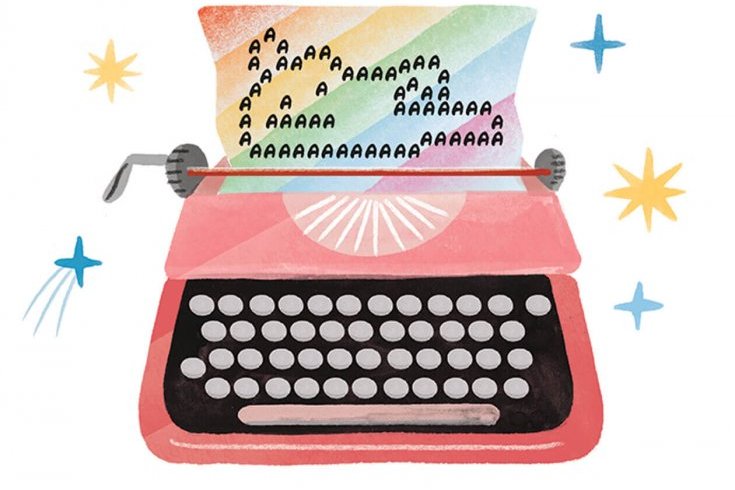 His was not bathroom-stall salaciousness; it was clearly aimed at the literary set. As a B-side bard in a university post that never thrilled him, Albert had side projects that made allusions to the greats, wrapped inside lines like “Harris thinks of himself as twice his size, standing astride the shallow pool above Charles.” Digging through my father’s unpublished manuscripts from the 1970s, which I found in a box many years after his death, I wasn’t sure what amazed me more: his plots full of missed sexual encounters, oceanic masturbation scenes, and society seductions or the fact that the figures of his imagination appeared to inhabit the same beloved tidal pools of my youth. Albert’s naughty novellas, Ramshead Passage and Battery Foote, were set on the island where my sister and I spent over a decade of summers as kids.

The little island in Casco Bay, Maine, had no stores, no cars—only an ancient fire truck that would make its way to the twenty-odd family dwellings if need be. Other than that of the island ferry, there was also no daily schedule—a fact my parents, who were both otherwise hard-working academics, relished. Games and sports were elaborate all-island contests, dress-up parties frequent, theatrical productions legendary. Albert was at the centre of it all.

A good Catholic boy from a small New England mill town, my father surprised everyone by becoming a stage actor in New York after high school. His decades of adventurous existence had slowed, however, by the time I was born, on his fortieth birthday. But even though he had the trappings of “normalcy”—a couple of degrees and tenure in the English department—he was unlike all the fathers I knew. He possessed what my mother affectionately called “flair,” as evidenced by letters he composed to the Portland Press Herald, which were filled with Shakespearean references; his extravagant dress sense, which on one occasion included a full toga and blond wig studded with grapes; and a penchant for composing odes, limericks, and sonnets to people like Kurt Vonnegut, Noam Chomsky, and Julia Child’s husband, Paul (who, my parents claimed, sent him a sonnet in return).

I hate to admit I was mostly embarrassed by his eccentricities. But, on the island, these feelings melted away. This was a place full of flamboyance, and the summer’s many festivities gave a merry bunch of adults a whole new stage. Here, Albert’s puckish nature and penchant for fabulous costuming found a perfect outlet.

What I didn’t realize is that the island created other allowances for him as well. For one, he had time to write. He also had sources of inspiration for his secret projects, such as parties in turn-of-the-century cottages complete with pantries, porches, attics, and garden follies where he could imagine his characters’ illicit dalliances.

But, most importantly, he had a kind of freedom—the freedom to live life sensually, imaginatively, fully—he didn’t always have on the mainland. I think my parents had made a sort of deal with each other: my mother had been burned by love in the past and preferred my father’s amiable rather than amorous affections. In exchange, she “covered” for Albert and let him be who he needed to be.

Until Albert came out when I was in my thirties, I didn’t know that my father needed to be anything other than the self he presented. But after I found his manuscripts, everything snapped into focus. Our favourite island haunts had been the setting not just for childhood adventures but also for existential, adult transformations. As I read his words, I began to see that Albert wrote other versions of himself into being every summer through his various characters:

The sun is warm, there is a tidal pool near to where Charles emerged from the brush. He strips, enters the pool. He feels cleansed, renovated by the dip and also sexually aroused by the sun and bracing water. . . . He now associates his newly discovered sexual energies with these elements—they mix, one with him.

There was always something about the island’s “energies” and “elements” that my father, in particular, absorbed. And he found a potent way to translate this. Now, as an adult, with these manuscripts in my hands, I don’t feel a shred of embarrassment, only pleasure. Pleasure in imagining him face to the sun, wading into bracing water.