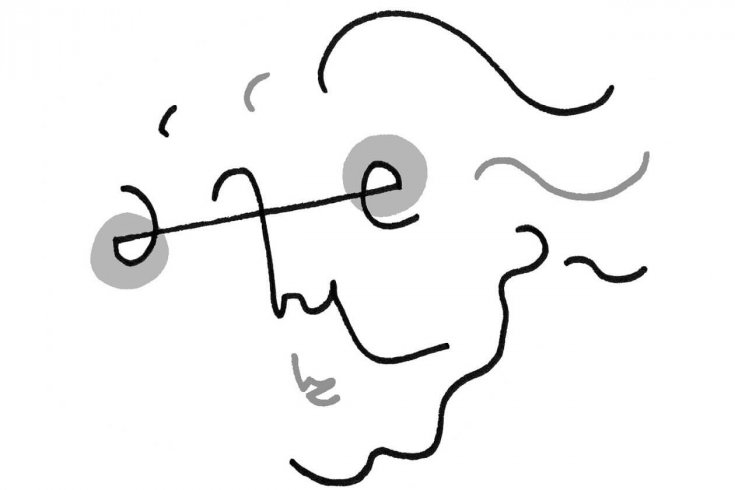 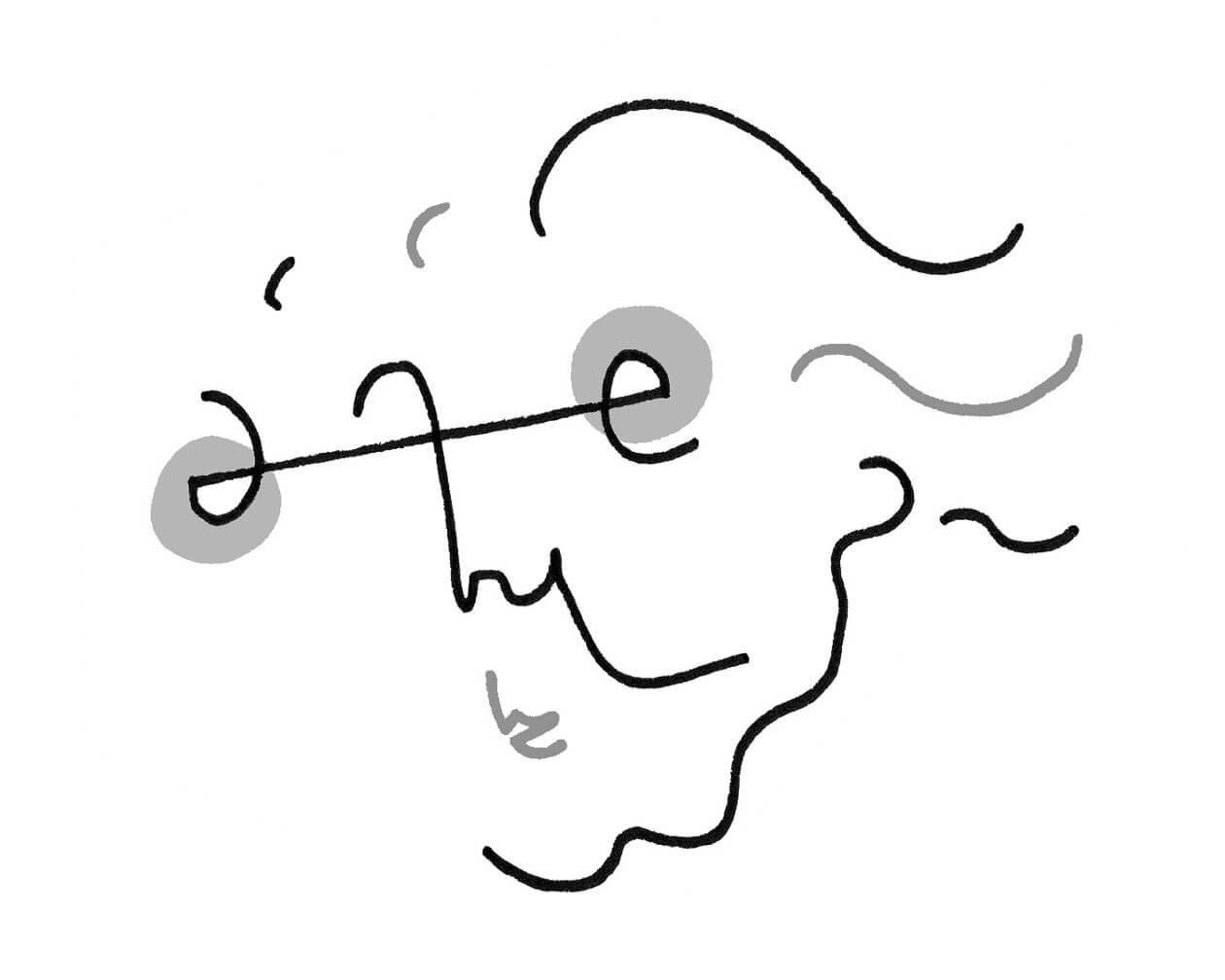 T he World Is a Lousy Person. I want that to be my epitaph. Hooman’s is At Last . . . Peace, which is idiotic; he was in perfect health when he dropped dead. His daughter picked it out. She paid for the headstone. Hooman and I weren’t technically married, which was fine by me. Marriage is a solemn vow that you’ve run out of ideas. I’ve still got a few.

When Hooman died, I gave up smoking, though I still smoke. Only when I get—grippy. I get grippy, and if I don’t lay my hands on a cigarette fast . . .  If I were hanging from a cliff and someone held out a cigarette, I’d take the cigarette. I only met Hooman, really, my soulmate, because of cigarettes. That was ten years back. On the worst day of my life.

I was grippy that morning, so I dug enough change from the swear jar for bus fare plus a pack of Silverados, only. I don’t let muggers get rich, on principal. I grabbed Jean-Claude, my beechwood cane, a gift from my hippie sister. And walked to the bus stop.

You can learn too much about humanity pretty swiftly at the bus stop. There was a drunk waiting, a foreigner, so of course he talked to me.

He shook his head.

“An optimist,” he said, walking away.

It’s a modern world; it’s hard not to be judgmental. When you’re my age, judgement is all you’ve got. Prejudice. It’s evil but if you soaped it away . . .  We’d be the same shiny-faced idiot, all of us—and kill each other out of boredom, not wrath.

A teenager with a belly and a baby took out a cigarette.

I shook my head.

I could’ve killed for that cigarette.

I’ve been going to Black Star Tobacco since I was fifteen. I dated the owner, in those days. He was thirty-six. He gave me a ten per cent discount. His son still gives me the discount.

“Do you know Heather?” the drunk asked me. He’d sat across from me, of course.

He thought about it.

“I don’t know,” he said, closing his eyes. “Just some girl named Heather.”

The white lines on the pavement were turning into cigarettes. I felt like clocking someone. I practice benevolence by smoking. The Hindu in front of me reeked of smoke. That helped a bit.

The drunk fell on the floor. He didn’t even wake up.

I yawned. Black Star is on Rae Street, which was still a good ways. Grippiness is tiresome.

I closed my eyes. For just a minute.

I woke up. The bus wasn’t moving. It was empty. The driver’s eyes were pasted on my forehead.

“You’ll have to pay the fare again.”

“Then I won’t have enough for cigarettes,” I said.

“Then you’ll have to get out.”

“How far is it to Black Star?”

He crossed his arms.

The sign said Regal Street but the houses were mostly boarded up. The ones that weren’t were hemorrhaging children.

I figured it was an hour’s walk, maybe more, to Black Star. At least I had Jean-Claude with me.

Someone yelled Allah. I walked faster.

I looked over my shoulder. A wiry guy was staring at me. A drug addict. I kept walking.

I looked back again. He was closer.

“Hey, can I ask you something?”

I stopped—because he was in front of me.

“I’m saving up for college.”

When I tried going around him, he made a move for my purse. I swung Jean-Claude but the guy caught him. He yanked him from my hands. Then he smiled like a televangelist.

I crawled under a three-legged desk next to a dumpster. There were cigarette butts everywhere; I almost smoked one. There were broken chunks of brick, so I picked out a big one.

My ears were still ringing. My lip was bleeding. My back hurt a little.

Voices. Non-English voices. They were getting closer.

I prayed to a merciful god. Even though I’m Catholic.

People came and went. If anyone noticed me, they didn’t show it. Bleeding by a dumpster is common in a lot of neighborhoods. Actually, the bleeding had stopped, the ringing. I just had a headache.

The drug addict didn’t think of taking my watch. It was four o’clock. Black Star is typically open till six. I wondered if they’d take an IOU.

I tried to get up but my legs gave out. I was so grippy, I was an invalid. The beating didn’t help but it was mostly grip. If I’d had a cigarette, I could’ve stood up, easy.

So I sat there, thinking. That’s when I cooked up my epitaph. And decided I’d like my ashes mixed with cigarette ash. That’s in the will, now.

Footsteps. Feet. Sandals. Khakis. That’s all I could see.

I squeezed the brick.

“You need any help?”

The man crouched down. He was my age or older. Foreign, though he didn’t sound it. Beechwood brown, like Jean-Claude. I didn’t think he was a drug addict. You can’t always tell.

The foreigner looked me over. I was ready with the brick.

“Should I call someone?”

“I just need a cigarette.”

He pulled something out of his shirt pocket, held it out.

I dropped the brick. And grabbed the cigarette.

Then he took my hand.

We lived together for seven years, Hooman and I. Happy years. The best of my life. I’d been celibate since 1980.

Every Sunday, I go to Forever Rest and sit a Silverado on Hooman’s gravestone. Then I smoke it for him. I check on the relatives I’ve outlived. Non-smokers, nearly all of them.

The World Is a Lousy Person. I’m still going to use that. It isn’t strictly true.

It would be true, though. If it weren’t for nicotine.