Understanding the Zionist Religion | The Walrus
Skip to content 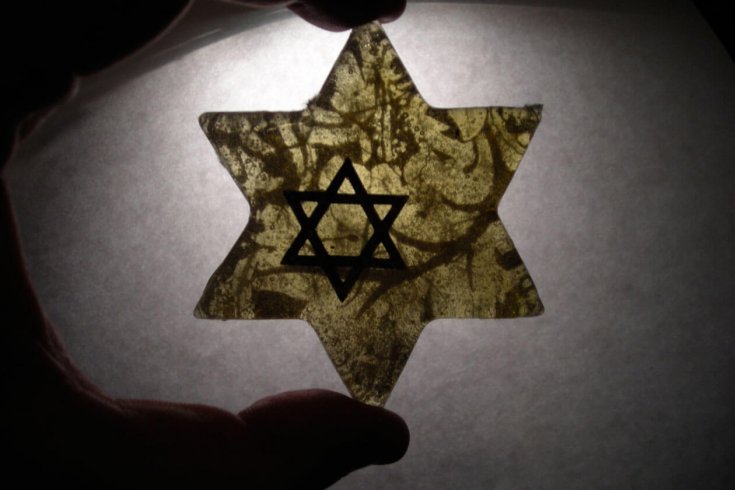 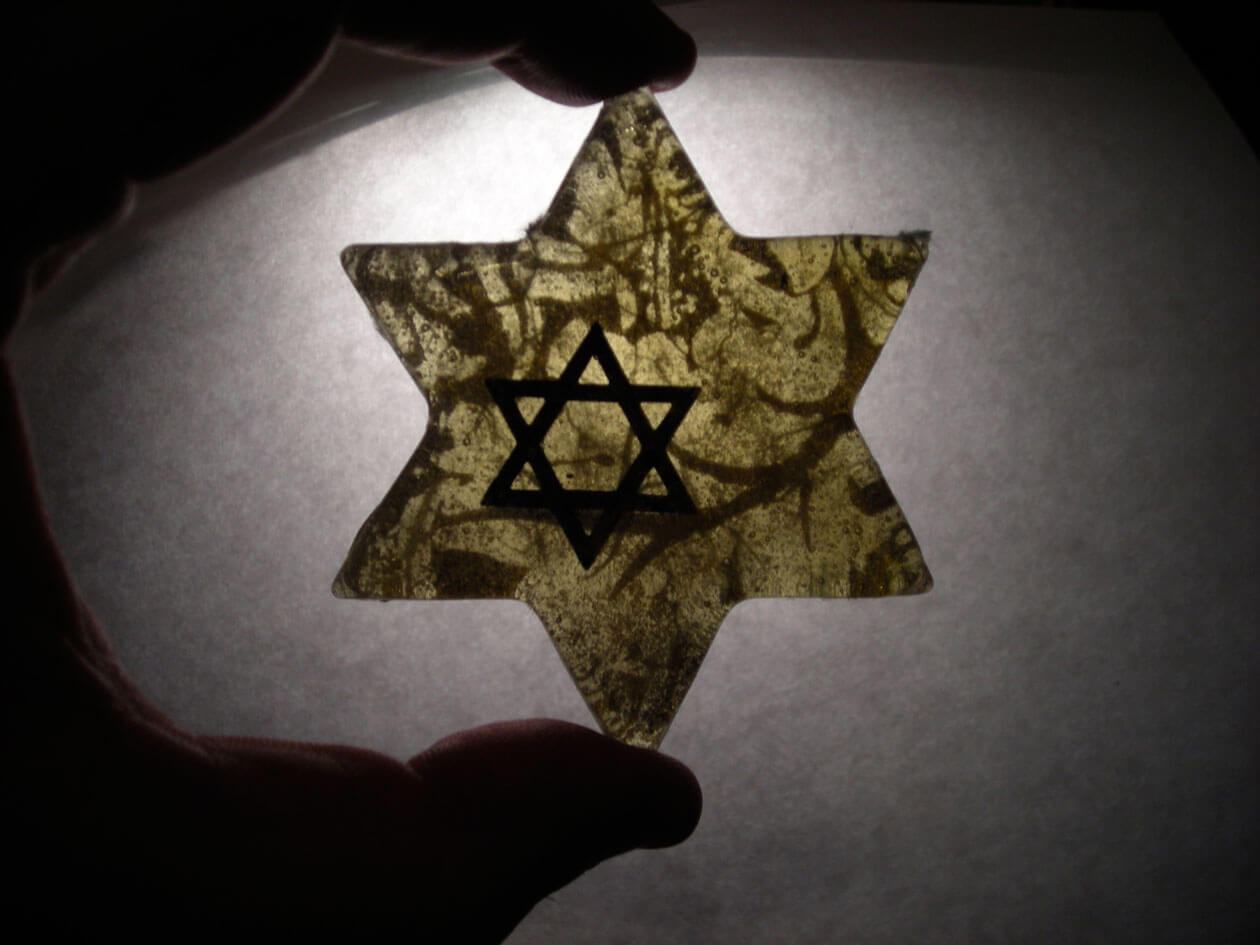 Today marks the beginning of Passover. It’s a time when families come together for prayer, food—and intense discussions about the Jewish condition.

The Passover ceremonial meal—the Seder—is part feast, part ritual, part history lesson. Its narrative is rooted in Exodus, the Old Testament book that most perfectly encapsulates the great themes of Jewish history: suffering, belief, miraculous deliverance. But it is no simple fairy tale. Unlike Jesus and Mohammed, Moses is presented in scripture not as a perfected specimen—but as a complex, flawed human being. His weak-willed followers betray their flaws as well, lapsing into lurid paganism once Moses ascends Mount Sinai to receive the Ten Commandments from God.

The retelling of the flight of Israelite slaves from Egypt inevitably reminds thinking Jews of modern controversies about human rights and power imbalances—which is why the Seder invites not only religious introspection but also political debate. Exodus also lays plain the awkward schism line between modern universalist values, and the ancient idea of Jews as “chosen.” “Ye have seen what I did unto the Egyptians, and how I bare you on eagles’ wings, and brought you unto myself,” God narrates to Moses. “Now therefore, if ye will obey my voice indeed, and keep my covenant, then ye shall be a peculiar treasure unto me above all people.”

I am not an observant Jew. But I have always admired the Jewish tradition of vigorous debate and intellectual inquiry. Decades ago, I once interrupted a family Seder to ask whether God’s slaughter of Egypt’s first-born sons (the last of the ten plagues on the Pharaoh) was not just a particularly effective form of political terrorism on behalf of an oppressed people? It was one of those clever things that boys say to shock their parents—but I remember getting a very fair and thoughtful hearing on this question from my family.

At other Seders, I have seen hosts supplement the traditional symbolic foods with provocative additions such as tangerines (to represent gay rights), artichokes (interfaith marriage) and olives (peace between Jews and Palestinians). That last item is particularly sensitive, because attitudes toward Israel vary widely within the Jewish community—from left-wing activists who support the Boycott, Divestment, and Sanctions movement; to those on the hard right who advocate the outright annexation of the West Bank.

For decades, Israel always has been the one subject that can destroy any Jewish friendship. Yet in most Jewish families, relatives have found a way to get along at the Seder table. Peaceniks and Zionist hawks alike acknowledge the need to stop bickering with one another long enough to get through the Four Questions.

But how long will this cold truce last? During the Harper years, the squabbling within the Canadian Jewish community over the Israel issue sometimes turned into shrieking—in large part, I believe, because so many older diaspora Zionists now spend much of their time surfing the Internet for news about Israel. At a recent large speaking event at Holy Blossom Temple in Toronto, for instance, a middle-aged woman proudly told the crowd that she spent eight hours a day on Facebook groups devoted to the subject. Other crowd members seemed to regard this as an admirable lifestyle choice.

Back when I was a child, you might argue with your cousin about Israel at Seder once a year. But these days, you can argue with him every day on Facebook—with the result that the two of you might not even deign to share the same meal when Passover comes around. Many Jewish retirees I know have quite literally made online Israel advocacy a full-time calling—because the Internet allows them limitless access to articles, Youtube videos and factoids to distribute within their like-minded networks.

In some cases I have observed, it is not an exaggeration to say that Zionism is not just the dominant factor in Jews’ political lives—but also in their spiritual lives. Many Canadian Jews who long ago gave up attendance at Saturday morning synagogue services will quite eagerly show up on a Tuesday evening to see a speaker from Jerusalem or Washington denounce the Palestinians, or recite evidence that a “stealth jihad” is taking over Western societies. When engaged in conversation, they quote approvingly, and at great length, from the canon of Krauthammer, Steyn, Frum, Fulford, Pipes, Podhoretz, Netanyahu, Dershowitz, Harper, Baird, Horovitz, and Stephens. They also will list names from a canonical enemies list—Noam Chomsky, Barack Obama, Naomi Klein, every imaginable UN agency, Richard Goldstone. These ardent diaspora Zionists possess a level of fervour and dedication to their faith that would make any Yeshiva student proud.

Jewish leaders are constantly fretting about the integrity of their communities—especially in regard to the threat from intermarriage and secularism. And a multitude of Jewish organizations promote trips to Israel, hoping that a visit to the Holy Land will solidify Diaspora Jews’ connection to Judaism. But it now is becoming apparent that Zionism isn’t just a support structure for Judaism. To many Jews, it’s a full-blown replacement.

Does it seem odd to describe a nationalist and political movement in religious terms? Consider some of the bare elements of what any Abrahamic tradition provides us: a system of rules that divides humanity between good and evil, rituals and phrases that mark adherents from non-adherents, the belief that human history is being guided in a way that favours the righteous, and a mandate for the prosecution of apostates and heretics. In its now-common, doctrinaire form, hardline Zionism provides congregants with every one of these elements. Which explains why, during the last federal election campaign, so many Zionist Jews in Toronto and Montreal told me that the only issue they were voting on was Israel—not because they don’t care about our own country, but because they believe, on a faith-based level, that a politician’s attitude toward Israel acts as a proxy for their righteousness and moral worth more generally.

I should add that I generally consider myself a Zionist—at least in the way the term once was used—and visit Israel often. Its flourishing culture, high-tech industries, and robust democratic tradition are all extremely admirable. But I also acknowledge that Israel is, in the end, just a country—with a flag and a legislature and an army and a census. It is not a city on a hill, or a Light Unto the Nations. And so our attitude to this country—or any mere country—should not define whether we are good human beings or bad human beings.

A few weeks ago, I appeared at Holy Blossom to debate National Post columnist Barbara Kay—a woman who has cooked me not a few Passover Seders in her time—on the issue of political progressivism within Judaism. In her speech, she railed against liberal Jews who advocate against Israel, calling them “apostate Jews,” “pathological,” “disordered,” “fifth columnists,” “Jewdiots,” and “enemies of the Jewish people.” She also compared anti-Israel Jews, in moral terms, to South Asian fathers who honour-kill their own children; and declared that the worth of a Jew should be measured by answering a single question “What did you do to secure the state of Israel?” For this, she received a rousing ovation from a large crowd of middle-aged and older Zionists. (Her arguments are set out plainly in this National Post column, which was based on her remarks at Holy Blossom.)

This is not the language of geopolitical debate. It’s the language of excommunication. And it represents an increasingly popular spiritual movement—one that directs its worship toward a nation instead of a God.