Mr. Weaver Goes to Victoria | The Walrus
Skip to content 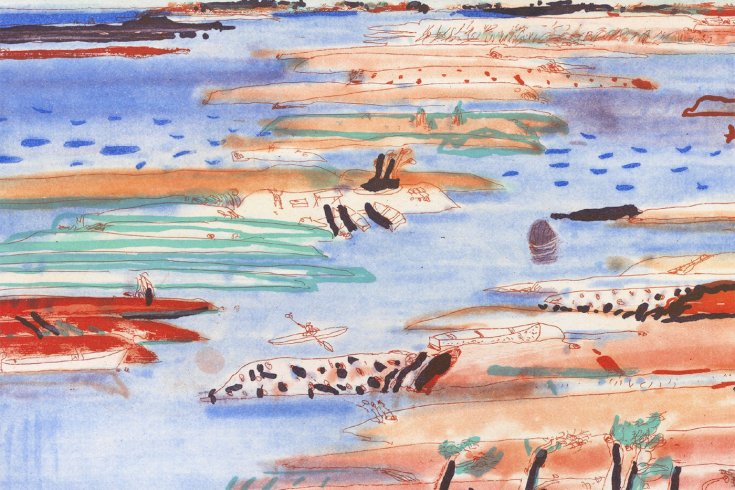 From the public gallery, the floor of the British Columbia legislature looks as if it were designed for a much smaller province. The government and opposition benches form a gentle S curve as they extend up the aisle from the Speaker’s chair, narrowing to make room for a few extra seats on each side. Seven governing Liberals sit on the minority side, separated from the NDP opposition by two “independent” members. Andrew Weaver, the member for Oak Bay–Gordon Head and the only credentialed climate scientist in the legislature, occupies one of those seats, though he is not actually an independent. In fact, he is the first provincial Green Party representative ever elected in Canada.

On the afternoon of May 26, Weaver rose to speak on an NDP amendment to the government’s Bill 24, which would open up more land for non-agricultural development. A thick sheaf of notes sat on the wooden podium perched atop his desk. He hoped to delay the vote on the bill, which was a prime example of what he likes to call “decision-based evidence making”—the manipulation of facts to fit a predetermined policy goal.

This was the moment Weaver had been waiting for. During most of question period, the government and opposition had hurled accusations at each other about the looming teachers strike. Members of BC’s Legislative Assembly favour the one-handed desk pound as a default expression of approval, which means that, from the galleries above, they resemble a mechanized army of those waving plastic Japanese cats. Weaver cradled his head in his hand more than once, like a professor patiently enduring his students’ pre-lecture inanities. At the conclusion of question period, the majority of his fellow MLAs and the entirety of the press gallery made for the exits, leaving him to address a legislature occupied by fewer than a dozen sitting members.

Until the 2013 provincial election, this was foreign terrain for Weaver. A world-renowned scientist at the University of Victoria, he had never held a party membership. Instead, he spent most of his time running one of Canada’s most important climate modelling laboratories and serving as a lead author on Intergovernmental Panel on Climate Change reports. Although he often spoke publicly about climate change and oversaw the installation of weather stations at schools across Vancouver Island, he was not a political figure in any sense.

Weaver’s public talks almost always ended with a pitch to young voters to recognize climate change as an issue of “intergenerational equity.” Older generations, he argued, will be least affected by the coming calamity and tend to vote for stability, which means reinvesting in the fossil-fuelled status quo. “I’ve been giving this talk I don’t know how many times,” he says. “And invariably people say, Well, politicians are all the same, there’s no one to vote for. And I say, If you don’t like who there is, you get out and run yourself.”

Still, to many who knew Weaver as a scientist, the announcement of his candidacy for the BC Green Party in suburban Victoria was a surprise. (Full disclosure: I was a federal Green Party candidate in 2012, and donated some sign templates to Weaver’s campaign.) Even presuming he could pull it off, why would someone at the peak of his career in such a vital scientific field choose to occupy a backbench seat in a provincial legislature, listening to the relentless drone of talking points?

“I’m fifty-two,” Weaver explains. “Call it the Wayne Gretzky effect. The last thing I wanted to do was, you know, get traded to New York and play out those last couple of seasons and just be like everyone else.” He had grown weary of the committee and administrative work that came with a senior academic position. What the climate crisis needed, he felt, was the political will to take real action.

The provincial electoral district of Oak Bay–Gordon Head overlaps with the federal riding of Saanich–Gulf Islands, which elected federal Green Party leader Elizabeth May in 2011. Although BC Liberal cabinet minister Ida Chong had held the seat since 1996, the Liberals and NDP both ran profoundly uninspiring 2013 campaigns, and Weaver beat Chong by more than 10 percent of the total vote. For the first time, the province had a Green MLA.

On the legislature floor many months later, Weaver lectured at length against Bill 24. His speech was cheery and professorially smooth, filled with quotes from rambling constituent letters and a self-deprecating joke about their relevance, which elicited the first grin of the day from the Speaker. The agriculture minister, Norm Letnick, spent most of the time staring at a tablet. Weaver closed with an urge for caution and an impassioned appeal to the primacy of scientific evidence. He was palpably delighted to be speaking, almost certainly in vain, to a vital environmental issue of the day.

Chris Turner is the author of The Patch: The People, Pipelines, and Politics of the Oil Sands. He is based in Calgary.
Jeannie Phan